Ducati to rev up superbikes for Indian market 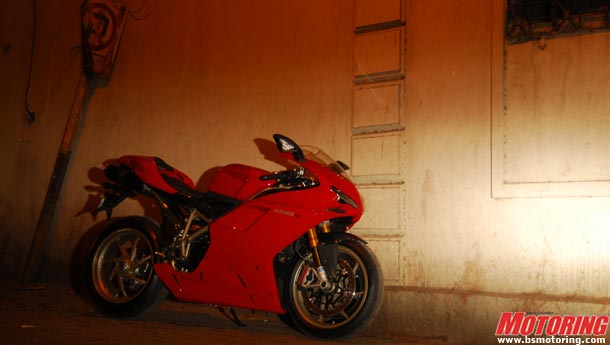 Bullish on the Indian superbikes market, Ducati India aims to sell more than a couple of thousand bikes annually in the country by 2014-15, a figure to reckon with considering the company sells around 8,000 bikes per year in Italy, its home. Ducati, however, does not plan to start completely-knocked-down (CKD) manufacturing in India anytime soon.

"Italy is the biggest market for us, where we sell around 8,000 bikes a year", informed Ashish Chordia, CEO of Ducati India. Ducati started its journey from Italy way back in 1926 when the company was founded by the Ducati brothers.


"India would be one of the major markets for Ducati in the coming years, we are very positive about our growth here", said Mirko Bordia, CEO, Ducati Asia Pacific. The company, that entered the Indian market in November 2009 and had sold 12 bikes that year, managed to sell 100 bikes in 2010 from its two dealerships in the country.

Ducati India is now all set to open 11 more dealerships across India by June next year including cities like Bangalore, Pune, Hyderabad, Chennai, Jaipur, Chandigarh and Kolkata.

It opened its third showroom in the country in Ahmedabad on Wednesday, and already has around 15 bookings. "We could have sold over 150 bikes in 2010, but did not have supply. We see good demand for our bikes here, and are planning to sell over 300 bikes in 2011," Chordia said adding that Ducati is the only superbike maker in the country which is offering its entire global bikes range in India as well.

The company is bringing in three new models of Ducati bikes in January next year, the Ducati 848 Evo, 1198 SP and the new Diavel. Currently, the Monster M 796, priced at Rs 8.2 lakh, is the most popular model in the country.