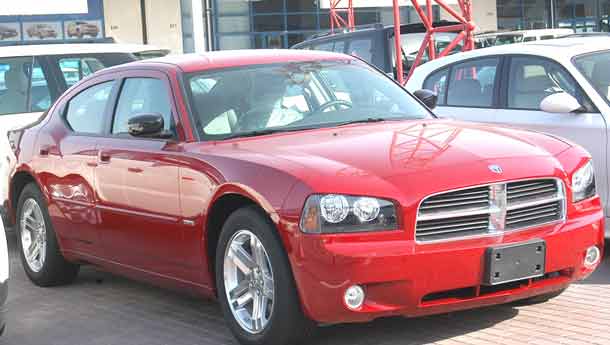 What do you expect to see in a used car showroom in Dubai? An ocean of used Corollas, right? So you think. Well, how about an ultra rare Zagato-built Alfa Romeo for starters?

A friend who really knows what excites me the most took me straight to a huge used car arena on the outskirts of Dubai. The sun was searing and its rays reflected on acres of glittering metal. Mercs of all kinds – from ageing yet pristine looking 190s from the 1980s to a new S-Class – were available for sale. The Indian population apparently has a genuine affection for the three-pointed star and they can pick up a decent E-Class (W124) for a fraction of the money that they would spend on a new Kia sedan. The entire market is divided into small shops and most of them specialised in certain brands.

So I encountered a Hummer speciality guy who had everything from H3s to stretched H2s – surprisingly, I could find none of the original H1s which starred in the Gulf War, which are prize catches indeed. Another dealer had German cars as a theme and his forecourt was packed to the brim with BMWs and Porsches. When we are talking BMWs, we are talking scores of X5s and 7 Series, and the Porsches that he dealt with included a 911 Turbo which I would have stolen and driven off in had the key been in the ignition.

The Italian exotics looked far too new to be seen in a used car arena – with one particular showroom space being shared by a Lamborghini Gallardo and a Murcielago along with a Ferrari F430 (my friend took pains to explain to me that there was an official Italian exotic showroom and these cars would have come through ‘other’ routes).  I was of course forcing my jaw back where it belongs.

Then in the middle of rather ordinary Beemers, I saw a Bentley Continental GT. There were performance SUV centres where one could pick up seriously modified Toyota Land Cruisers and other dune-machines. The terrible heat means people avoid convertibles and there weren’t many on sale either. A separate yard had Mercs and Land Rovers painted in a funny cream-and-green – armed forces rejects at throwaway prices. Not many people buy them since re-painting can be expensive.It proved to be a wonderful hour-and-half and my friend literally had to push me back into his Corolla. Corolla?
Why the hell is he driving a little Corolla when he could be driving a nice, sparingly thrashed M3? Or a red Camaro with V8 power? ‘Buying a car is easy, but maintaining it is not,’ he told me as he eased the Corolla into drive mode. Maybe he has a point, I thought. Since the roads are straight and fast, performance cars are used to the limit and that certainly means higher wear and tear on powertrain components.

What would I drive if I land a job in Dubai? Hmm... maybe I will start with a beautiful Peugeot 205 GTi which I saw being driven out by some lucky new owner and I will certainly work my way up to that 911 Turbo. No, they won’t put you in prison for dreaming big. Yet. BSM