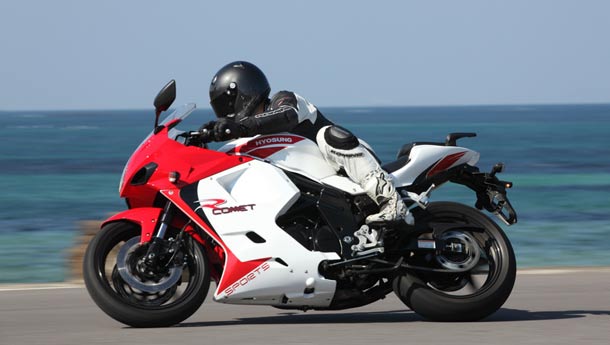 City based DSK Group has entered the 2-wheeler space by buying out the motorcycle business from Garware Motors under the company DSK Motowheels for Hyosung bikes, and plans a Rs 300 crore manufacturing unit.

Around a year back, Garware Motors had tied up with the Korean giant S&T Motors to assemble, market, and sell Hyosung super bikes in the country which will now happen from the DSK Motowheels' stable.

The existing plant at Wai where the bikes are being assembled will be dissolved once DSK sets up its manufacturing plant which will span across close to 60 acre.

The company said that they were scouting for land in Maharashtra, Gujarat, Goa and Karnataka. This new plant, which will see an investment of Rs 300 crore is estimated to be operational by September 2013.

“We are excited to get in to the super biking market and are glad  to be associated with a brand like Hyosung which is known for its stylised powerful bikes. Our core strength lies in front end sales and marketing. We are also known for our service qualities and customer care. We plan to leverage each other’s strengths and create synergies to make DSK Hyosung one of the most sought after super bike brand among the youth in the country,"Kulkarni said.

He also added that DSK Motowheels along with S&T Motors have immediate & aggressive plans for localisation of bikes of upto 90 per cent, to bring down costs and make super bikes more affordable in India.

The company has already started looking for local vendors to be able to do the same and asked them to bring out their samples which would be sent out to Korea for quality inspection.

DSK Motowheels is set to launch a 250 cc version next week which will be priced between Rs 2-3 lakh. Last year Hyosung bikes saw a sale of 611 numbers in India and now Motowheels has targetted to take that number to 750 next year fiscal.