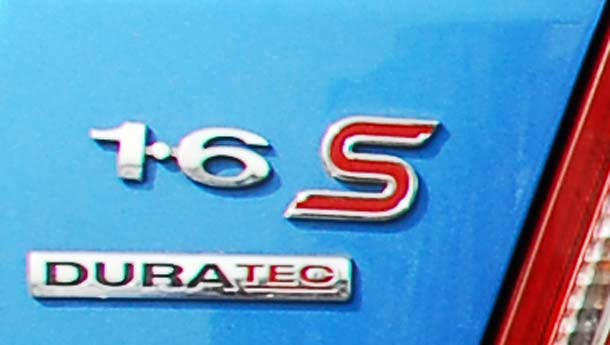 Well, you know this car, don't you. After all, this is probably one of the best handling cars available in the country, and for a price that's not going to break your bank. But if you don't, I wouldn't be surprised. Performance and handling, after all, are one of the rarest requirements for the average customer. And history has proven that cars that focus on those two traits alone never went up the success charts.

Take the Fiat Palio 1.6 for instance. It still is the quickest accelerating hatch in the country and has a top speed on the naughty side of 180 kph. But how many did it sell over the last eight years that it was available? Well, I don't have SIAM statistics to help me, but one thing is for sure, they wouldn't be more than a few thousand to date.

Ford sold the Mondeo as a car that went really quick around a winding course, alas it went even quicker into history books. Honda, however saw relatively good times with the first generation City VTEC, and even today, they command pretty good values in the second hand mart. But that's more of an exception, and the Honda badge somehow still manages to charm people.

And of course there's this, the Ford Fiesta 1.6 S now. Don't even think it's a mere Fiesta with a body kit. The suspension has been revised and includes new damper settings, it runs on 15-inchers instead of the regular 14-inchers. And the tyres use a special compound imported by Goodyear specially for the 1.6 S. Despite being on sale for nearly a year, it really hasn't caught the fancy of the relatively large and discerning Indian car buying base. Ford, in fact even gave it a unique colour - Aquarius blue. Alas, that too hasn't helped matters.

So why am I bringing this topic of discussion out? Well, Ford have been very kind to lend us a 1.6 S for a long term evaluation (after much haggling, must admit) and I can't tell you how much I am enjoying it. The beautifully weighted steering, the fantastic body control, the rev-hungry engine that also produces large chunks of bottom end-torque... the list of things worth liking on it is endless. I hope Ford continue to produce it even though it sells in a trickle. At least it gives some of us performance nuts (and no am not limiting it to us magazine road testers alone) a chance to have some fun for not so much money.