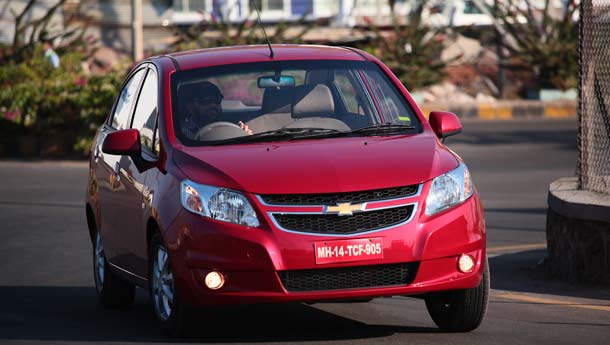 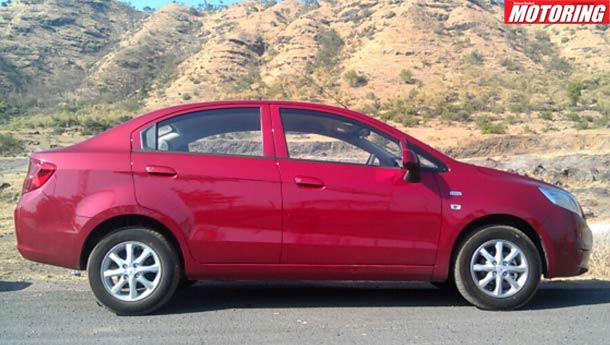 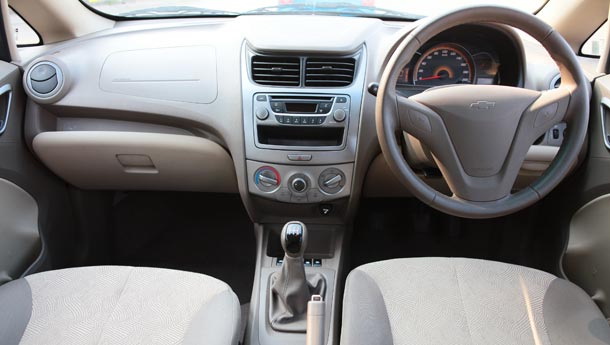 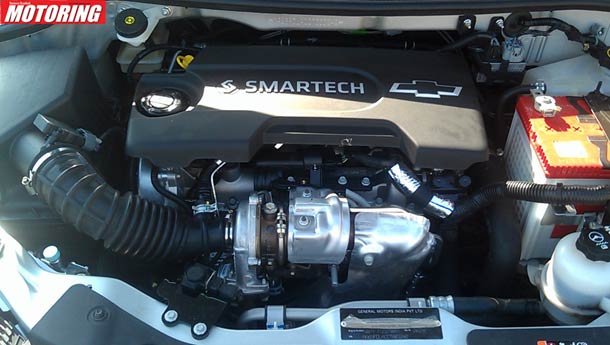 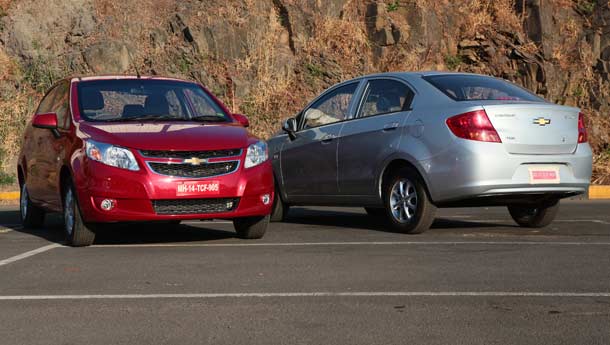 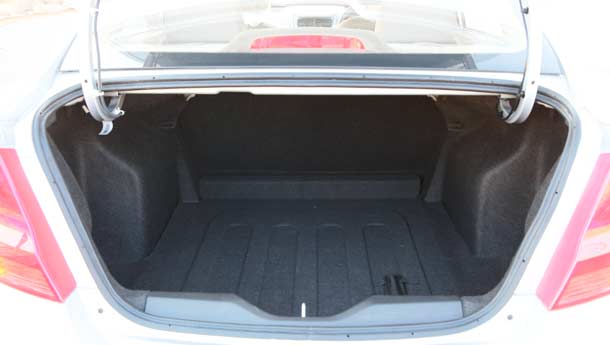 Even before you knew it, General Motors India has lined up the introduction of the sedan version of the Sail U-VA hatchback. Simply called the Sail, it is expected to be introduced in February. Internally, the General calls it Sail NB, as in notchback, but I consider notchbacks as the one which have a small boot and a hatch door, like how the Hyundai Accent Viva used to look. Anyway, the Sail has a proper boot and there is adequate space inside, though it doesn't seem as large as that of a VW Vento/Skoda Rapid.

If imitation is the sincerest form of flattery, then Maruti Suzuki should be the most flattered company on Earth. What they have managed with the Swift and Dzire is copied by every manufacturer worth its salt in India - now it's GM's turn with the Sail and U-VA.

In effect, GM has with both the new cars, is happy to be seen as cheap and affordable rather than premium. Well, it's their call. As such, the Sail sedan is not that bad looking. As it is longer than the 4 metre regs, it looks proportionate like the way the VW/Skoda twins manage. The front end is aggressive while the rear, though bland, is not unpleasant. The rear end treatment has shades of the Fiat Linea to it.

What is surprising is that despite the Sail being longer than 4 metres, the wheelbase, at 2465 mm, is unchanged as the hatch version - goes on to show that the legroom in the hatch is really brilliant. Also, it has the same engines too: a 1.2 litre petrol and 1.3 diesel. If the car is longer than four metres, then why stick to the same engines - a feeble 1.2 petrol and not a powerful version of the diesel? Cost effectiveness, obviously.

On the other hand, the diesel is vastly better. It is the same... Yes, you've heard it before. It is THAT Fiat-derived motor all right. Displacing 1248cc, the four-pot motor develops 77 bhp at 4000 rpm and 20.8 kgm at 1750 rpm. There you have it, the torque makes all the difference to this Sail's driveability. It is perky, there is barely any lag and it accelerates pretty briskly. This five-speed gearbox is much better when it comes to its throws; surely and positively. There is no doubt, this is the Sail to go for, even if you don't need a diesel car!

The most positive attribute of the Sail is its ride quality, which is in keeping with most Chevrolet cars from the past too. It smothers bad roads quite well and does not let the road surface get to you. At the same time, it is not as softly sprung either, so it does not wallow as the earlier Aveo used to do. Handling is not exciting, as expected. It is not a corner carver, and does not have any sporty intentions at all. It is more of a regular straight road hugger. Steering feedback is not exceptional, but it is not as bad as it could have been.

The Sail is overall a decent car; a middle-of-the-road model if you must. It will be a compelling buy only if GM undercuts competition substantially. Otherwise there is no stand-out aspect of this car. It is like that kid in school you know who's a middle bencher, average in all subjects, and no one remembers his name at the school alumni meeting. It is apparent that General Motors India has managed to squeeze a lot of cost savings from both the Sail and the Sail U-VA. Now they should return the favour and transfer some of the cost savings to the customer.