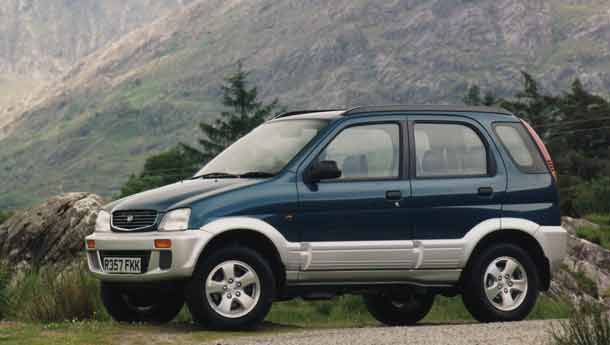 Nine years after it exited the business, Premier Auto is making a comeback in passenger cars. The Doshi family, promoters of one of India’s oldest car companies, known for the once-ubiquitious Premier Padmini, are set to launch a compact sports utility vehicle (SUV).

The rollout of the mini-SUV, called Rio, will also mark the entry of a Chinese four-wheeler company into India. Zotye Auto, a little-known Chinese manufacturer, will partner Premier in the venture. Zotye will supply vehicle kits to Premier to be assembled at Premier’s Pune facility which has a peak annual capacity of 20,000 units.

Zotye will export completely knocked down (CKD) kits from China and Premier will provide a diesel power plant for the vehicle along with its assembly line at Chinchwad, near Pune. Zotye Auto will be paid by Premier for providing the CKD kits.

Although the vehicle won't be fully built in India, both companies are keen to make it the cheapest SUV in the country. It is understood that the base variant of Rio will be priced at Rs 5 lakh, making it 30 per cent cheaper than its nearest competitor, Mahindra Scorpio.

The top-end variant, expected to be priced at around Rs 7 lakh, will have safety features like air bags and anti-lock braking systems, said people with direct knowledge of the company’s plans. The launch will take place this month after Diwali, they added.

Rio is a first-generation model from Daihatsu (a Toyota-owned brand) called Terios, which was in production from 1997 to 2005. The second generation Terios is sold with a Toyota badge in some international markets and with a Daihatsu badge in others.

Premier is expected to fit its own four-cylinder, 1.5 diesel engine, which produces peak power of 65 bhp into the Rio with a five-speed manual gearshift. The compact vehicle will be smaller than the Mahindra Scorpio in terms of length and width.

The Mumbai-based company is not keen to use its existing dealership set-up, which primarily sells a 1.4 tonne light commercial vehicle (LCV). Premier has already put in place 20 new dealers to serve the new vehicle and another 30 will be added by the end of the year.

Chinese two-wheeler manufacturers have been trying to foray into India, but all had to withdraw due to inadequate demand. For example, the Lifan Group tried to sell motorcycles and automatic scooters but failed to make much headway.

Premier Automobiles Ltd (PAL, the erstwhile name of company) manufactured the Premier Padmini from 1968 to 2000. The car ruled Indian roads for three decades before it made way for new–generation cars led by Maruti.

But labour unrest that forced a lock-out for three months at the Kurla plant in Mumbai and the subsequent devaluation of the rupee, increased the cost of imports from France for Peugeot. PAL-Peugeot faced mounting losses as a result and ultimately decided to terminate the joint venture in 1999.

Fiat, meanwhile, got into a technical arrangement with PAL to make the Uno from the same plant through CKD units. Subsequently, Fiat took control of the plant when its automotive division was spun off as a separate unit.