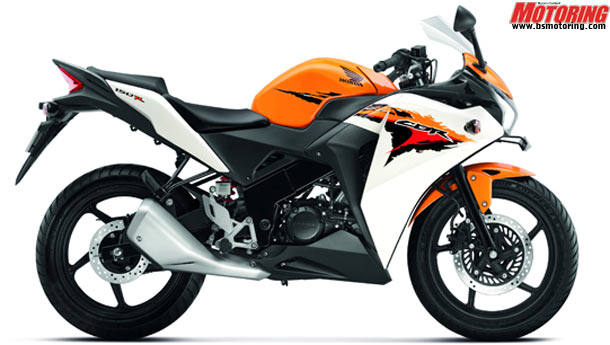 As in the passenger vehicle industry, motorcycle enthusiasts seem to have notched up a scale, with more buyers ready to pay for sportier, more powerful and more premium products.

Taking a cue from such shifts in consumer behaviour, two-wheeler makers have readied an array of products to meet the growing demand for mobikes in the executive category (engine capacity of 125cc and above but less than 250 cc). While Honda recently introduced the CBR150R, rivals Bajaj Auto and Hero MotoCorp have lined for launch the Pulsar 200 NS and Ignitor, respectively.

Though the mass commuter segment (engine capacity of 57cc and above but less than 125cc) continues to account for a little over 70 per cent of sales, the share of the executive category has grown 16 per cent over the past three years. The category today contributes nearly 29 per cent to overall motorcycle sales.

K Srinivas, who heads the motorcycle divison at Bajaj Auto Ltd (BAL) says, “Till 2001, the executive segment hardly existed in the country. Almost 100 per cent of the sales happened in the mass commuter market, which changed with the introduction of the Pulsar twins.” Today, the Bajaj Pulsar (135-220cc) with average monthly sales of 85,000 units, has a lion’s share of 43 per cent in its category. Additional, volumes come in from the Discover, which comes in 125cc and 150cc engine configurations. Bajaj accounts for half the volumes in the executive category, with sales of 1.44 million units.

“We believe these segments will continue to grow faster than the commuter segment, thanks to product interventions being planned by almost all manufacturers and the latent need of the customer for a much more exciting ride,” informs Srinivas. Bajaj Auto intends to invest in both the Pulsar and the Discover Brands. The commercial launch of the Pulsar 200 NS is slated shortly.

Demand pull
Industry estimates show while sales in the commuter segment increased a modest nine per cent in 2011-12, sales of 125cc motorcycles grew 38 per cent. Yadvinder S Guleria, vice-president (sales & marketing), Honda Motocycle and Scooter India (HMSI), explains, “Demand in the 125-250cc motorcycle market grew around 20 per cent in FY11-12. This was mainly due to increased penetration in semi-urban & rural areas, luring new customers across categories and creation of new demand with respect to new model launches.”

The trend is perhaps reflected best in the sales of HMSI, which with the CBF Stunner, CB Shine and CB Unicorn clocked growth of nearly 25 per cent at 614,440 units in the category.

Interestingly, Hero MotoCorp, which rules the mass commuter segment with sales of 5.32 million units in the last financial year, introduced a 150cc product, the Impulse, as the first offering under its own brand in October last year. The company has entered into a strategic alliance with US-based Erik Buell Racing for high-end technology and is reportedly developing a 250cc motorcycle, which would burn rubber on Indian roads by 2014.

Pawan Munjal, managing director and chief executive, Hero MotoCorp, had told Business Standard, “Our market was at the 100cc category but we are not restricting ourselves to that end. We are not switching segments. We will continue to work on those areas and upgrade technology there. But we were completely missing from the premium end of the market. We will focus there.”

Hero’s sales in the category had declined two per cent to 330,726 units in 2011-12. To consolidate its footprint in the fast-growing category, it has scheduled for launch the Ignitor (125cc) in the course of the current financial year. Hero MotoCorp, at present, has nine of the 15 products in its portfolio in the 125-250cc segment, such as the Karizma (223cc). Achiever, CBZ Xtreme, Hunk (150cc), Glamour and Super Splendor (125cc).