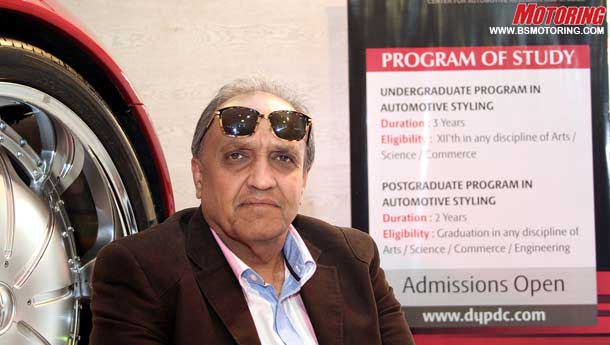 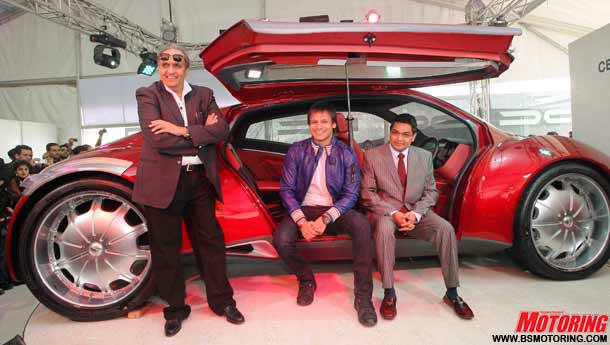 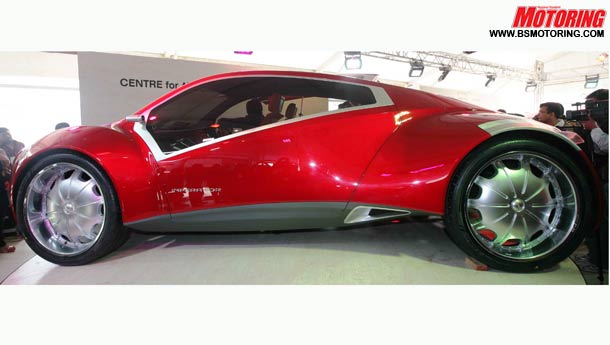 Dilip Chhabria was recently approached by a Hyderabad real estate developer who wanted India’s best-known automobile designer to come up with home theatres for the Rs 15-crore villas he is building in the city. The brief was to design post-modern television and speakers — something that would fit in well with the deluxe surroundings. So pleased is Chhabria with the results that he has put together a team of 20 to look at opportunities in this area.

But what’s a car designer doing with televisions? “I want to pander to the human psyche to deliver change. Whatever we do, it should be from a global point of view at Indian costs. That’s my vision,” says Chhabria. Shorn of the jargon, it means that Chhabria wants to sell designs abroad because he can do it cheaper. It also shows that Chhabria has opened another source of revenue and diversified his risks.

From designing cars for people with deep pockets, Chhabria has come a long way. He has done buses, motorcycles and even helicopter interiors. He has begun to do office and home interiors, furniture, refrigerators and now televisions also. Interiors, he is confident, will account for almost 30 per cent of his business in the next few years. Just how big is Chhabria? His DC Design is closely held. So, its financials are not in the public domain. Some of his friends say that it could be around Rs 50 crore in size. Chhabria of course is tightlipped about it. “People always perceive us to be far bigger than we are, and it ends up hurting investors.” But he does admit that his gross profit margins could be as high as 30 per cent. Not bad at all.

As a child, much of Chhabria’s time was spent sketching cars. This fascination led him to the Automotive Art School at Pasadena in the US. After a short stint at General Motors, Chhabria returned to India and used his father’s business infrastructure to design car parts. Around that time, Mahindra & Mahindra wanted to upgrade the design of its SUV called the Armada. The company was happy with his work and pushed him to start his own design consultancy. Thus was born DC Design in 1993. “Mahindra & Mahindra promised me I’d always have business,” Chhabria laughs.

Seventeen years later, Chhabria can boast of a whole lot of customers like Tata Motors, BMW and General Motors. He has also worked for top lawyer Rohit Kocchar, businessman Adi Godrej and Bollywood superstars Shah Rukh Khan, Amitabh Bachchan and Ajay Devgan. On the non-auto side, he has designed for Coca-Cola and Videocon. Aware that the business is driven solely by him and that he needs to build an institution that outlives him, Chhabria has set up with the DY Patil group the DYP-DC Centre for Automotive Research and Studies at Pune. Growth has been rapid. In 1993, the company had eight employees on its rolls and came out with just two cars. Today, Chhabria has 450 people working for him, who churn out 250 unique cars a year. Next year he hopes to increase that number to 600.   And DC Design does not have a marketing team. Typically, the company gets about 100 calls a day. A small team of two has been set up to take these calls. On an average, about 15 of these turn out to be prudent for business. Following that, quotations and specifications are sent back and forth. Finally, the customer comes down to Chhabria’s office and freezes in on the specifications. Terms are settled and money is transmitted. “We keep in mind those who are willing to pay, and we also have to see if it (the order) can be scaled up. If it meets the criteria then we start work,” says Chhabria.

Revenue streams
Chhabria has two streams of revenues. The business-to-business stream comes from companies that need design inputs, changes, upgrades and so on. The business-to-consumer stream of course comes from individuals. “We’ve consciously ensured that both these businesses contribute equally to our revenue,” says Chhabria. But why not focus entirely on the business-to-business side? After all, isn’t this where the money lies? “We don’t have to do a project just for revenue. It has to excite us, and only then do we ask ourselves if it is profitable,” says he. To underscore the point, Chhabria says the car he designed for Shah Rukh Khan cost the actor Rs 4 crore.

At any given time, his 450 employees work on 40 projects. “We’ve got to finish projects in about 4 months; anything more than that and people lose interest.” Within the business-to-business operations, it is the foreign automakers who take up the bulk of DC Desgin’s time; so much so that the ratio is at 75:25 against Indians. However, he is confident that the figures will reverse in five years’ time. “That will grow our Indian side,” he answers cautiously. According to him, the main issue with Indian companies is the lack of importance given to design; most of them seek “tangible changes”. “International companies have 200-member design teams; here in India there are just about 20 people working on design,” Chhabria adds. Getting on board Indian companies, Chhabria reckons, will also improve his profit margins.

For Chhabria, the leap of faith will happen when he designs a car up from scratch. That alone can pitchfork him into the league of global design houses like Pinnifarina of Italy. To be sure, he has made a beginning here. Chhabria helped Reva design its next generation of cars, the NXG and NXR. But that is hardly mass-market. He has put in place a 30-member team just for this in the last three years. “In terms of design, we’re the biggest; but now, having worked with Reva, we’ve got our engineering capacity also ready,” says he. However, he feels that it will be at least two years before he acquires the complete suite of skills.

Skill and scale
The advantages, Chhabria claims, are all with him. “We do things which are not from the mediocrity of India. We are mavericks because we provide first-world attributes at third-world costs.” In fact, he goes on to say that he costs just about a fourth of the likes of Pinnifarnia or any other Japanese or American design firm. What is more, his team works 70 hours a week, versus the 35 hours people in organisations abroad put in. “As a result, we take 60 per cent of the time the others take; this makes us the fastest developers in the world,” he says. “And if you’re worried about quality, you can read the letter of appreciation from Renault.” The letter from the company’s design head, Patrick Lecharpy, said: “You’ve reached the level I dreamed. You can now compete with the best international designers.”   To gain scale, Chhabria needs to go mass-market. For this, he last year inked a pact with former Maruti Suzuki honcho Jagdish Khattar’s Carnation Auto that deals with automobile service, spares, accessories and pre-owned cars. The duo will provide customisation solutions and semi-customisation kits across the country through Carnation’s nationwide network. For Chhabria, this means additional volumes of about 500 to 1,000 cars a year. “Volumes were an issue we were grappling with as it made no sense for us to open showrooms on high rentals for a few thousand cars,” says Chhabria. “Chhabria was not a name accessible to the masses. Through this partnership, Carnation will make it affordable and available to the masses,” adds Khattar. First off the block is the Innov8, a take on the Toyota Innova, which will be followed by kits for the Honda City and the Maruti Suzuki Swift. The partnership went live last month, and Khattar says the initial results “are encouraging”.

Not a cakewalk
Design, especially in the world of automobiles, has become a fast-moving commodity. Consumers have begun to tire of designs quickly. Car upgrades have become more frequent. Chhabria is only too aware of the challenges it poses. “With every generation, cars have begun to look more aggressive and mean. But it’s important to levitate ten years ahead. From the time it goes from pen and paper to the actual launch, it’s about five years. And after that the car has to be valid for another five years.” There’s a tinge of sadness when he adds, “But at the end of the day, 90 per cent of car design is regulation and there’s only 10 per cent of creativity that can be manipulated.”

Chhabria, of course, has begun to hedge his risks. He has thus expanded into refrigerators, home and office interiors, bus bodies, motorcycles, helicopter interiors. Explaining the rationale, Chhabria says, “We got into furniture design as we saw a huge potential there, and we took orders from our automotive clients. Besides, our identity is one of innovation, design and creativity. As a design company, we could do just about anything else, and so we took a top-down approach.”

There are other challenges too. There are people around in the country who simply copy his designs. And he has to worry how to retain the 450 people he has trained. “So many of them are lured by West Asia and the hefty salaries offered there. To beat that, we are paying West Asian wages here (four or five times that of India).”

Those who have worked with him have kind words to spare. Sanjeev Shah of Everest spices is a longtime customer of the company and has so far had six of his vehicles modified by DC Design. “I just tell him what I want, and in the last 12 years he’s always managed to get it right,” says he. But Chhabria will need more than just kind words from friends if he wants to join the big league of global automobile designers.