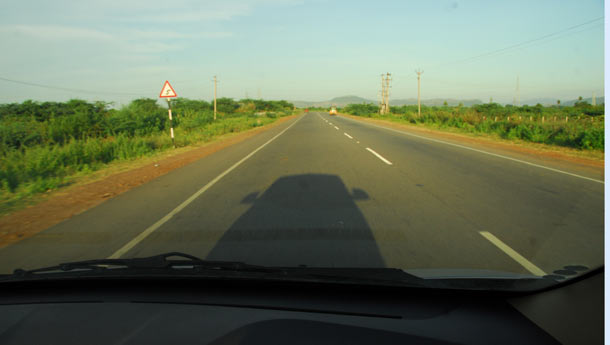 This country is as diverse as it is populated and as you cross the state lines, there’s a distinct change in the scenery you see, the attitude of the people you encounter, and of course, most importantly, the roads!


One would think this change would be more gradual, but you’ll be surprised how abrupt it is. Crossing over from one state to the other or hell, even from city to city, within metres, you’ll start to see the signs (no, no, not the ones highways authority has put up) that you’re in a different land.

Starting in the heart of Mumbai, going towards Goa, you’ll notice just how drastically the driving habits change as you clear past the municipal limits of Mumbai. People start getting more adventurous with their overtaking and suddenly, there is no wrong side of the road anymore, especially on the narrow two lane highways. It’s almost fun, were it not for the fact that you’re about 7 inches from death at any point of time. The language may stay the same through most of Maharashtra, but you can bet the way people speak to you keeps constantly changing. It goes from friendly to indifferent to downright curt in some parts. Good luck asking for directions in these parts!

In another case, when crossing over from Goa into Karnataka. we crested a hill and on the top, there were two check posts one for the Goa government and one for Karnataka, and after that, you were in Karnataka. The change in the roads and scenery is so large that you would have known you were in a different place even if it weren’t for two checkposts warning you of it.

Now, moving further south (Yes, there are changes even among the southern states, even though most would rather lump them into the same category) going into Kerala, there are more coconut trees dotting the road sides and a lot more roadside food stalls too! This is definitely a great place to be if you’re a foodie. Also, be very, very careful around the buses here. They have it in their minds that they are piloting a small hatch, so naturally, they will attempt to squeeze their buses through the tiniest of gaps, not caring whether they've brushed you, to get ahead of the traffic. And just like this, you will notice small differences as you cross over the border from one state into the next.


There has been an equaliser in all of this though, and that is the golden quadrilateral project of the NHAI. Where ever the roads have been included in this project, there is a consistency, a sense of safety, even, because you know that as you cross the border into the next state, you'll be assured of good quality roads with a decent amount of safety and run-off areas. Wide open roads with great visibility are few and far between in India, and this one ranks up there among the best. And it's one of those roads that really brings this country together.