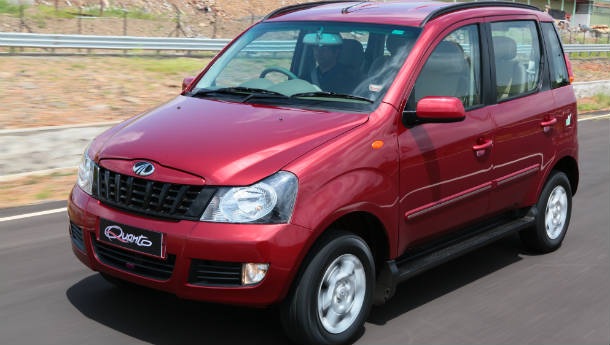 Manufacturers of diesel-run vehicles have welcomed the government’s decision to allow oil marketing companies to raise diesel prices. The demand for diesel cars, which account for 58 per cent of passenger vehicle sales in India every month, has seen a steep rise, as manufacturers continue to introduce variants that have diesel engines.

Pawan Goenka, president (automotive and farm equipment sector), Mahindra & Mahindra said, “We welcome the statement by the petroleum ministry on diesel price increase. Mahindra has always been supportive of narrowing the gap between diesel and petrol prices by another Rs 5/litre. In our opinion, such an increase in diesel prices would have very little impact on the demand for utility vehicles and commercial vehicles. But it may slightly shift demand in the passenger car segment in the small and mid-range to petrol.”

About 95 per cent of Mahindra’s product line-up, including utility vehicles and sports utility vehicles ( SUVs), runs on diesel engines. With growth of 30 per cent in the April-December period, the Mumbai-based company outpaced the industry’s eight per cent growth in volumes. “An increase in diesel price beyond Rs 5 may start impacting overall industry volume,” Goenka said.

When the government had raised diesel prices in September 2012, demand for small petrol cars had seen a rise.

Last financial year, the contribution of diesel passenger vehicles to overall passenger vehicle sales stood at 47 per cent. Since then, demand for these vehicles rose consistently. Car makers have lined up new launches, including compact cars, sedans, SUVs, multipurpose vehicles and premium SUVs in the coming months.

A senior Society of Indian Automobile Manufacturers executive said today’s move would do away with the distortion between diesel and petrol prices in the market. It would also allow oil marketing companies to bring diesel prices closer to market rates, he added.

A number of companies such as Fiat, Maruti Suzuki, Hyundai, Mahindra & Mahindra and Honda plan to invest in setting up new diesel engine producing facilities or increasing the capacity of the existing ones.

Maruti has ruled out any change in plans for a Rs 1,700-crore diesel engine plant, being constructed at the Gurgaon manufacturing facility.

The facility, which would have an initial capacity of 1,50,000 engines a year, would come on-stream by mid-2013. The company plans to double the capacity by 2014. A senior Maruti official said, “Any rise in diesel prices now will not impact the demand for diesel vehicles significantly. We expect demand to rise further. Moreover, the rise will not have any impact on our expansion plans.”

The government has been considering imposing a special tax on diesel-run passenger vehicles. However, the industry had unanimously opposed the proposal.