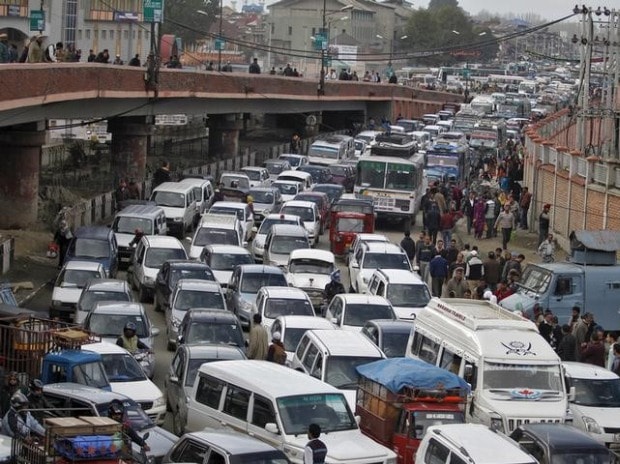 The eight-month ban on diesel vehicles (with engine capacity 2,000cc and above) in the National Capital Region (NCR) is estimated to have caused a revenue loss of Rs 4,000 crore to the automobile industry. The ban was lifted on August 12 by the Supreme Court.
"Led by media hype, provided with improper information, the courts decided to ban those vehicles which actually meet the standards set by the government. It is for the first time that when you meet the law you actually get penalised. The auto industry has lost Rs 4,000 crore in the past eight months," said Vinod Dasari, president of industry body Society of Indian Automobile Manufacturers (Siam).
Dasari, who is also the managing director of commercial vehicle major Ashok Leyland, said everyone wanted to regulate the auto industry without looking at the real cause of pollution. The Supreme Court had imposed the ban in December last year. The ban was removed after the industry agreed to pay a one per cent green cess on ex-showroom price of such diesel vehicles in the NCR. The ban had severely impacted companies such as Toyota and Mercedes and moved buyers away from diesel cars.
"It's a matter of great pride that the auto sector provides 30 million jobs and accounts for 50 per cent of the manufacturing GDP and yet it is rather sad when there is congestion, then auto industry is blamed; when there is pollution, the auto industry is blamed, and when there is an accident, the auto industry is blamed," Dasari added.
The industry is also not able to comprehend the factors that led to the ban and the developments that led to its removal. "After all of this, what happened? There is environmental cess of one per cent for vehicles that are larger than 2,000cc. Are the people who buy such vehicles going to stop buying these due to this one per cent cess? Is that going to have an impact on Delhi pollution?" Dasari asked.
It is estimated that the one per cent cess will result in an annual amount of Rs 45 crore. This, the industry believes, cannot be even used to do any significant work to improve the environment. Pawan Goenka, executive director at Mahindra & Mahindra said the one per cent cess would not make any difference to the buyers and wouldn't deter them from purchasing such vehicles.

'Don't mess with the courts', minister advises industry.
Addressing the auto component industry body event in the capital, Anant Geete, Union minister for heavy industries, said: "Don't take panga (mess) with the courts. The industry has to face many challenges. The government is with the industry and it will take all the actions to support the sector. All the ministries concerned are talking in one voice on the issues."