Its good news for two-wheeler makers like Bajaj Auto, Royal Enfield and Suzuki Motorcycle India as Delhi's transport department has agreed to lift the ban on registering two-wheelers that comply with Bharat Stage (BS)-III emission norms. 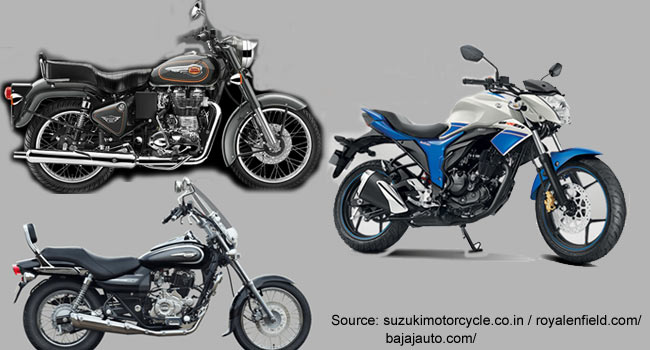 With this move, new models of two-wheelers compliant with BS-III emission norms launched in the capital prior to April 1 can now be registered.

The Delhi government had earlier banned the registration of new two-wheelers that do not meet the BS-IV emission norms starting from December 2015. This order had forced two-wheeler makers like Bajaj, Royal Enfield and Suzuki to halt the sale of their newly launched models like the Bajaj V15, Royal Enfield Himalayan, Suzuki Access and Hayate in Delhi.

"We had a meeting with the transport commissioner. The issue has now been resolved. All files have been cleared and approval letters would be sent to individual companies tomorrow," said Vishnu Mathur, director general of the Society of Indian Automobile Manufacturers (SIAM).

Confirming the development, Eric Vas, president (motorcycle business), Bajaj Auto, said the company has got a go-ahead to sell V15 in the capital.

India follows the BS-III norms for two-wheelers and BS-III and IV for passenger vehicles. Starting April 1, 2016, all new models of two-wheelers need to comply with BS-IV norms.

Existing models that are launched till March 31 need to upgrade to BS-IV from April 1, 2017. The BS-III two-wheelers are more polluting than BS-IV.

However, despite the official gazette notification clearing laying out the emission standards for both old and new models, transport authorities in the state had stopped giving approval for registering new BS-III motorcycles and scooters.