Datsun will result in 50 percent of Nissan's sales

As the first Datsun GO rolled off the Oragadam plant in Chennai, we speak to Mr Toshihiko Sano, CEO, Renault Nissan India Plant Limited. Mr Sano speaks to us about how Datsun brand will perform and we ask him in depth about Datsun GO's production and steps the company is taking to fulfill the needs of its new car buyers in this segment. 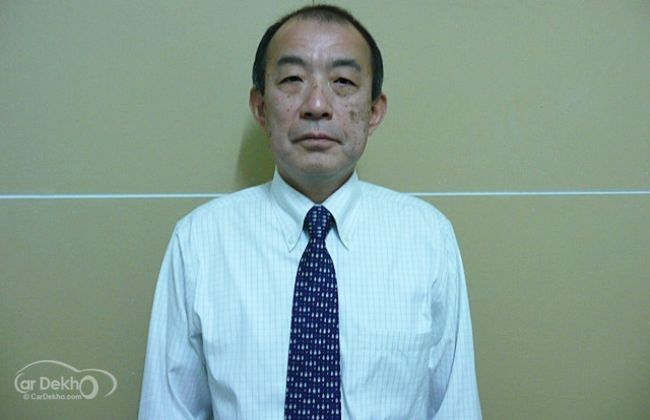 Q1) What is the level of localisation in Datsun GO?
Ans)  The localisation of GO is more than 90 percent, expect for some engine parts everything else is localised. These have to be imported, other than this we have succeeded in localising every thing else. We stick to the rules of Datsun, maximum localisation to reduce the cost of the vehicle.

Q2) What is the production capacity of the Datsun GO in this plant.
Ans) As per what we have planned, we will make 60,000 units in the first year on Line 2. Now, this number is subject to change as per the market's response and demand for the product. We can increase and decrease the number as per customer demand.

Q3) What is made on Line 1 and 2? What is their production capacity and the current number of shifts working on it?
Ans) Line 1 is the Duster for UK is manufactured as Dacia, then Dusters for South Africa and even for Indonesia is also manufactured here. It also has the  Evalia and the Ashok Leyland Stile made on this same line. Micra and Sunny for other export markets too comes out from here. The Line 2 is for Micra, Pulse, Sunny, Scala, Duster, Terrano and GO. The annual production capacity of each line is 2,40,000 units. At the moment, Line 1 is running in almost full capacity with three shifts, while the Line 2 will soon get three shifts from its current two shifts as the Datsun has got into the production. This will be about in September and we will hire more 1,000 people.

Q4) How much of as similarity is there between the GO and the Micra?
Ans) Both are based on the same platform, hence the base and the monocoque structure has to be similar. The Datsun GO is also based on the V-platform and hence they are on the same line.

Q5) You think 60,000 units is sufficient for the GO? Considering the hype it has created?
Ans) We hope we can cater to the customer demands. If there is a hike in the customer demands and we need to produce more cars, we have an expansion plan also made. We are looking at Datsun to contribute about 50 percent sales for Nissan India's current sales.