Both hatchbacks are made by the same alliance, based on the same platform, and use a 0.8-litre motor that put out identical power and torque figures. They even claim to return the same fuel efficiency figures (25.17kmpl). And yet, the two cars are very distinct from each other. Read on to know how…

The Kwid became a runaway success for Renault in India and nearly after a year of its debut in the country, it continues to set new sales milestones month on month! With the new 1.0-litre engine coming soon along with an AMT (automated-manual transmission) option, the Kwid keeps the anticipation going. The Datsun redi-GO will be sharing the Kwid’s platform and its drivetrain (1.0-litre and AMT are also on the cards), but looks nothing like it. In fact, both vehicles do not look badge-engineered at all. Let us see what all are different in these two cars. For the uninitiated, Datsun is Nissan’s economical sub-brand and the latter is in an alliance with the French automaker – Renault. Dimensions 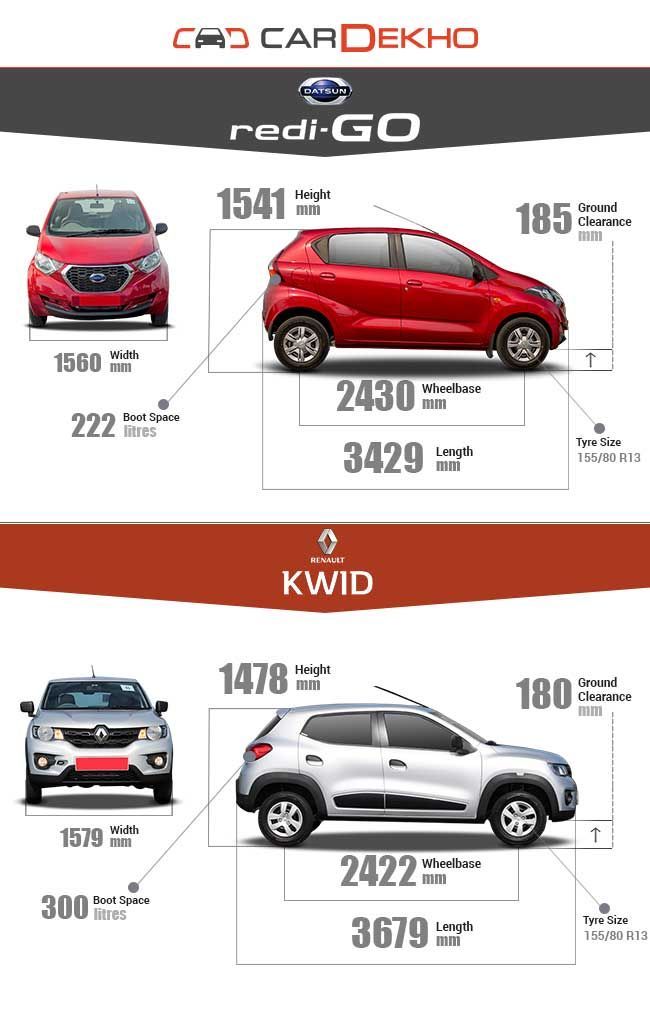 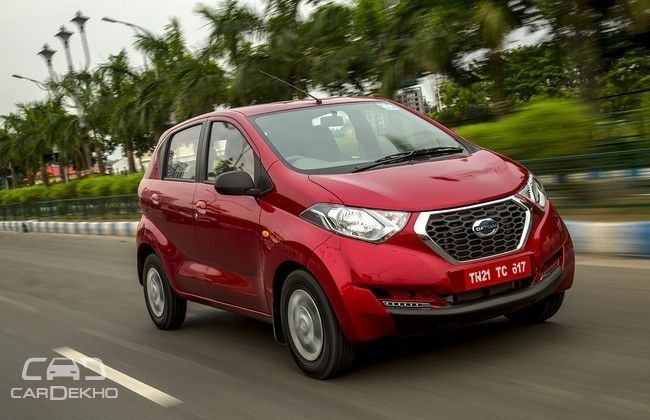 This is the area where the Datsun redi-GO and the Renault Kwid are diametrically opposite to each other the most. If one has to describe both cars in a few words, the redi-GO has a tallboy design featuring an upright stance while the Renault Kwid appears wider, longer, and has a rugged feel to it. This makes the Kwid appear as if it might provide more space on the inside, but that isn’t the case and both cars have pretty much the same amount of real estate. However, where the Kwid scores is the boot space – it comes with a huge 300 litres of boot space compared to the redi-GO’s 222 litres. Three hundred litres of boot space is what you usually find in hatches two segments above! 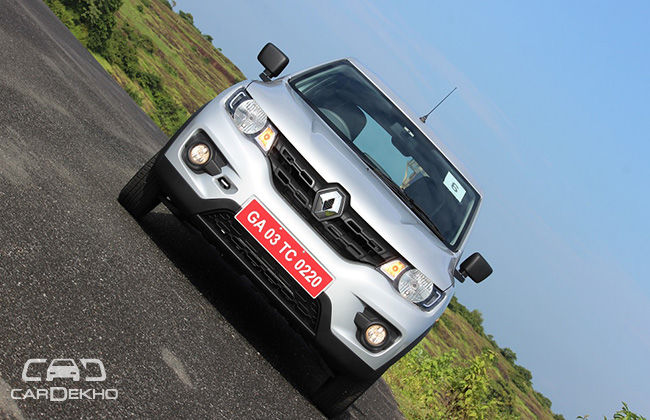 The redi-GO is based on Datsun’s ‘Yukan’ design language, meaning ‘bold’ in Japanese. It has more character lines than other vehicles in this entry-level segment. Being the tallest in the segment makes for easy ingress and egress, much like the discontinued Hyundai Santro and the current Maruti Suzuki Wagon R.

Unlike the Kwid concept, the production-spec redi-GO stands true to its concept sans the LED lighting and alloys. However, you do get LED daytime running lamps placed along the front bumper though we’d have liked to it be bit brighter. The highlight of the front is the Datsun’s signature grille. At the rear, the taillamps merge with the side contour line and are rather pronounced from the body. 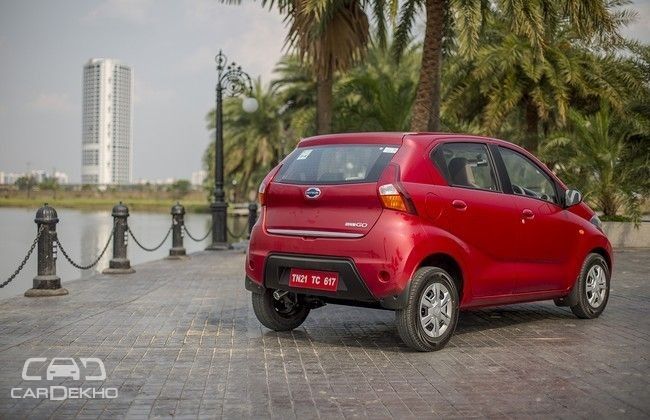 The Renault Kwid, as mentioned above, is an altogether different story. It is shouting from almost every angle that it belongs to the Duster’s clan. To begin with, you get partial body cladding in the Kwid including dual-tone bumpers, whereas the redi-GO offers no body cladding. It is also wider than the redi-GO and the protruding wheel arches exaggerate things further.  Cabin and Features

Just as the exteriors, the interiors too are very different. The Renault Kwid’s cabin looks slightly premium compared to the Datsun redi-GO. The biggest advantage that the Renault has is the touchscreen-based infotainment system with navigation in the top-end trims. There is also an option of a Bluetooth-enabled unit for the mid-trim. The redi-GO, on the other hand, doesn’t offer Bluetooth connectivity in any of its variants. Instead, it comes with a single-DIN audio system featuring auxiliary and USB inputs. 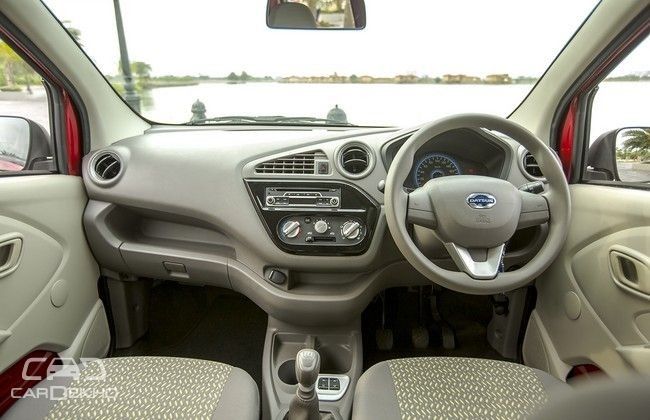 Unlike the Datsun redi-GO, the Renault Kwid has several chrome highlights while almost the entire central console is finished in glossy black plastic. Moreover, the steering wheel also offers partial leather wrap and glossy black inserts. Speaking of the upholstery, the fabric upholstery in the Kwid is sportier in contrast to the one in the redi-GO. Moreover, a lot of body parts are exposed in the redi-GO, which is not the case with the Kwid. 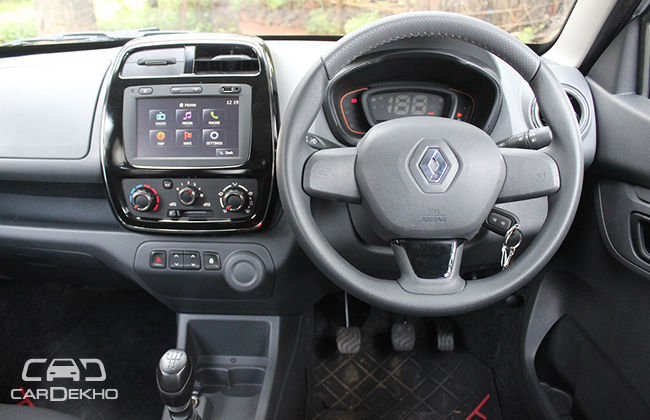 The Datsun redi-GO is set to be launched in the country in the first week of June. It is evident that the redi-GO will undercut its French cousin marginally in the price department. The Renault Kwid was launched at a price of Rs. 2.56 lakh (ex-showroom New Delhi) last year in September, but currently retails at Rs. 2.62 lakh in the capital. 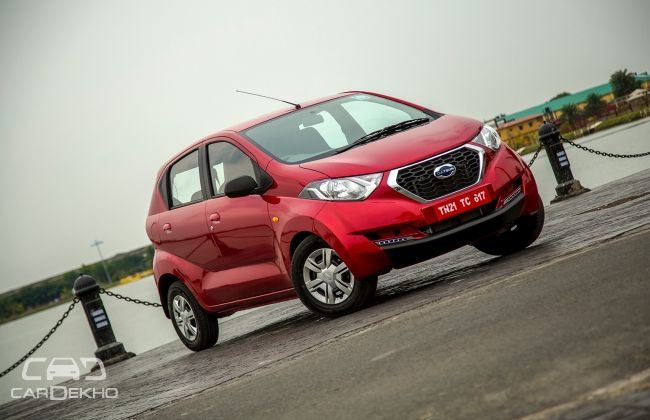