Nissan has commenced the pre-launch bookings for its recently-unveiled Datsun redi-GO. The Japanese carmaker also announced that the deliveries of their most economical offering will begin from June.

The price of the Datsun redi-GO will range between INR 2.5lacs and INR 3.5lacs, undercutting all of its primary rivals – the Renault Kwid, the Maruti Suzuki Alto 800 and the Hyundai Eon. Currently, the Renault Kwid is the most affordable offering amongst these which has a starting sticker price of INR 2.6lacs. 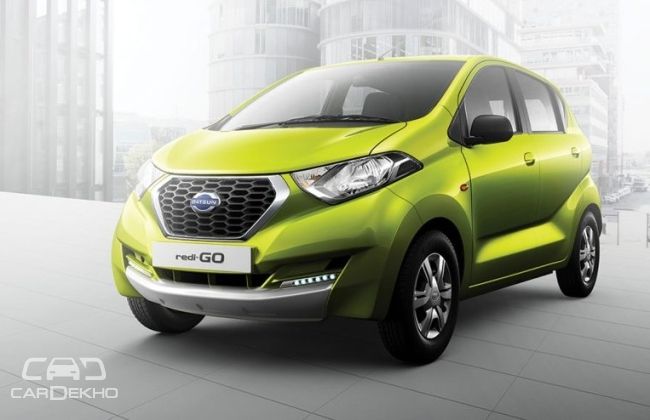 Arun Malhotra, Managing Director, Nissan Motor India Pvt. Ltd. said, “With the new redi-GO, we continue to expand and enhance our product offerings for young people in India ready to take a step forward in their lives. We will be taking pre-booking orders starting 1st May, 2016 for customers who are eager to be among the first to own this new offering from Datsun."

Interested buyers can also pre-book their Datsun redi-GO with a fully refundable booking amount of INR 5,000 at any Nissan-Datsun dealership across India. Alongside this, the carmaker has also collaborated with the e-commerce website Snapdeal to book the same online.

The redi-GO is based on the same platform CMF-A platform as its Renault cousin, the Kwid. But it has an upright stance and a bold look than the latter. The signature trapezoidal grille with the Datsun logo in the middle, stretched out headlamps, muscular bonnet, and very distinct side and rear profiles are some of its standout features. Though, it remains to be powered by the same 800cc mill, good for 54PS and 72Nm, which does duties on the Kwid. Even the five-speed manual gearbox has been carried forward.