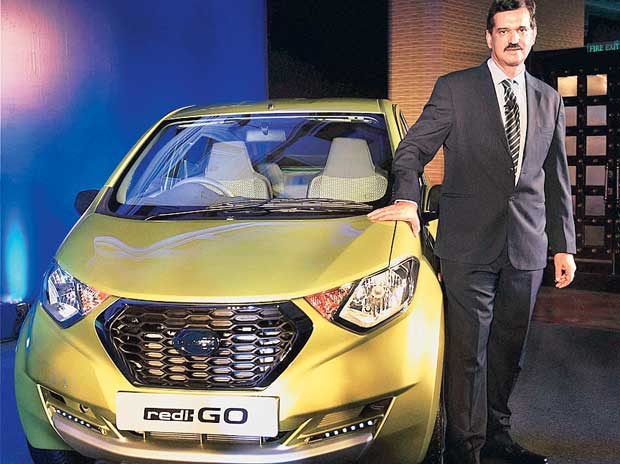 The Indian car market continues to be driven by the proposition of high-fuel efficiency and low-cost maintenance with style and design adding to the value of the product. This is what explains the unchallenged domination of Maruti Suzuki in the market. Lower in the rung, there are a few players particularly in the high-end car segment which talk about design and safety.

In such a scenario, it is bold yet surprising to see a relatively smaller brand like Nissan challenging the hegemony of big players by making a clarion call for change. The Japanese company has launched a new campaign, “VoteForChange”, urging buyers to break through the conventions and opt for a small car that is big on features. The objective of the campaign is to challenge the status quo and urge people to look anew at the small car segment.

The campaign features actor Vinay Pathak who dons the quirky avatar of a politician. He addresses public gatherings urging people to opt for a new ideology and a leader — a new car. The actor’s look, body language and mannerisms are modelled on popular leaders like Narendra Modi and Lalu Prasad, as he encourages the youth in a firm but humorous tone to take control of their lives and opt for a car that redefines who they are.

In one of the films, we see Pathak getting into a Datsun car without lowering his head and once he is inside, he likens the interiors to a large room while harping up the spacious headroom offered by Datsun Redi-Go. In another commercial, we see the actor impressing upon people to break away from old habits and things which are not reliable. We see a bunch of people pushing a car following a breakdown. And, next we have the actor speaking like a seasoned politician asking people to vote for trust by going in for a product that will not let them down.

So, is Nissan making an attempt to position Datsun Redi-Go as a challenger brand taking up the fight against big boys of the Indian car market?

“Datsun is not out there to confront established players. Rather, we feel that as a young brand, we need to provoke people to take note of us. Hence, the campaigns urges people to look around them, question established norms and disrupt things by opting for positive change,” says Jerome Saigot, vice-president, Datsun India.

The campaign is targeted at youth — the first-time buyers. Saigot points out that young people want to be stylish, stand out among the crowd and at the same time want a product that is affordable. And Datsun Redi-Go ticks all the boxes as it dons a stylish look, provides huge headroom and spacious interiors.

The campaign has been conceptualised by TBWA.

The idea behind the campaign is to disrupt the long-standing monopoly in the small car segment.

Ashish Marwah, Delhi head, TBWA, says, “It is an innovative and light-hearted marketing campaign in which we have used the cultural grammar of election to reach out to people and get their attention. This campaign truly intends to declare independence for the first time car buyers from the limitations in small car segment.”

He asserts that there is no brand in particular that Datsun Redi-Go is calling out in the campaign. According to Marwah, taking a global brand and being able to blend it into a local environment was the big ask. Probing passion points beyond the usual Bollywood, cricket and music milieu was important. And all the while ensuring how Datsun, a relatively new entrant, can garner a greater share of conversations which in turn could make it into the buyers’ top of mind.