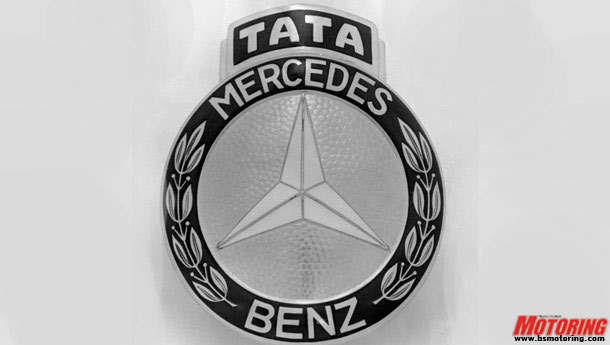 The Tata group holds 38.08 per cent stake in Tata Motors of which Tata Sons holds 27.89 per cent and other group companies hold the rest. However, Tata Sons will not buy the stake, sources familiar with the developments said.

Asked about the development, the Tata Motors spokesperson said the company did not have any comments to offer.

Daimler, which is set to end its 56-year association with Tata Motors, is offering 25.6 million shares (according to Bloomberg data) in Tata Motors for Rs 737 to Rs 761 in a block deal that is to be completed tomorrow.

At this level, the price will be a 4-7 per cent discount to the stock’s closing price of Rs 796.75 on the Bombay Stock Exchange.

Citigroup Inc is managing the sale.

Daimler, which is the world’s biggest truck maker, is building a factory in Chennai that will begin production in 2012. Tata’s Jaguar Land Rover also competes with the Mercedes Benz vehicles.

Daimler owns 5.34 per cent of Tata Motors' ordinary shares and 4.71 per cent on a fully diluted basis.

Shares in Tata Motors have risen 19 per cent since February 26 when the company posted a consolidated net profit for the second straight quarter as sales from its Jaguar and Land Rover unit recovered.

Tata Sons has been consolidating stake in Tata Motors for some time now. On Saturday, it had raised its stake by 0.76 per cent by acquiring 3.69 million shares from Tata Steel, another group entity, through an open market transaction.

Tata Steel sold the shares for nearly Rs 300 crore at a price of Rs 811.65 apiece, according to the block deal data available with the Bombay Stock Exchange.At the end of the December quarter, Tata Sons had a 27.13 per cent stake in Tata Motors, which has now touched 27.89 per cent.