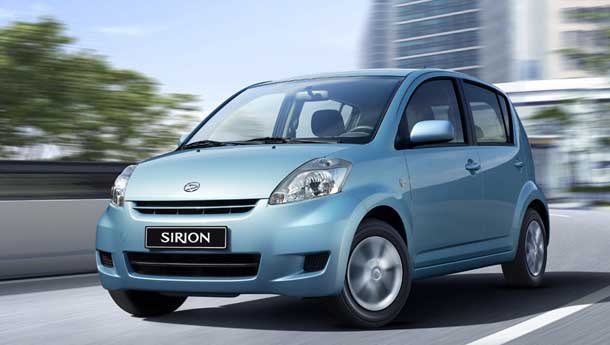 Toyota Motor Corporation, the world’s largest car-maker, is evaluating the Indian market to launch its Daihatsu range of compact cars.

“The Daihatsu range of small cars are doing very well in markets like Indonesia and Malaysia, and we are studying the Indian market to launch the Daihatsu brand. Should we launch this new brand, it would be across all passenger vehicle segments including the entry-level 600 cc,” said Dato Akira Okabe, senior managing director and member of the Toyota Motor Corporation board. Daihatsu is a Toyota group company.

Okabe was speaking on the sidelines of the launch of the Toyota’s third sports utility vehicle (SUV) brand in the domestic market, called the Fortuner.

Daihatsu is known in Japan for its mini-cars and recently launched the 660cc Mira Cocoa which is targeted at women. Its passenger car range includes models like the Materia, Copen, Sirion and Curore or Charade with engine capacities of up to 1.5 litres.

Daihatsu had forayed into India many years ago and held talks with the late Manu Chhabria among others, which never fructified.

Toyota, which has a joint venture in India with the Kirloskars (which has an 11 per cent stake), plans to launch its first small car for the domestic market by the end of 2010 or early 2011. Currently, Toyota in joint agreement with Europe’s Peugeot and Citroen produces three compact car models built on the same platform. Toyota’s small car is sold as the Aygo (pronounced 'I go') across Europe, Peugeot’s small car is called Peugeot 107, and Citroen’s small car is the Citroen C1.

The production-sharing agreement signed in 2001 was put in place to cut development and production costs for the three car companies. All three cars are developed and produced by Toyota at a manufacturing plant in the Czech Republic.

On whether the Aygo platform would be the same configuration for the Indian small car, Okabe said: “Keep guessing. All I can say is that our small car for the domestic market will be a brand new offering.”

The small car, according to Toyota executives, will be a model that would generate volumes for Toyota Kirloskar and increase its market share. “We may look at launching more than one compact car model for the domestic market. Our current market share in passenger vehicles is 3 per cent. In the next four years, we hope to sell three times our current volumes. And by 2015, our rate of growth will be in double digits,” says Okabe.

Last year, Toyota Kirloskar sold around 46,892 vehicles in the domestic market and expects to sell 52,000 for the current year.

Okabe said there was a possibility of exporting cars from India in the future. Last year, Daihatsu, sold 1,336,000 cars worldwide, a 2 per cent growth over the previous year. Apart from Japan, the company has manufacturing facilities in Malaysia, Indonesia, China, Pakistan, Venezuela and Colombia, amongst others. Countries like Germany and the Netherlands are key markets in Europe.

In response to a query, Kaoru Hosokawa, Toyota's chief engineer, said the company was considering launching an entry-level SUV that costs less than Rs 15 lakh. The Fortuner costs Rs 18.45 lakh (ex-showroom Delhi) and the company hopes to sell around 2,500 units this year.