Custom Bullet 600 - Shot through the heart 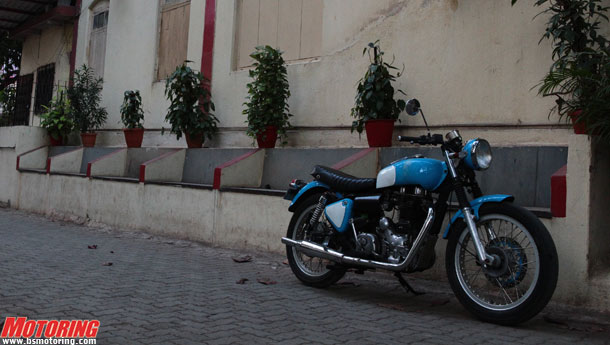 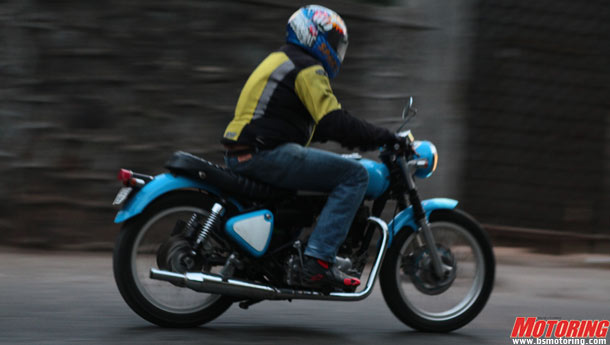 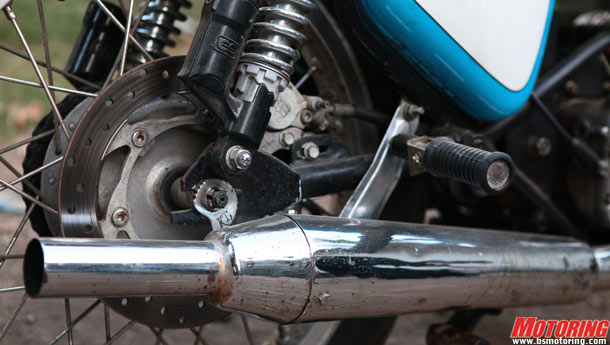 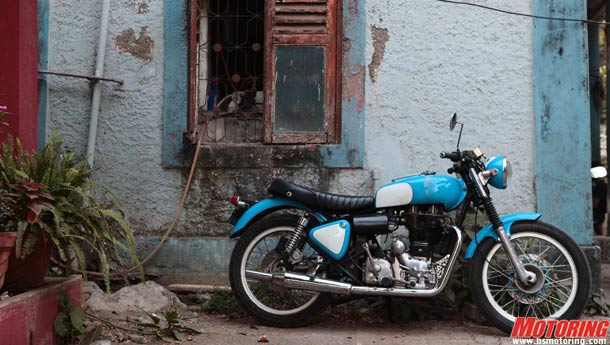 All it takes to rouse this motorcycle from its slumber is a couple of firm kicks. And then it settles down into a deep thump. The sheer violence contained within that combustion chamber makes itself known by rocking the bike to and fro. While it is on its main stand. If only Tony Wilson-Jones – Royal Enfield chief designer and father of the Bullet as we now know it – had only known the kind of cult icon his motorcycle would go on to be, even after all these years. Mumbai-based Harsh Man Rai could very well be one of his most ardent fans and the fact that he’s got more Enfields, other than this one, shows.

I look expectantly at Harsh, silently prodding him to let me in on anything that I should be watching out for. ‘Just be wary of the rear brake, it tends to bite down rather fervently,’ he says. ‘This is going to be fun,’ I think to myself as I fasten my helmet.

I click the newer 5-speed gearbox down into the first gear. Harsh has retained the ‘correct’ right side shifter seen on the older Enfields. I let out the taut-ish clutch and the bike jumps forward rather abruptly. My right hand begins to tremble with the anticipation of what’s going to come, and rather instinctively, the wrist rolls back a bit.

The lone Hitchcocks, UK-sourced piston, now in the explosive company of fuel and air, realises that I want to play. It jumps up and down with delight, twirling the heavy flywheel faster and faster. The band, all chromed and shiny, is booming out a rather loud blat and the speedometer needle seems to have gotten an adrenaline shot straight into its heart.

Then, it’s time for round two. The second gear is engaged and the party gets louder and louder as I go through the five gears. All the while, vibes, the sort only a big single could muster, begin to show, first at the grips and then through the pegs.

This 500cc motor, now bored and stroked to contain an additional 100cc of air and fuel, is all about meaty low down torque. So much so that despite the 20 tooth sprocket on the gearbox end – the stock 500 came with a 17 toother – the motorcycle still pulls rather doggedly. To keep the inner whirly bits from wearing themselves to nothing, an AVL oil pump keeps the lubricant flowing and the oil cooler keeps the temperatures in check.

But Harsh loves spending time with his motorcycles where it matters – on the road. His special had to be comfortable to ride and form had to follow function. A beautifully ribbed seat works well to comfort your behind and the flat handle bar reaches towards you, rather than the other way around. Alloy rims help bring down the overall weight and good quality rubber adorns the hoops at either end.

As the oncoming white stripes turn into a single line as I approach them, the carb can be heard sucking in copious amounts of air through the free flowing filter, with a quick succession of snorts. By now, I’m well past the tonne and loving every minute of it. The sun is setting and the big Lucas reproduction headlight casts a concentrated yellow glow over the road ahead. If there ever was a motorcycle I’d want to ride into the sunset with, this blue and cream would be it. Wait a minute, I was doing just that!

It is precisely motorcycles such as this one that tingle every sensory nerve in your body, giving you a kind of high nothing else can provide. In retrospect, Harsh should have included yet another word of caution before I swung my legs over his bike – that this machine is addictive. Ladies and gentlemen, my name is Kyle Pereira and I am happy to admit I am  an addict!