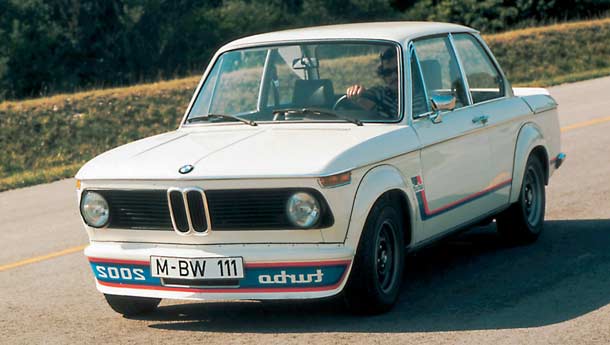 Once upon a time, there was a man called Maximillian Hoffman. If you worship great European classics, he’s the man you should set up a temple for.

Why am I talking about Hoffman? Because it so happened that when we were discussing the new BMW 535i at the office, we started talking about turbocharged Beemers, and inevitably, the 2002 came up for discussion. And the 2002 was one of many legendary cars that, well, became legends because of Maxi Hoffman.

Want to know more? Here’s an article on him I had written in BSM seven years back and think it’s worth a re-read. Here goes:

Think the Mercedes-Benz 300SL gullwing is the greatest car on earth? Feel that the BMW 507 is as fundamental as roadsters can get? Worship the ground that Porsches drive on? Believe there's nothing as gorgeous as the Alfa Romeo Giulietta Spider? Burst with desire for possessing a BMW 2002? Know who's Max Hoffman?

No? Maximillian Hoffman, Austrian by birth and American by citizenship, was one of the biggest imported car dealers in the US in the 1950s. Operating out of New York, he specialised in bringing in great European marques to a country, that after the second World War, was thirsting for superior machines. While Hoffman used to ship down the Jaguars and Aston Martins of the world, what makes him important is that he made all the above-mentioned all-time greats <I>happen<I>.

Yes, you read that right. Take the 300SL, for instance. With its success in racing, Mercedes had proved a point that they have not lost their motorsport glory after the war. So they then turned their attention to Grand Prix. Hoffman, who was mighty impressed with the SL, felt that a production, road-going version of the SL would do well in the US. He persuaded the reluctant Mercedes bosses to get the SL into production, and dangled an assured sale of 1,000 cars in the US. As history shows, he was quite persuasive, and the car that eventually emerged turned out to be even more powerful than the racing version!

Similarly, Hoffman convinced BMW officials that there was a need for a European roadster that, at $5,000, could fit neatly between those from MG and Mercedes. Thanks to his spiel, BMW developed the visceral V8-powered 507. But it's another thing that development costs went through the roof, and when it was eventually sold in the US, it retailed at $9,000. However, what it did was re-establish the Munich firm's reputation as a maker of ultimate driving machines after WW2.

When the new generation of Beemers, beginning with the 1600s took Europe by storm, Hoffman said even he wanted a model for the US market, but one that had a bigger engine and was more powerful. That was however unacceptable to the engineers – but ultimately, thanks to Hoffman's sales commitment, the awesome 2002 was born. Even Alfa Romeo had him to thank when he established the marque's reputation in the biggest car market in the world with the Giulietta Spider.

Hoffman was a family friend to the Porsches. He was quite successful selling the 356 in the US. He believed that there was a market for a cheap Porsche, and put his point across to Ferry Porsche, son of the legendary <I>doktor<I>. His contention was that a basic roadster priced under $3,000 could compete with Brit roadsters from Triumph and Austin-Healey. While Ferry thought a handful of these would be enough for one year, Max felt otherwise – he wanted a handful a week! Then came the famous Porsche Speedster in 1954, which looked like an inverted bathtub. Thanks to its light weight, the Speedster lived up to its name, and overtook other Porsches, on the sales charts, on the roads, on the tracks (that was the last time Porsche would make a cheaper car that would outperform their other expensive models). In fact, another Porsche – the 550 Spyder – also attained cult status in the US, thanks to Hoffman. And it was he who said that a name like the Porsche 550/1500RS would not sell – it better have a name – and that name was the Spyder. The rest, as they say, is history.

Classic car guru, Quentin Willson said of Hoffman: he had a coast-to-coast smile. Yet, for all his persuasive abilities, salesmanship and judgement of what sells and what doesn't, Hoffman made two (very large) mistakes in his career. He was impressed with the Volkswagen Beetle, and approached VW in 1950 for an exclusive dealership in the US. At that time, Heinz Nordhoff, the head of VW, instead offered him the whole company for two million dollars! Max said no – not surprisingly, he would later regret it. Even when he got the concession for selling Beetles, he couldn't sell more than a 1,000 a year – so the arrangement ended. And he didn't renew it, and that was his second mistake.