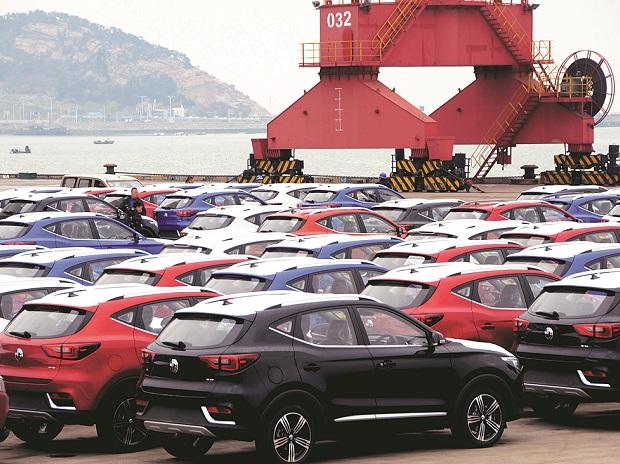 The sharp rise in fuel prices has slowed sales growth of utility vehicles (UVs), making it the slowest segment in the domestic passenger vehicles (PV) market this year.


About 84 per cent UV variants run on diesel, the price of which has gone up higher than petrol prices. Only 23 per cent of car variants use diesel.


Since January this year, petrol price has gone up more than 18 per cent. In New Delhi, it is currently priced ay Rs82.72 per litre. The price hike in diesel has been steeper, at 26 per cent. This fuel is selling at Rs75.38 in the national capital.


Industry leaders confirmed this as the reason for lower UV sales this year.


“When fuel prices rise, UVs are affected. People were upgrading from hatchbacks to SUVs, but fuel price is an issue for these buyers. Growth in compact SUVs has been muted,” said Mayank Pareek, president, PV business, Tata Motors. The most sold SUV in the domestic market is Maruti Suzuki Vitara Brezza. Its sales grew about 6 per cent to 64,612 units in the April-August period of FY19. In the same period of FY18, its volumes grew 47 per cent to 60,960 units.


The company said Brezza’s growth was healthy, despite a large base.


“Maruti Suzuki’s foray into the popular UV segment began with Vitara Brezza and S-Cross. These products created disruption in the compact SUV market. Vitara Brezza continues to be the most-loved SUV, despite several new entrants. The testimony to it is the double-digit growth in its average monthly sales in consecutive years,” said R S Kalsi, senior executive director, marketing and sales, Maruti Suzuki.


Like Maruti, Mahindra & Mahindra, too, has suffered. It is the only carmaker in the list of top five (including also Maruti Suzuki, Hyundai, Tata Motors and Honda) to have not grown this year. Sales of Scorpio, its popular SUV, declined 11 per cent to 18,937 units in April-August period of FY19.


Pareek, however, said Hexa had served its purpose. “We are building a big portfolio of SUVs. We wanted a product to learn more about the segment. We had a large SUV portfolio in the past. But then there was a gap for long time and our knowledge was not contemporary. Hexa helped us understand the market,” he added.