Japanese auto giant Toyota has released a new video depicting their advance Safety Sense System. The car used in the video is perhaps the upcoming Corolla facelift for the European market. If this happens to be true, then it could possibly be a haste move from the maker as the last facelift was revealed less than two years back. The video was uploaded by the Belgrade branch of Toyota in Serbia in which company’s new safety technologies viz. Pre-Collision System, Automatic High Beam, Lane Departure Alert and Road Sign Assist have been explained in detail. Although the video shows not much change and the car overall is a facsimile of the current one, except the redesigned front facade that appears to have been inspired from the 2015 Auris. The front looks somewhat more aggressive than the ongoing version while the rear has refreshed bumpers and a bit chunkier chrome bar connecting both the tailights. 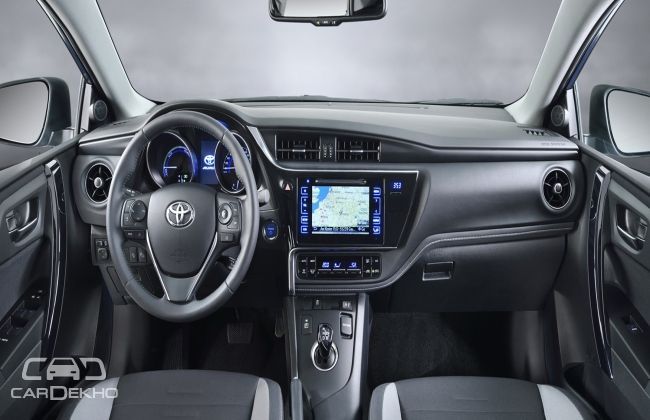 But what really catches the eye is the refreshment inside where instrument dials appears to be taken from the Auris hybrid. Call it a deliberate attempt or a purported one, we cannot rule out that the video was made solely for the purpose of demonstrating the company’s advance safety features. Taking the point into consideration, a similar image appeared on the web recently in China that matches the front fascia of the animated video.

Besides the speculations being developed for this Euro-Spec Corolla, it could also be the next facelift to arrive for the ASEAN market.