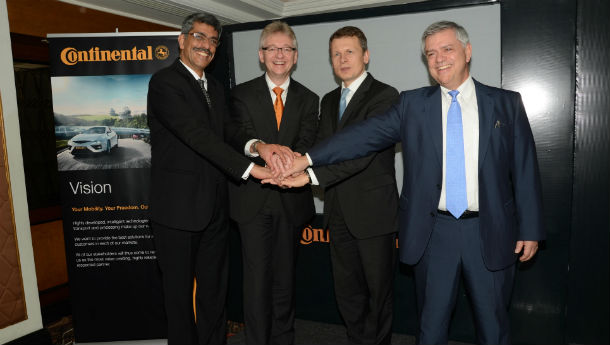 At a round table conference, held in Mumbai, to showcase Continental Group's expertise in many fields of the automotive technology sector, Claude d'Gama Rose, country head - India, Continental Group, announced that the company will now be supplying electrical features to Mahindra Reva's electric car, the NXR.

Most important in the list of functions Continental will provide Mahindra Reva is the BFC (Basic Function Controller), which in effect delivers power from the batteries to the motor, no doubt, one of the most crucial features in the functioning of an electric car. In addition to this, Continental will also be providing an immobiliser - again, a must-have car security feature - and a remote keyless entry system for the NXR.

The BFC unit has been designed to suit applications ranging from entry-level electric cars to even higher-end luxury cars and the scalable architectural approach (essentially, a platform which can be recaliberated to suit increasing requirements) will provide linear development while still being very cost-effective. Apart from this announcement, Continental also discussed its future strategy with regards to various technological features such as ABS (anti-lock braking system), airbag sensors, innovative instrument clusters and control interfaces, all of which Continental supplies to several Indian two and four wheeler (and commercial vehicle, too) manufacturers in the country and globall as well. The current target is to innovate in these aspects, while making them available to a wider audience by means of reducing overall cost of production and, hence, purchase. A good thing, we believe, as long as automobiles get more in sync with the future! Watch this space for more on the emerging technology giant!