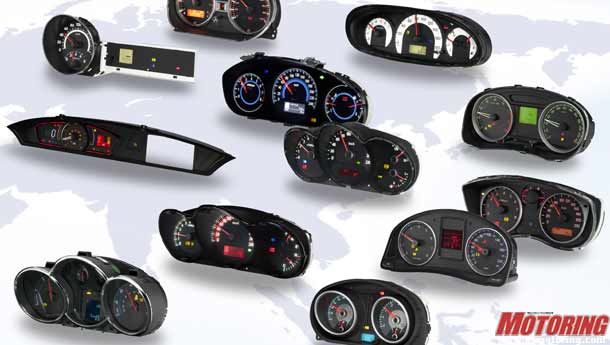 “We’re placing a strong emphasis on cars in the lower price segment,” said Helmut Matschi, Continental’s interior unit chief. “If you want to bring the same functionality to these cars, you have to figure out a way to make them affordable because the budget is lower.”

The company was reducing costs by developing electronic devices that combine functions, like car access controls and speed indicators, Matschi said in an interview last week at the division’s headquarters in Regensburg, Germany. The interior business generated 4.4 billion euros ($5.9 billion) in revenue for Continental last year, 21 per cent of the company’s total.

Making devices suitable for low-end autos, including Tata Motors Ltd’s $2,700 Nano, the world’s cheapest car, represents a shift for the parts maker, which has historically relied on home market sales to high-end producers Bayerische Motoren Werke AG, Daimler AG and Volkswagen AG. Continental gets more than 60 per cent of its sales from Europe and only 14 per cent from Asia.

Continental shares gained 38 cents, or 0.7 per cent, to 57.90 euros at 3:37 pm in Frankfurt. They have advanced 59 per cent this year, making them the third-best performers on the Stoxx 600 Automobiles & Parts Index. Valeo SA of France has increased 57 per cent and Pirelli & C SpA of Italy has risen 34 per cent.

‘Foot in the door’
Stuttgart, Germany-based Robert Bosch GmbH also aims to accelerate growth by supplying the Asian low-cost market. Bosch was the first company to announce cooperation with Tata on the Nano and is cutting non-essential functions from components to attract customers on the continent, spokesman Thomas Knoll said.

While half of the world’s cars are built in Asia, car electronics production still largely takes place outside the region, 47-year-old Matschi said. Continental, which trails Aichi, Japan-based Denso Corp. in most car electronics segments in Asia, said the new push would target autos which on average cost about 2,000 euros in India, 4,000 euros to 5,000 euros in China and as much as 11,000 euros in Japan.

“It’s not going to be easy to get decent margins on these products, but it’s essential to have a foot in the door,” said Frank Schwope, a NordLB analyst in Hanover who recommends buying Continental shares. “We’re looking at a vast mass market that they have to tackle and that they can’t leave to the competition.”

Continental won Ford Motor Co as a customer last year and is in talks with carmakers in Asia to supply them with components that combine functions to reduce the use of materials and streamline production, Matschi said.

If the technology “meets our functional requirements, production needs and validation requirement, then we will definitely be interested in it”, said C V Raman, engineering manager at Maruti Suzuki India Ltd, which makes India’s most popular model, the Alto hatchback. “Of course, cost is an important determinant.”

Close to all net growth in the global car market from 70 million to 100 million units in the next 10 years will come from low-cost vehicles, said Christoph Stuermer, a Frankfurt- based analyst at IHS Automotive. Most cars in the segment don’t yet have proven electronics systems, making it easier for suppliers like Continental to enter the market, he added.