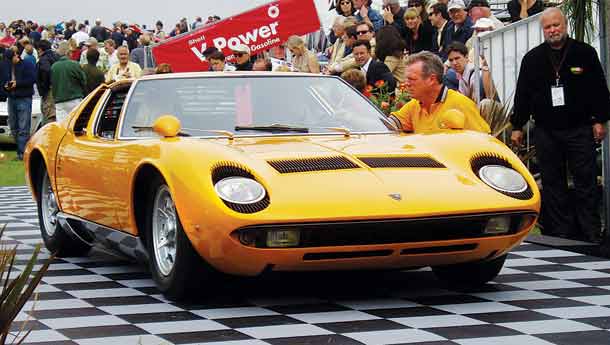 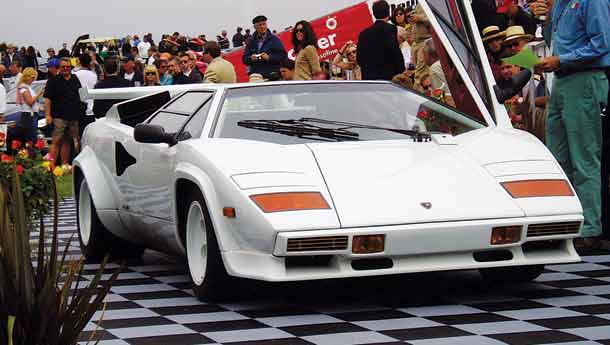 I must admit that I enjoy driving almost every car. But I especially enjoy the more expensive models which are typically a real treat to look at and to drive. An Esteem is a decent car to drive... and a Mercedes E-Class takes it up quite a few notches in solidity, luxury and style. However, there is a special place in my heart for Italian cars. Even a 1953 Fiat Millicento (1100) has a special sound and a special feel. It is totally different from a period Morris or Mercedes. Last week, I was playing taxi driver in a 1997 Ferrari F355 Spider. All of my friends wanted to go for a ride. When you drive a Ferrari down the street with the throttle wide open, screaming through the gears, it causes changes in your heartbeat and your breathing. Your eyes sparkle, and a smile is pasted to your face, sometimes a giggle, maybe even a laugh. It is not a car. It is a piece of fine art that needs to be celebrated. And I did just that, and how!

Once a year, like minded individuals come together and gather at Concorso Italiano, a celebration of Italian Style. The Concorso is held at the beautiful Bayonet/Black Horse Golf Course in Seaside, California. This year was the 21st annual Concorso. But it was my first, and I was mentally unprepared.

‘Acres of Ferraris’ ‘la maniera troppo Ferraris’ ‘An ocean of Ferraris’ ‘il numero incredibile di Ferrari’ ‘Wow, that’s a lot of Ferraris’ ‘I didn’t know that Lamborghini built so many cars’ That’s what was going through my head in English and broken Italian while I was trying to scrape my jaw off the grass. I had showed up determined to report to you exactly how many Ferraris and Lamborghinis were at the event. But I felt like Suppandi trying to count the number of taxicabs in Mumbai. The event was spread over five or six Fairways. At 7 am, there were plenty of people around. By noon, the crowds made it difficult to photograph the cars. By this time, I was only watching other people trying desperately to take pictures of a car without someone in the way... my memory card was already full, you see.

The Concorso is truly a social event, where you meet up with old friends and chat about all things automotive and Italian. I was watching the first few cars roll across the award stage in the morning when I saw Tom Matano, design chief of the original Miata and head of Automotive Design at the Academy of Art in San Francisco. We chatted briefly while Tom lit his pipe and then we strolled around these beautiful cars, while I was getting schooled in the nuances of fine design by a master. On the way, Tom stopped and introduced me to a very well dressed, and very handsome Henrik Fisker. Fisker was the designer behind the BMW Z8 and Aston Martin DB9 and AMV8. He recently left Aston Martin to start his own car company which custom builds cars based on BMW 645 and Mercedes SL mechanicals. We chatted a bit about his plans and his new cars.   All around me, I saw clumps of people, long lost friends, who just bumped into one another here. This type of bumping into friends from around the automotive world only happens at Monterey in August, when the automotive world converges here for Concorso Italiano, the Monterey Historic Automobile Races and the Pebble Beach Concours.

My favourite car at the event was a 1950 Abarth 205 Vignale Berlinetta – I loved the car at first sight. On digging further, I started uncovering some amazing things about it. The 205 was Carlo Abarth’s first car after he left ailing Cisitalia to start his own firm. Originally, only two were built for racing with berlinetta bodies by Vignale. The Vignale trademark three round vents on the front wings stand out. It was powered by the proven Fiat four-cylinder displacing 1089cc (does that sound familiar?). Of course, it was equipped with an Abarth tuning kit that yielded 75 bhp, which was twice the output of the Fiat Millicento. Both of these cars were raced extensively and very successfully, They competed in the Targa Florio and the Mille Miglia. Carlo Abarth liked the car so much that he had another built for himself as a road car. This was the first of the two race cars and hence the first Abarth ever. It was destroyed and buried under rubble in a fire in 1981. The car was completely restored from the ground up by the current owner. The original aluminium body was restored with all the original panels repaired, not replaced as is the norm. The car was stunning at the Turin Motor Show in 1950 and it is stunning today in concours winning condition.

It’s always a treat to see a Lamborghini Miura. As expected, there were a few stunners at the Concorso. However, I did not expect to see a Lamborghini LM. I remembered it from my boyhood days in the 1980s, a Countach’s V12 mated to a brute of a 4x4. It was clearly aimed at wealthy Arabs, not soccer moms, with a base price of $125,000 back in the day.

The yellow 1973 Daytona pictured won the ‘Best of Marque’ award for a Ferrari and the 1934 Lancia Belna won the award for Lancia, which was the featured marque this year. I had the treat of seeing my first Lancia Delta Integrale in person. The car was never sold in the US, and I am a big fan of the WRC series.

The Monterey Weekend is a once in a lifetime must-see for every auto enthusiast. The Concorso Italiano is one breathtaking automotive event that will leave you breathless by the end. It is truly a celebration. The event culminates with an organised driveout, where the cars drive out one by one passing the spectators sitting on the grass beside the road. There can be no better way to end the day than listening to lovely Italian music emanating from the quad tailpipes of a V12 Ferrari. Amen.