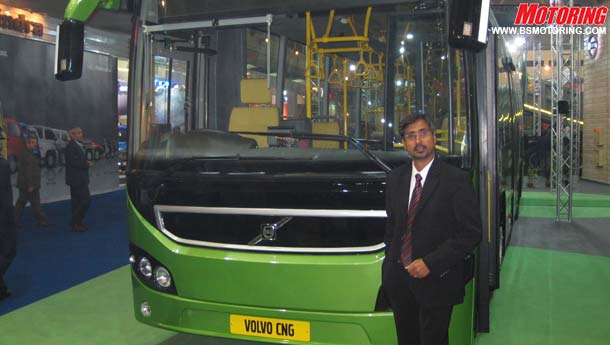 The commercial vehicle (CV) segment, which is often regarded as the barometer of economic health of a nation, has posted growth in July even as sales of the car segment slumped, its worst performance in over two years.

The country's top commercial vehicle manufacturers such as Tata Motors, Eicher Trucks and Buses, Mahindra & Mahindra and Asia Motor Works (AMW), which command a share of 83 per cent of the domestic CV market, have together posted a growth of 28 per cent selling over 60,000 units in July. Chennai-based Ashok Leyland is yet to issue its sale numbers for the month.

The rise in CV sales is a result of a favourable mix of several reasons such as planned execution of scheduled infra-related works sponsored by the government and private parties, imposition of anti-overloading law by some states and new product introduction.

The growth, according to CV manufacturers, has come despite broader inflationary pressures, high fuel costs and peaking interest rates even as car sales, which are more sensitive to such reasons, buckled under pressure during the same month.

Tata Motors, the country's biggest manufacturer of light and heavy trucks and buses, posted a growth of 14 per cent during July, selling 40,798 units in the domestic market as compared to 35,694 units sold last year.

Somnath Bhattacharjee, president, Volvo Trucks India and executive vice-president, sales, marketing and aftermarket, VE Commercial Vehicles said, "The CV industry as a total is still not impacted as the cars segment. The light and medium trucks, which generally cater to the agricultural and service sector, have been doing well. In addition, the heavy trucks segment has seen an uptick due to constant implementation of the compliance of anti-overloading law."

Eicher trucks and buses, a business area of the company VE Commercial Vehicles and the fourth largest CV maker in India, posted a growth of 34 per cent in sales at 4,152 units last month. The company is expecting demand to stay high as CV consumption form the agricultural sector generally grows in the second half of the year.

Mahindra & Mahindra, India's third biggest CV maker and new entrant Mahindra Navistar Automotive (MNAL) is confident of growth possibilities and would, thus, launch more products to maintain consumer interest. While M&M grew by 91 per cent at 13,472 units, MNAL grew by 13 per cent at 1,144 units during July.

While those heavy trucks are expected to see a minor correction in demand moving forward other segments such as the tippers are witnessing stronger demand.

Nalin Mehta, chief operating officer, Mahindra Navistar Automotive, said, "We have been in the LCV business for some time now, which is doing reasonably well there. We are adding to our range in the heavy commercial vehicle (HVC) segment. Yes, the market has become a little tight, this is a difficult scenario with fuel and finance having gone up. But we hope to do well with further addition to the range. The school buses are witnessing good demand. We added the 25 tonne long-wheel base as well as started with 40 tonne tractor trailer."

While those heavy trucks, which ply only on highways, are expected to see a minor correction in demand moving forward other segments such as the tippers, which are used extensively in construction and infrastructure building areas, are witnessing stronger demand.

A Ramasubramanian, president, AMW said, "We sold close to 900 trucks in July as against 500 same month last year. The boarder economic scenario will bother the highways trucks more than other sub-segments.

Expenditure on truck are totally different issue with timelines and expense targets expected to be adhered to. Many trucks are bought to aid large power projects. Many infra-building projects are facing a lag effect."