Commercial vehicle sales may come under pressure in FY13 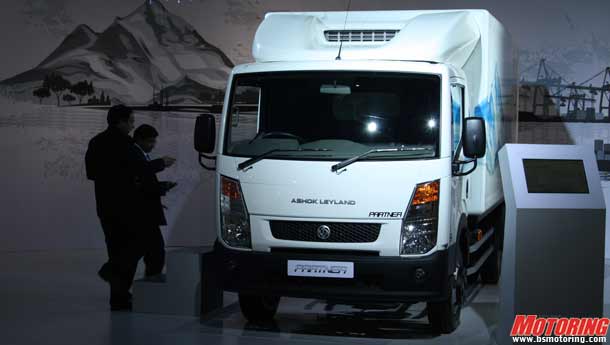 The automobile industry has not had it easy this financial year, as rising interest rates and high petrol prices hurt demand. The commercial vehicles (CV) segment has also seen sales slowing in the last few months, but robust sales of light commercial vehicles (LCV) have saved the day for most CV makers. Between April 2011 and February 2012, sales of trucks (LCVs and medium and heavy commercial vehicles segment) grew 20 per cent.

Analysts say this has been driven by steady supply of freight and consistent demand for truck rentals. According to Prabhudas Lilladher’s Surjit Arora, the truck freight market has seen a positive development in the last five years. The long-term contractual transport business has grown 25-30 per cent, as against 5-10 per cent growth in total freight volume. Robust demand for LCVs helped the entire segment buck the cyclical trend that has plagued the CV market.

Analysts believe the FY13 Budget proposals will put some pressure on demand, as most commercial auto makers will have to raise prices. The FM proposes to charge excise duty at an ad valorem rate on CV chassis, instead of a mixed rate of 10 per cent plus Rs 10,000 and 22 per cent plus Rs 10,000. The duty now stands at 15 per cent and 25 per cent. This is negative for original equipment makers, says Edelweiss Securities, as they need to take price rises of two to three per cent to offset cost increase. Buses and trucks fall under the 10 per cent-plus category and dumpers under the 22 per cent-plus category. This is negative for Ashok Leyland and Tata Motors.

Analysts say the reason why the cyclical CV market has so far grown in double digits, despite high interest rates, is because of rising need for last-mile connectivity inside cities. This has resulted in demand for LCVs. According to Avendus Securities, “Sales volume growth of LCVs is likely to stay in the high teens, well above that for M&HCVs. Domestic LCV sales are likely to grow at a a compound annual growth rate (CAGR) of 19 per cent over FY12–14, resulting in a CAGR of 15 per cent in commercial vehicles.”

Truck rentals have gone up as freight volumes have been steadily rising over the last few quarters, claim analysts. Cargo from both agriculture and manufacturing sectors have been on the rise. Consequently, truck rentals increased more than the rise in fixed cost and variable costs of operators. Analysts feel this is positive for the CV market. While a full recovery in demand was expected by the second half of FY13, this may get delayed as a reversal in the interest rate cycle may take longer to turn. If the investment cycle then turns, M&HCV volumes may also return to double-digit growth levels.