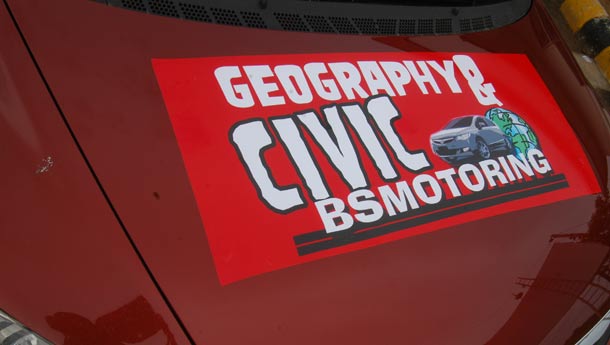 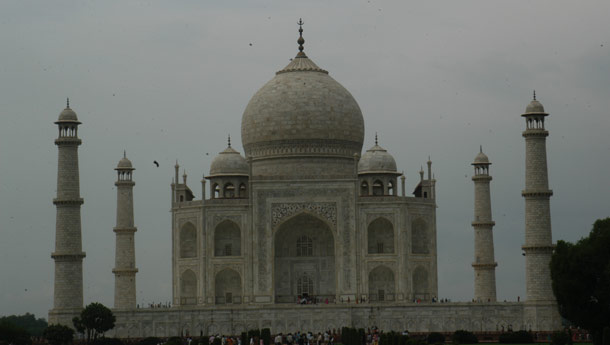 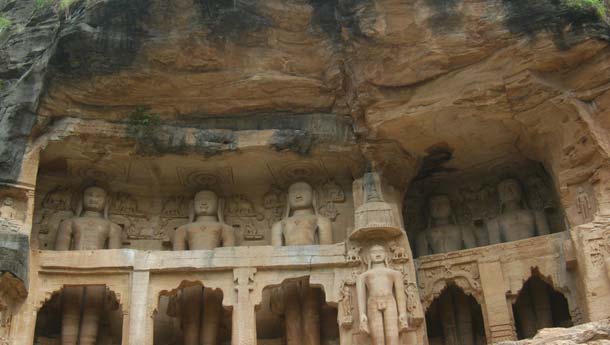 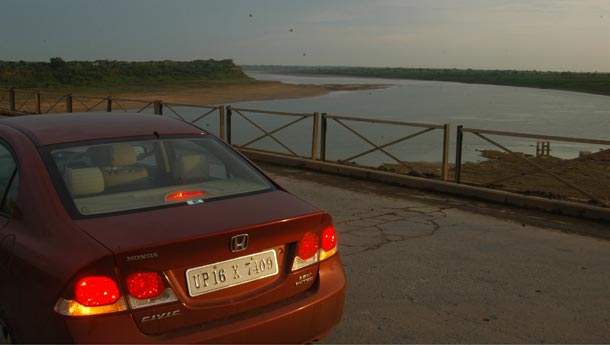 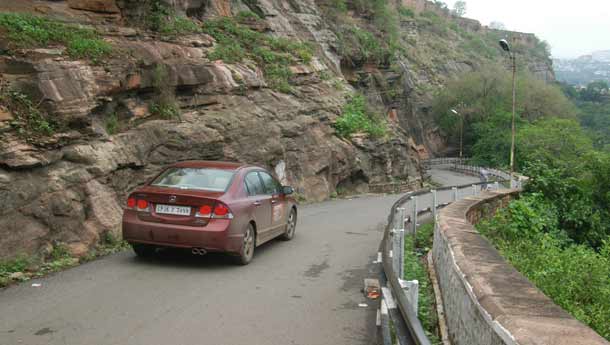 Murphy tends to follow us wherever we go. Plan a trip halfway across India and he ends up in the passenger seat with his imaginary bag in the boot acting as ballast. If that's not all, he also ends up throwing spanners at our wheel. Before we left Mumbai, our plan was to head to Orchha for the night via Agra. Now Orchha isn't your average town and when Pablo swings his chair in your direction to suggest a place, you better be setting your compass to his suggestion. But Murphy decided to fiddle around with our alarm clocks and then body clocks and before we knew it, we were out of Delhi, some two hours late, conveniently altering our plan for Gwalior. Then Kartik, still deep in his thought slumber rubs his eyes, leafs through the Eicher map book and screams ‘Agra’. No cross questioning, no second glances and before we knew it, two souls and one brand new facelifted Honda Civic were heading out to check out one of the world's most beautiful structures made by man.

Welcome then to our Geography & Civic drive - one that didn't aim to create any records or break them. Rather, it was a journey into history, into geography and into minds of different Indians. And how were we supposed to do that? Simple. Drive down from Delhi to Bangalore, split the drive into three parts and get three different individuals from three age groups to anchor each of those parts. The first part was mine and I had company in the form of Murphy.

We tried to make up for time and floored the throttle of the Civic out of Delhi and into Haryana. And friend Murphy ensured we encountered speed-gun toting policemen. '107 kph in a 90 kph zone', the speed ticket said and I was poorer by 400 bucks and some of my sanity. Kartik joined Murphy in bouts of guffaws, but I couldn't care less. So I switched on the cruise control for the first time in our brand new facelifted Civic - a feature that wasn't available so far. Flicked the button on the steering, set it to 90 kph and just sat back and relaxed as the new fuel consumption trip started notching up numbers.   On the wide expanse road to Agra, time seemed to fly by and Murphy, it seemed was enjoying a quick nap while we continued to make progress. While that did mean silence all the way up to the gates of the Taj, that silence would shatter once we entered the complex. Hundreds of tourists, jostling to get inside, click snaps and generally make a noise, while Kartik and I patiently waited in line to get a glimpse of the famous monument. Now, Kartik had never seen the Taj and the only time I saw it was in fading evening light, so we were Taj virgins, if you can call us that. As we entered the complex and got a glimpse of the structure, our hearts went numb. Frankly, there's no way one can explain the beauty of the Taj in text and you don't merely gaze at it. It can only be man's greatest tribute to a woman, in this case one man. Flaw, as a word, doesn't even home in on the radar of this structure. One can spend hours, days even and still feel not having got enough of the mighty mausoleum. It probably felt like the longest hour of my life, and yet I feel the experience was incomplete.

Maybe because Murphy was banging at the windows of the Civic in the parking lot, trapped and somehow asking us to get the hell out of Agra and head towards Gwalior. I will make amends one day and come back to fulfil my experience. So before we knew it, Agra was long gone in our rear view mirrors and we were running low on gas. Diving into a pump to fill 'er up and get moving, we realised Murphy was sitting on our stickers and wasn't helping us with sticking them up. Thankfully, the pump owner was more than adept at the job and helped us with our battle gear - Geography & Civic, it said, and our car looked ready to finish the journey all the way up to Bangalore.

But the map book brought out our first stumbling block - Chambal. The famous 'Chambal ki ghatti', the home of all those famous dacoits may make for great folklore, but it isn't short of stunning in its own right. The huge hillocks make for great places to hide, and calling it India's Death Valley wouldn't be out of context. In the dimming evening sun, Kartik ran out to click some snaps of this beautiful backdrop, as a local cop walked right up to us and offered us reflector stickers. 'You will need them', he said, 'the others on the road need to see you'. The kind gesture and a wave later we were out of Chambal valley, closing in on Gwalior as the light faded. As we would learn later, most cities in Madhya Pradesh have poorly lit roads and we went in circles before we could locate the MTDC hotel in the heart of the city. We crashed on our beds, Murphy snoozing away in the comfortable rear seat of the Civic. A long day now awaited us on our trip to Bhopal.   Gwalior holds a special place in my life. For more than a quarter of a century, or since the time I could understand spoken language, my father would tell me tales about Gwalior. Since he was born there, I had to hear them all, even if I'd tell him that I'd heard the same tale 79 times before. So visiting Gwalior meant an end to those tales that haunted me for so long. And what better way than to get out of bed and find our way up to the Gwalior fort.

The route up to the fort isn't easy, and trust Murphy to force us on to narrow winding streets before we find the stretch of tarmac that leads us up to the fort. It might be a couple of hundred years old, but the Gwalior fort is extremely well maintained. Everything within the confines of the fort feels in better shape than most other forts across the country - primarily because it also houses one of India's premier schools and that the Archaeological Survey of India have done a decent job of maintaining it too. We spend some time with the guide who takes us across the fort, through the several dark passages, telling us tales of the nine queens who resided in there and the bravery of the ninth one who lost her life because of the greed of the other eight.

Gwalior turned out to be better than I thought and maybe my father wasn't wrong after all. Our next ‘planned’ stop was Sanchi, which was only finalised the previous night. Murphy, meanwhile didn't squeal even once as we exited Gwalior to get on to unfinished sections of a new four-lane highway stretching to Jhansi and beyond. After all, the facelifted Civic has also seen a small change in the rear suspension setting to reduce the inherent softness that plagued it, as well as improve ground clearance. Not once did the car flinch as we jumped from one finished section on one side of the road to another. Speeds started to climb as distances started to shorten. And then Kartik, in a manner of pulling his hair exclaimed, 'I'm sick of cows'. This is bovine land for sure, but trust us when we say you end up seeing more cows than humans. It gets irritating after a while as the presence of so many of them, whiling their way on the road under the sun becomes more of a hindrance.

Cows would also cause us to lose our way once again - perhaps Murphy decided to bring them together in the first place. And then, it started to turn dark and cloudy as evening approached and Sanchi was still some distance away. Sanchi however would never turn up as we missed the detour and it wasn't until we were 30 kilometres on to the road to Bhopal that realisation dawned on us. Murphy was having a hearty laugh while Kartik couldn't believe his luck. Bhopal would come up on us by 7 pm and we would fight our way to the airport to pick up Srini, the next man for the trip, while I packed mine for the trip back home next day.

That morning, two people would wave goodbye at us at the airport – Kartik and Srini. I decided to take Murphy along rather than leave him in the Civic for the rest of the drive.