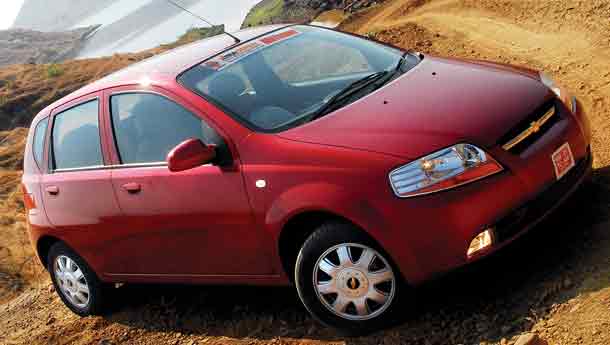 Whenever legislation forces carmakers to tailor their cars to certain specs, you get surprising packages. So post-WWII European cars had small hearts that saved fuel, but struggled to move heavy cars. The solution was to turbocharge engines, and even today, the specific output of some of the European cars is phenomenal compared to their ponderous counterparts from America (they never felt the need to conserve fuel, you see). Severe congestion forced Japanese authorities to stipulate strict guidelines for small cars, which resulted in Kei-cars (they enjoy tax breaks too). The resulting machines had
teeny-weeny 660cc engines, but soon they too grew turbochargers that took performance to another level.

I don’t know whether our finance minister knew what he was getting into when he drew the line for sops using engine capacity as the yardstick. To cut a long one short, we will soon have lots of petrol cars sporting under-1200cc petrol engines and oil-burners that just about reach the 1400cc scale. We already have the Tata Indica Xeta with a 1200cc engine and the Fiat Palio may debut with a 1200cc motor too. Suzuki is not bothered with the hot-selling petrol Swift – though they have a 1300cc diesel ready for action and we hear Hyundai will have diesel and petrol engines for the Getz that meet the guidelines. Good time to launch the Chevrolet Aveo U-VA then, right? And for a change, General Motors India was alert to the call and are launching the hatchback with a modern 1200cc heart – mind you, GM is launching this engine in Europe as you read this.

So far, so good. The new engine will ensure that the hatchback will get a very competitive price tag to begin its innings in India with. And after spending a week with a spanking new example, we are happy to tell you that the U-VA is a very capable car. Comparisons with the Getz and Swift are inevitable here and we are going to be liberal on that front.

Design
The U-VA takes the middle path, between the straitjacketed Getz and the flamboyant Swift. Sure, the original lines are almost four years old and don’t have the exuberance of modern European hatches. However, the overall architecture is contemporary and that means ample room inside. Fit and finish of cars that rolled out of the Halol plant of GM was never in question and the Aveo U-VA sports the same sheen of Opels that we were familiar with till recently. The slightly curved roof and the chunky C-pillar gives the car a taut and well-built feel, but this also means that ingress to the rear seat poses a challenge to those who are tall as well as heavy. But it is a very proportionate car to look at – from any angle. And very busy and purposeful when seen in action. Small mods to the lighting fixtures would have made the U-VA that much more new-age though. Overall, a handsome machine.

Interior and comfort
Interior is functional and features acres of grey plastic, indicating that cost was certainly a concern at the development stage. Driving position and ergonomics cannot be faulted, though. It does not feel as if you are about to drive a hatchback when you are belted up and stare through the windscreen, which is on the far extreme of an enormous dash-board. The airconditioner struggles initially and it can be a worry in hot summers. The driver and passenger seats are extremely comfortable and best in class. The rear bench can seat two in comfort while three becomes a bit cosy.

Engine and performance
The four-pot motor is surprisingly refined for a simple 8-valve SOHC design and develops 75 bhp at 5500 rpm and 11 kgm at 4400 rpm. Thankfully, gearing is just about right for most city applications. What we don’t like about the U-VA powertrain is a feature that is carried over from the sedan – a notchy, grumpy gear shift. Levers that operate a ten-year old arcade game will be more positive and offer more feedback. The engine feels small and out of depth only when you try to launch the car on a handful of revs. Take-off in a relaxed manner and go through the gears and the U-VA will reward you with perfectly useable torque through the range. Our test car accelerated to 60 kph in 6.74 seconds. Second gear can manage just about 80 kph and that meant 15.38 seconds for the 100 kph run. No, it does not feel as peppy as the Swift, but it certainly is more fun to drive than the Getz. Given the distance, the U-VA will do 160 kph and it does so without making you sweat. Good show indeed for a 1200cc car. Things become eerily quiet and peaceful when the largest of the cogs are put to use – the U-VA can eat miles at a relaxed 80-100 kph pace throughout the day. That should explain the excellent fuel economy we registered for the car – our test car returned 13 kpl without fail and we had a few spirited acceleration runs thrown in.

Ride and handling
The Daewoo Kalos, which became the Chevrolet Kalos and then the Aveo U-VA for India was designed and developed for Europe. Good ride quality at decent speeds is important in Europe (where city streets are still paved with cobble-stones). The suspension layout is simple McPherson struts up front and a twist-beam setup at the back and it has been fine-tuned to offer a supple ride as appreciated by Indian buyers. The result is a hatch that can absorb bad to terrible roads like its sedan sister. That said, the shorter wheelbase means the U-VA is not as settled as the sedan, especially when you hit a bad patch of tarmac at speeds. Directional stability is better than that of any car in its league and it came through when we had a blast on the Mumbai-Pune Expressway. The steering (hydraulic) could be more precise (especially when you want to correct your line) and could offer better feedback. A committed driver will extract foolproof handling out of the U-VA. Speed through winding roads in this car is determined by the gear you are in more than the handling provided by its suspension system. In short, it is the ride and handling of this car that sets it apart from the Japanese and South Korean rivals – which makes it behave like a grown-up car and we like the idea very much.

Verdict
Sure, GMI turned out the U-VA with the right engine, but isn’t it a tad too late to make an entry for India? We see an issue, as both the Swift and the Getz will get frugal diesel power packs too. Come to think of it, the U-VA should have its space sorted out, since three traditional hatches are out of the market or are not doing particularly well for various reasons. The old Zen is history, the Opel Sail is dead and the Fiat Palio is bought only by bargain seekers. The B-plus segment has shown tremendous growth in India and if priced properly, the U-VA can get a chunky pie of buyers who would have preferred any of the above three cars. But the real success will be wooing Swift and Getz buyers. We will soon settle the issue with a proper comparison test, but our first impression is that GMI has played the U-VA card quite well. Expect the pricing to be competitive (read Getz).

Maybe carmakers will try to get more out of these ‘below 1200cc’ engines. A force-fed U-VA hot-hatch with 150 bhp on tap won’t hurt, right?