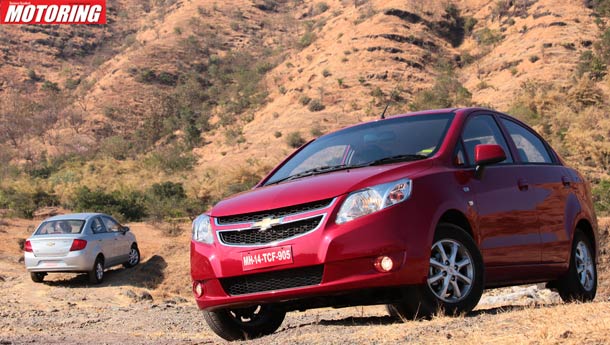 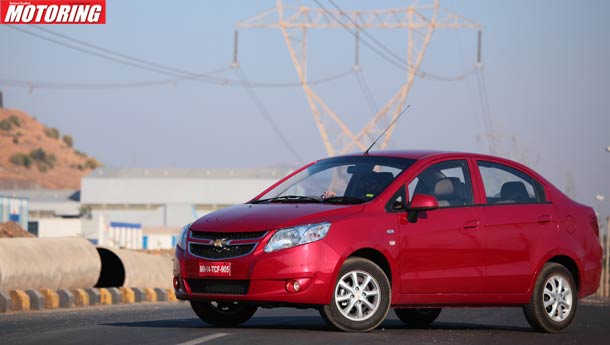 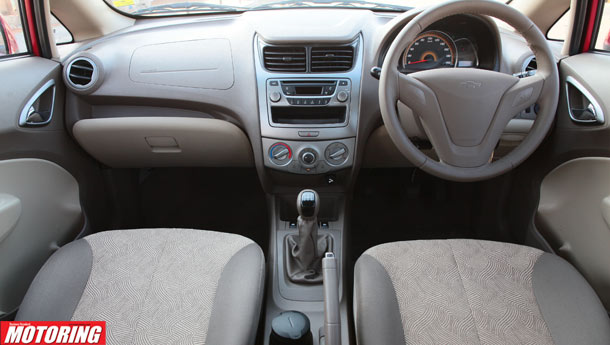 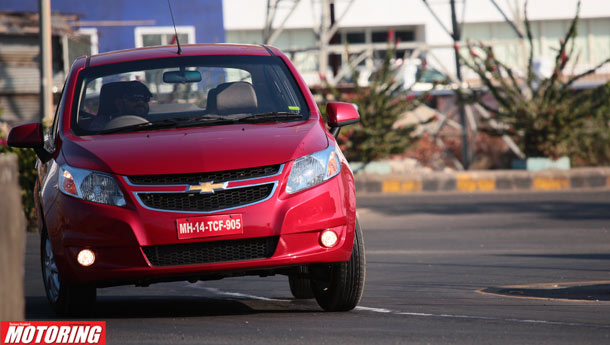 The Chevrolet Sail has something to boast of. It is the fastest growing of all the models that General Motors (GM) produces in China. Ever since its launch in the Middle Kingdom in January 2010, the Sail has been filling up GM’s order books. It’s not surprising why. The Sail family has been designed, engineered and developed by GM-SAIC’s two joint ventures — GM Shanghai and PATAC, the Pan Asia Technical Automotive Centre. It has been built keeping the Chinese customer in mind, and that has paid off for The General.

There is a famous misquoted phrase that goes like this: “What’s good for General Motors is good for the country.” So to take a cue from that: is what’s good for the Chinese good for us? Well, why not? Like us, the Chinese need lots of rear leg room. For them, three-box cars are also a sign of prestige. They also appreciate value for money. They like Chinese food and so do we. And so on and so forth. So if they love the Sail, will we Indians also fall for it? Read on.

The Sail is not a bad looking car, mainly because it is not a sub-4 metre model, so it looks proportionate and substantial. I like the looks of Chevrolet front-ends in general and the Sail too manages to have some frontal aggression. The creased bonnet and the muscular bumper contribute beautifully to its appearance; where the problem is that it is too similar to the U-VA. It would have been better had GMI done something to distinguish the sedan from the hatch at the front. Perhaps they could have reworked the plastic-chrome surround of the grille or maybe incorporated a revised bumper treatment. The General has gone the Toyota way (Etios/Liva) as opposed to the Maruti Suzuki way (Swift/Dzire).

So when you’re paying extra for a booted version of the U-VA, nobody unfortunately will notice it — and that affects the prestige issue, doesn’t it? The profile of the Sail is pretty regular, and the mirrors located on the doors are smart. It, however, looks a little under-tyred — the rubber does not fill up the wheel arches and that gives it a spindly appearance. Well, that’s the price you pay if you want cars to offer better fuel efficiency rather than driving pleasure, grip or looks. The rear portion of the car is not exceptional, but it’s not unpleasant either. There are shades of the Fiat Linea to it; if the virtually invisible creases on the boot could have been stronger, it could have stood out.

The Sail is aimed at the Etios and so GMI seems to have taken a cue from Toyota India in the interior department as well. The dash is too plasticky and the hue chosen makes it even more so — it could have been a better shade to give a premium feel, instead it looks dowdy. Even the Chinese market dark grey plastics would have been better, I feel. And the acres of plastic make the interior look bare-basic. There is no central locking button (you get the old-fashioned plunger on the doors) and all the four power window switches have been placed in a row in front of the gear lever — it gets confusing to operate it, wonder how the Chinese manage. The reason for the awkward position of the window switches is to curb costs and save on expensive cables and door fitment — for this, GM has to thank the Mahindra Renault Logan for the idea. In effect, the Sail does not have that premium feel, something that its predecessor, the Chevy Aveo, did. Where the Sail scores is in the rear leg room stakes — though, surprise, surprise, the wheelbase is the same as the U-VA’s! Goes on to show that the U-VA, for a hatch, is spacious too.

There is a lot more inside that’s common between the sedan and the hatch — the petrol and diesel powertrains are shared too. There is no reason for the Sail, which is over 4 metres, to have a 1.2-litre petrol motor, as it does not benefit from excise duty cuts. GMI could have brought in the 1.4-litre petrol that the car comes with in China, for instance. But owing to cost efficiencies, they decided this would be enough for us Indians. And we love to stretch that litre of precious petrol anyway, don’t we? Again, the 1.3 diesel could have made more output in the Sail application vis-à-vis the U-VA, but the car maker has left it unchanged. So to answer the question no one asked: yes, the Sail is a U-VA with a boot, nothing more, nothing less. Might as well add now that the boot is voluminous enough to swallow a small family’s luggage.

So how is it to drive? Just like the U-VA, then. According to the specifications, the kerb weight of both cars is the same despite the addition of the boot, so it does not change the performance characteristics at all. The 1199cc inline-four petrol, with its 85 bhp and 11.5 kg of torque is adequate, but I wonder how it will perform with the full load of the abovementioned family. The torque arrives at a peaky 5000 revs — that means you need to be generous with your throttle inputs, especially in traffic. And you need to be eager with your right foot to extract some decent performance from the petrol motor; lower down the rpm range, the Sail does feel sluggish. What mars this further is the five-speed manual gearbox which is in keeping with previous GMI gearbox character — it feels slushy and the throws don’t seem positive at all.

On the other hand, the diesel engine-gearbox combination is excellent. The same Fiat-derived 1248cc motor, with 77 bhp and 21 kg, does duty in here as well. It is visibly perky compared to the sleepy petrol and the maximum torque, arriving at a low 1750 rpm, makes all the difference over here. It may lose out on the top-end, but in day-to-day driving conditions, this version is much better. Lag is not too noticeable and the motor offers brisk acceleration under regular conditions. The gearbox throws are vastly better than the petrol version, slotting surely and firmly. I recommend the diesel Sail even if you want the petrol version!

However, if you want an entertaining car to drive, you will have to look elsewhere. The Sail’s handling is staid and does not excite. It goes around corners because it has to — well, like American roads, I think even the Chinese have long, straight curve-less highways. Disclaimer: I haven’t been there, but I just assume so. The steering feedback is just about all right for those who will commute in it from point A to B, but not if you are the sort who passes rapidly through points G and M to get from A to B. The ride quality of the car is its best attribute. Be assured rear-seat passengers will be comfortable as it does a good job of smothering bad sections of tarmac.

What to make of the Sail then? It is a car that is functional, like a tool. For a host of us Indians who want such a tool to commute in, it serves the purpose. Because the key attributes that we look out for are something that it possesses: smart looks, interior room, fuel efficiency and ride quality. But the most important thing is value for money. If the Sail is just a U-VA with a boot, and there are no other premium attributes to it, then it should be compellingly priced when it gets launched in the first week of February — hopefully, for around Rs 6.5 to 8 lakh. So GM, should we order Chinese then?