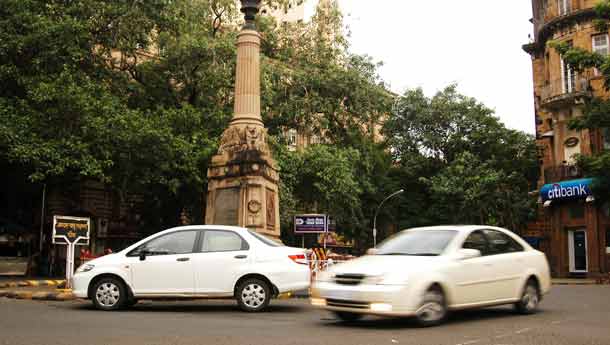 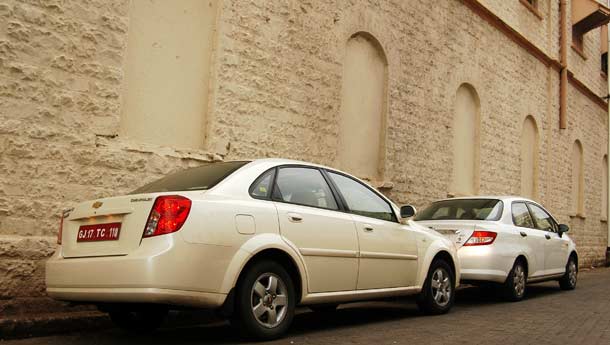 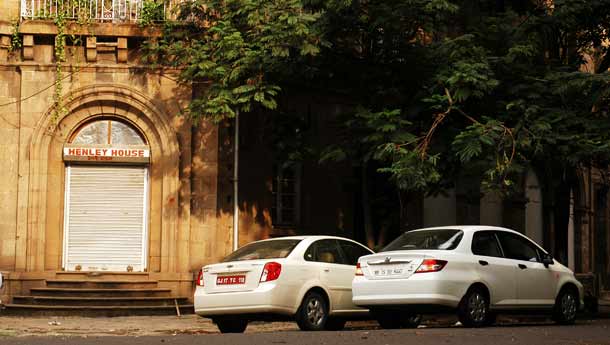 The road today certainly doesn't disappear into the distance. And there isn't even a perfectly deserted ribbon of tarmac that we will visit. NOPE. Today, the road is as congested as an artery of a 40-year old accountant. Four lanes of red lights to the front, four lanes of white lights to the right. The past thirty minutes have seen us move exactly three hundred… metres. This seems to be the order of the day. Still, on a day like this, you have to count your blessings and watch your braking distances. Welcome to the commuter run.

And these are the commuting heroes – built with the single-minded mundane approach of ferrying you to work and back. Nothing more. Nothing less. With a lot like this, you would expect me to approach it with an open mind. Yet it's hard not to be a little prejudiced. Pedigree is the culprit.

With the Honda, lingering images of the old City that had us under some kind of spell makes me wonder about its replacement. To replace a four-door family sedan that you could enjoy, desire and even be proud of with a four-door commodity was for me, in one word – sacrilege. On the other hand, I always end up seeing right through the Pininfarina suit and Chevy bowtie. 'It's a Daewoo,' I keep telling myself.

But who cares about all that when all you want to know is what to spend your hard-earned money on? Alright then, let's get on with it.

The City's modern architecture and the bold cab-forward design  has somehow gone down pretty well with us. Age and the fact that you see one every five minutes haven't weaned it either. While the Optra is neither offensive nor memorable. But while it's there, it does make a premium statement. More importantly a bigger one than the City. If these were buildings, the City would be one of those new fangled glass/tiles jobbies that don't reveal if it houses people or chemical reactors. The Chevy, on the other hand, would be an upmarket housing complex, one that doesn't look different from the next one. Yet it's just as appealing.   Step inside though, and the Optra's interiors befit the exteriors, while the faux wood passes off well too. But they are nowhere as good to look at as they are to touch. Maybe the Korean winter was at its strongest on the day the engineers were deciding on the materials. And since I am grumbling, let me also add that the horn button is an ergonomic nightmare. On the other hand, the City uses plastics to brilliant effect. The SLK-derived cluster looks smashing and everything is just where it should be.

When this new City arrived, I mourned. I thought Honda had committed hara-kiri by taking the pocket rocket out of production and replacing it with this – a 1497cc, twin spark motor. An Octavia RS later, everything was forgiven. Anyway, back to the new City or let's just call it the City.

Now, if Honda makes anything with a spark plug and a piston, rest assured that refinement levels will be up to scratch. And so it is. The lump up front is a diligent worker, but 77 horses won't see you burning streets. However there is something else you wouldn't be burning too much of either: fuel. The 8-valve, i-DSI (Dual and Sequential Ignition) motor is a bit of a Pete Sampras really. It does it's job with an irritating accuracy every single time but don't expect it to entertain you. Fuel efficiency is what it does best. And what it does best, it does it brilliantly. On the, er... city run, it will please you with a lovely 13 kpl. While on the highway it will absolutely blow you away with a 16 kpl figure. Incidentally, that's really the only thing that the City will blow you away with. But more on that, later.

The Optra on the other hand has been a petroholic all its life. But the 1.6 has been put on rehab, well sort of. GMI has identified this weakness and given it VGIS. Or Variable Geometry Induction System. Now while that may sound like it belongs to something that's got NASA written on its side, it really isn't that complicated. VGIS is essentially GMspeak for VANOS. So now, there is a shorter intake manifold that comes in at 4400 rpm, which results in more high-end grunt, although its dividends in fuel efficiency are limited. Besides, a DOHC layout means the Chevy will always remain a bit heavy in its head. The Optra still makes the same power as before, but fuel efficiency is in the region of 9 kpl.   The City is light and nimble, so even though it's almost 30 bhp down on the Optra, it feels livelier when experienced from the seat of the pants. Power delivery is smooth and refined, while the gearbox is a delight to go through. Something that can't be said of the Optra. While gearshifts are notchy and rubbery, power delivery is abrupt, and when you floor the throttle and nothing happens. It's as if the accelerator is trying to wake up the engine by saying. 'Oye, you there in the front, wake-up! It's time to get going'. Take-off is slow and things start to happen at about 3500 rpm after which it drops its entire load of 104 horses.

On the performance front, the City takes 5.5 seconds before the speedo reads 60 kph, while the Chevy takes 5.1 seconds. The Optra is faster on the 100 kph run too, but for a moment, forget the cold, light-of-the-day performance data. I know numbers don't lie, but drag races speak the truth. So, when we gunned them off the lights, the Optra was always a full car length's ahead. Even during in-gear roll-ons the Optra's 104 horses always worked harder. However, neither are fit enough to make it to the street-racer dreams. It has to be said that the City is the quieter of the two, and is leagues ahead in terms of NVH.

When it comes to ride and handling, neither are great shakes. The City has a slightly better slow speed ride, yet, when you drive the Optra, you don't have to look out for potholes as much as you need to in the Honda. It's pretty neck-and-neck in the corners too. The City, due to its EPS, has an initial lightness that the steering suffers from, as you begin to turn into a corner. And when you really start loading the inner tyres, it gets a bit fleet-footed, whereas the Optra stays planted. However, as I said earlier, both are not good enough to induce a grin.

So then, which one is better to live with? Well, the City's got a bigger boot, but the Optra, especially the Royale version that we have on test here, has a lot more equipment. But the City is cheaper to run and overall it is still the better buy. But it really isn't that simple.

You see, the City is as exclusive as a Nokia 6600. Yet it's as funky as a Vaio, and the big 'H' on the hood makes it a zillion times more reliable than a Windows XP. Not to mention, the higher resale that it enjoys. And to be fair, the Honda is a generation ahead of the Chevy in terms of the development period, and it shows.

Wait, the champagne can stay corked for a while. Because the Optra has a few virtues that the City doesn't. Firstly, it's got a plusher rear seat and is more of a chauffeur's car than the City. It's slightly faster, and scores higher on perception as well. So, if that's what matters more, then the Optra's for you.

And another thing. The City's been around for four years and while the facelift should be out by the time you read this, what I would really like to see is ABS and airbags on its options list. Now that would be a complete package, wouldn't it? Not quite. Because the one that I really want comes with the letters V-T-E-C on the bootlid.