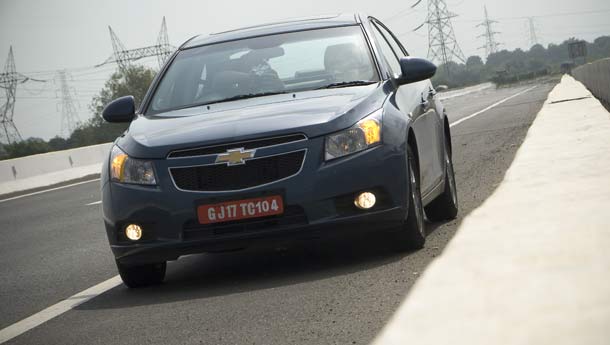 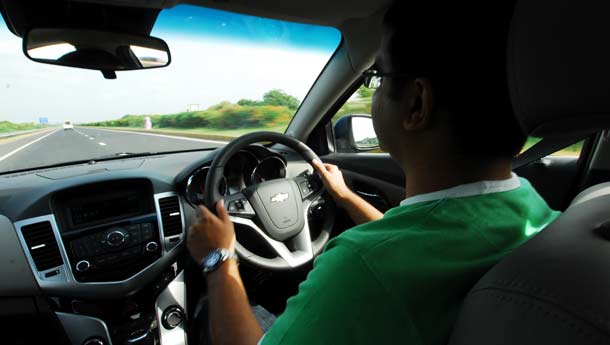 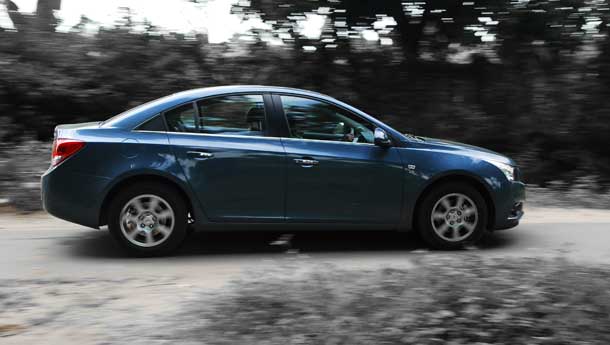 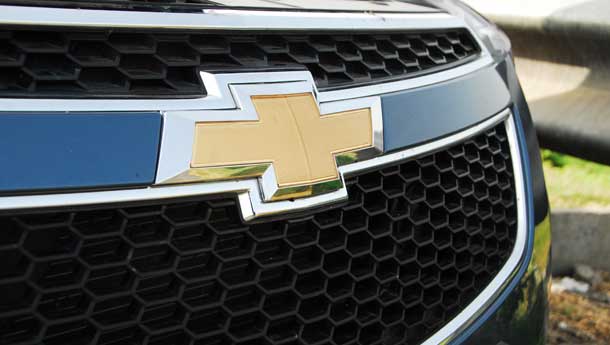 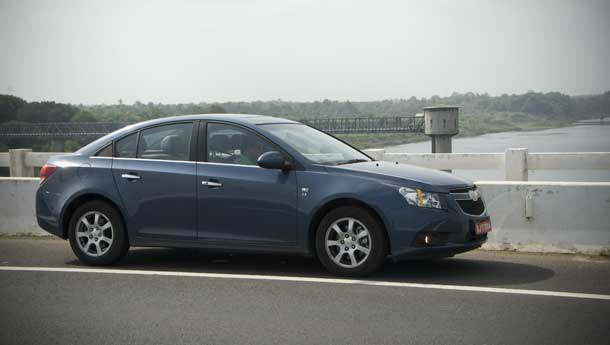 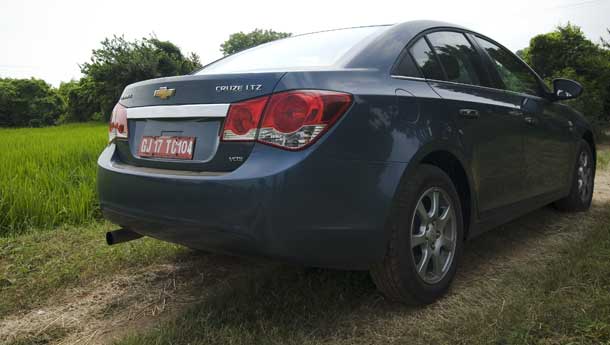 Resurrection. Few can argue with a concept such as that. Countless Bollywood movies have celebrated it and then followed it up with sequels. They make for lovely back-of-the-book tales in a  Reader’s Digest. And of course, there are some that are corporate in nature. Right now, the automobile world has one such tale in the making — General Motors. Do a quick check on the Web and you can trace the last few months of GM — they are anything but a Niall Ferguson bestseller in the making. Senate hearings, filing for bankruptcy, change of guard and getting out of bankruptcy... you couldn't have asked for a busier corporation. GM insists the car to get them out of trouble will be the Volt. I say, hell no, it's the Cruze, followed by the Beat, the two cars heading to your local Chevrolet showroom this winter. And of course, many others around the world.

You really can't find a better car than the Cruze to begin a new innings with. In most countries, it's a premium C-segment offering, taking on the best the Orient has to offer — the Toyota Corolla and Honda Civic. Last year, the two cars sold a couple of million cars between themselves, combined! Now imagine if Chevrolet were to grab even a two-digit share of that figure and you would find a whole bunch of suits at Aichi and Minato sweating.   They have more than enough reasons to loosen their tie-knots a bit. First things first, the Cruze will be available with a diesel engine from the word go. In fact, as the meat in the Skoda Octavia-Skoda Laura sandwich, the Civic and Corolla now have a tough task on hand because neither offers an oil burner. And don't even get me started on the performance front, because this engine is a cracker! But what the Cruze represents is a big leap for the group – it’s a serious effort to make it competitive without losing the essence of what a Chevrolet should be, in terms of offering value and making you feel good you bought one.GM-DAT never made bad looking cars – and it all began with its predecessor in India – the Optra. The Cruze looks more grown up and a tad larger. The broad shoulders with its deep recesses that run across the length of the car seem to be inspired by the BMW 3 Series, but give it strong character. The double-decker grille with the bowtie up front is a take on Chevrolet's American softroader lineup, while the large headlamps offset it rather well, along with the clamshell bonnet.

Creases are what make this car not another cheaply stamped saloon, thus giving it more character than the competition. Even the large flame-like tail-lamps, the ironed-out wheel arches and the coupe-like roofline exhibit attention to detail that one generally observes in more expensive cars. From top to toe, it is one handsome car that turns heads wherever you go. In a city like Baroda, where the denizens are used to dime-a-dozen Cruze test mules running around, it still managed to attract quite a bit of attention, despite its not-so-flattering shade of sky grey. Attention to detail marks the car even as you get inside. You get in via a keyless entry seen among premium D-segment cars. Place the key in your pocket and feel your fingers through to the Start-Stop button on the left side of the steering. Button? Yes, that's another D-segment feature that is a first for the segment that the Cruze fits in. But before all that, you will be amazed as to how well the interior has been designed. Instead of the traditional beige, GM has adopted a mix of black, silver and grey to work wonders. The funky blue backlit dials carry its theme to the centre console and the overall ambient lighting throughout the cabin. The V-shaped centre console liberates a lot of knee space and the buttons are nice and large, though not very well marked out. The multi-information display on top of the console lets you fiddle with lights, radio settings, locking systems among others, while the one on the instrument binnacle deals with real-time fuel efficiency and range, among others. This is also the first GM car in known memory to be sold in India with the indicator on the 'right' side. Goes to show that manufacturers have just been plain lazy to shift them  so far! Space management is good too. The front seats are supportive, while the tilt-and-reach adjustable steering helps you choose a good driving position. The rear has good legroom and knee-room too, but the recessed underfloor beneath the front seat makes it odd to find a comfortable position to rest your feet on. Our car was a pre-production prototype and there were some badly finished plastics, while the aircon seemed more suited to the cold climes of Europe than the Thar desert-like conditions of Gujarat, so we shall put the production car through another battery of  BSM tests. But then, when a car such as the Cruze crosses speeds of 200 kph, you just look up and take notice. You notice the rev-counter needle as it hits against the redline, gear-for-gear. You notice the scenery becoming a blur really fast. That's pretty much pinned down to the 1991cc turbodiesel that nestles under that clamshell bonnet, developing 148 bhp at 4000 rpm and 33 kgm at 2600 rpm. Despite sharing the engine with the Captiva, the VCDI as it is called,  is no different in terms of power and torque from the SUV. Rather, the tuning changes are limited to the ECU, intake and exhausts. Oh, and before you forget, the Cruze sits lower and weighs nearly 400 kilos less. So when it despatches the tonne in just 10 seconds, you know this car is bloody quick!   So quick that it is the smartest moving diesel saloon this side of a BMW 320d. Registering a top speed of 202.1 kph on our testing equipment, we were mightily impressed with the way it moved. Just like the Optra diesel, the car is extremely quick not only from a standing start, but also through the gears, registering a time of just 7 seconds to get from 80 to 120 kph. The only weak link we found was massive turbo lag below 1900 rpm, which is strange for a variable geometry turbo, while the gearbox can be a little notchy when fast shifting is called for.

Hugging the car to the road is independent suspension at the front and a compound axle at the rear, unlike the all-round independent units of the Optra. This helps to an extent as the car feels more planted at high speeds, and only tends to be affected by crosswinds at speeds above 180 kph. Based on the Delta 2 platform that also anchors the new Opel Astra, the car feels more rigid and has a higher level of neutrality in its chassis tuning. Unlike the Optra, where the diesel engine felt like an afterthought, the car here is designed around this engine. Because of that, the steering has more feel and is more precise, while the overall damping is also a notch higher. This is also down to the specially-designed-for-Cruze JK Vectra boots that adorn its alloy wheels. There is close to no body roll, thanks to the presence of anti-roll bars, while it corners flatter and builds a lot of grip around switchbacks. But we still think that GM India shouldn't have deleted the stability programme on the car, which is standard on all variants available in Europe, right from the basic 1.6 petrol onwards. Which is not what GM will do to begin with. We will have this diesel at launch, while a 1.8 petrol with the manual and a 6-speed automatic  are being considered. Like the Optra, expect a couple of trim levels to be offered, with the base variant slipping in below Rs 12 lakh, while the premium variant LTZ tested here available at Rs 13.5 to 14 lakh, ex-showroom Mumbai. It means a hefty premium for a car that wears the bowtie - a working man's car in most markets. But for once there is a difference here — the bowtie feels apt. In terms of kit, performance and value, the Cruze delivers, and delivers a fitting blow to its competition. Now that’s a good resurrection story, if there ever was one.