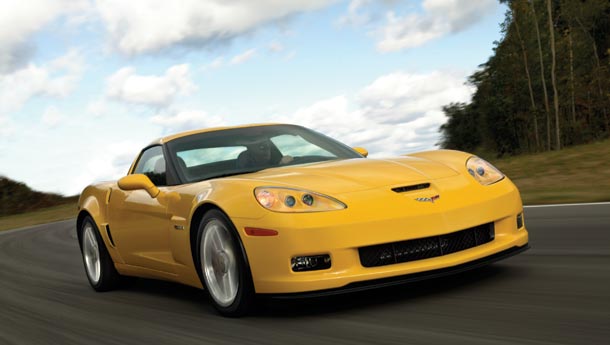 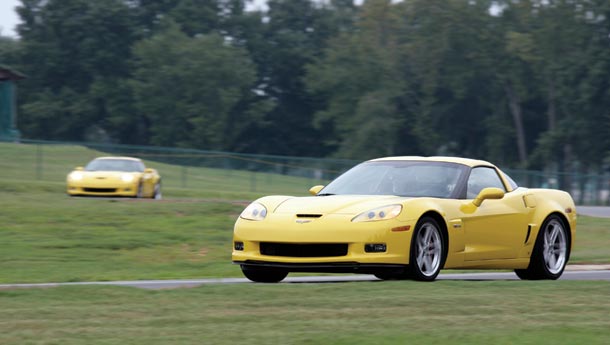 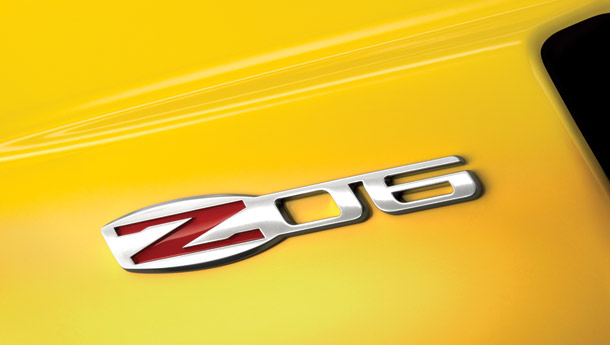 This was bound to happen. In a car that’s capable of accelerating so hard it leaves you with an instant windborne facial realignment, resistance is futile. Futility, as I soon discovered, came with a 130 dollar price tag.


But let me start right at the top. You see, I have never been a big fan of the Corvette. Nor did I ever think it would occupy space in my million-dollar fantasy garage. To me, the Corvette has always been fighting a bit of a confidence crisis. Maybe because it didn’t go down too well the first time around or maybe because it has the lineage of an American trailer park family. Fifty years later, I think it’s still battling perception.

Besides, it isn’t exactly flush with Space Shuttle bits either. Where is the carbon fibre or the mollycoddlenium? Where are the impractical doors? Instead, you get a floor made out of balsa wood and leaf-spring suspension. The last time I checked, that was standard equipment on a bullock cart. Nor were any of the Corvettes I know of designed by people with unpronounceable names like Giugiaro or Donckerwolke. I mean Bill or Ed are names you would expect to read on the shirts of guys who serve you burgers at McDonald’s. The Corvette even commits the ultimate supercar sin of being cheap. You could buy a ‘Vette for the same kind of money that you would pay for the first service for something wearing a prancing horse. It’s unbelievable, isn’t it? Half a century later, America’s only supercar is still knocking on the doors of the exotic car club.

However, perception be damned. The all new Chevrolet Corvette – the C6 – is bigger, badder and indeed madder than ever before. And the Z06 that we’ve driven here is the King Kong version. One that General Motors hopes will blow the doors off the supercar club. GM’s philosophy is pretty simple. With a motor that’s powerful enough to get the earth rotating if it were ever to stop spinning,they believe that if you have people by their family jewels, their hearts and minds will automatically follow. Reality, it seems, is catching up with perception.

The magic words are 500 bhp. 500 bhp was what it took to get me out of the navigator’s seat of our Raid de Himalaya Swift and into seat 26A of a Detroit-bound DC-10. 500 bhp made me an insomniac. And 500 rampaging stallions are good enough to drag you down the road with greed that widens your eyes and frankly, whitens your knuckles. Dragged however isn’t the appropriate word. Flung is more like it. Because the sheer force this riot of metal exerts is enough to disturb the planet’s gravitational pull. Not that you would know by just merely looking at the car.

The C6 is clearly an evolutionary design. Compared to the C5, it’s shorter by five inches and the wheelbase is longer by an inch. Tom Peters is the man responsible for not ticking up-size on the dimensions menu. Apart from that, the more visible changes are to the front end, and as you notice, no door handles. Only touch pads. Once inside, it’s surprisingly roomy. And apart from the dials which look the part, nothing really conveys what lies beneath. There is no brushed aluminium, no body-hugging seats. Nothing that conveys a sense of occasion.   But once my finger brought the 7011cc (or the 427 small block, if you please) V8 up front to life, it began to sound like a Nascar clearing its throat. As I prodded the throttle, the car began to rock on its haunches. Then, with the stability system set to ‘competition driving mode’ (doesn’t really do anything but sounds like you are doing 1000 mph at idle), I let the clutch out and the ‘Vette stormed off like a bull injected with Red Bull and with an acceleration that said ‘meet God.’ I then realised I was only at half throttle.

But part throttle is adequate because at anything more, the foot-wide tyres struggle to keep up. Then there is the noise. Through the rev range, the sound is good enough to put the best of MGM lions to shame. As it approaches the redline, it ascends to a supernatural plane. The cacophony signals the arrival of 500 bhp as the Goodyears mark their ground.

Shift up, and it’s the same dose of loud violence that’s turning the 325/30 Goodyears into a smoking pile of rubber residue with the motor sounding like the devil was spitting out gasoline. Well, with 65 kgm of pulling power, (equivalent to some locomotives, I am told), you wouldn’t expect less. Fourth gear spans a Route 66-wide 30 mph to 130 mph (48 kph to 208 kph) and acts like an afterburner when you floor it. But work through to sixth, let the revs drop and everything goes quiet.

The Z06 is a big car and once on the road, well, destroying the road is more like it – it refuses to shrink around you. Even though the steering is so direct and places you at the business end of things almost immediately, it fails to communicate what lies beneath. But don’t worry, this isn’t a muscle car that will fall off the road at the merest sniff of the bendy bits. I felt the scalpel-sharp end of the driving experience the moment the steering moved off-centre and it missile-locked on the apex. Out of the corner, I touched bliss. However, you do have to be careful the way you attack corners. A bit more throttle than necessary and you could so easily be driving out of your side window.

With the heads-up display constantly making me feel like a fighter pilot, I was actually hoping for an aiming ring and a couple of Vulcan cannons. The brakes are so good, if you stamp them hard enough, you would get the famed chequered flag imprint on your forehead.   Nothing to be astonished about, though. The C6 actually beat the Aston Martin DBR9 to take victory in its class at Le Mans. Then it went to the Nurburgring and kicked some more backsides. In true vindictive fashion, the Z06 clocked a time that was two seconds quicker than a Pagani Zonda, eight seconds quicker than a Murcielago and ten faster than a Mclaren. This from a car that costs just a fraction of the above-mentioned exotics. 65,000 dollars is what you pay for the Z06, which in supercar exchange rates is pocket money. Admission to the fast show just got cheaper.

And yet, if you happen to go over a crack in the road, you would think you would have made it past a crevice that would’ve taken you to the centre of the earth. The ride is so harsh, it’s as if your backbone is an integral stressed member of the suspension. Someone’s gone and filled the dampers with cement.

But apart from the overly firm ride and the plasticky interiors, it’s all warm praise from me. And you know what, the fastest ever bow-tie this side of James Bond is now actually pretty high up in the waiting list of my million-dollar garage.

So when your first gear is good enough to better the national speed limit, you really are pushing your luck every single time you nail that loud pedal. Besides, when you are behind the wheel of the fastest ever Corvette, you really need to have a halo atop your head not to behave like a roadrunner. So even though I was probably faster than a few planes in the vicinity, a Chevy Impala was faster. You see, it came with the best go-faster accessories money can’t buy. Like a pair of blue-and-red beacons and a speed gun.

As for the money, it’s not so bad – I tend to think of the ticket as a Certificate of Authenticity. Damn! Couldn’t they at least have written Z06 on it?