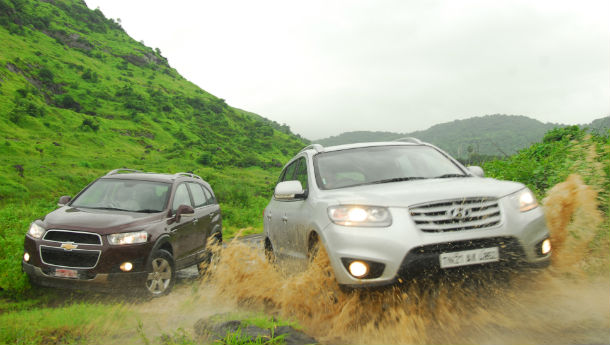 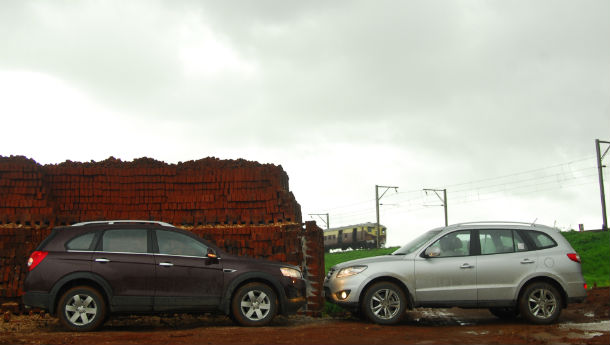 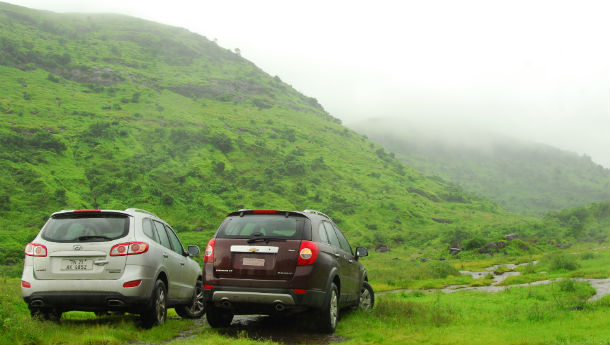 There are two kinds of people in this world – those who appreciate rap music and those who don’t. I listen to Pink Floyd all the time, but once in a while I like to feel like what rap artists describe as ‘gangsta', ‘hustler’ and, for variety, ‘thug'. It’s got nothing to do with the stereotyped financial mess you would associate with the life of journalist, and nor has it got anything to do with territorial hang-ups or greed. It’s just a comfortable place to be in life – behind the wheel of a massive chunk of metal, driving past town centres without much of a hurry, with a South American man telling you about the wheels on his Cadillac that are fifteen feet tall and some intricate details about his female pet canine. Huh, huh.

WHO’S GOT THE LOOKS?

If you relate to (and enjoy) the experience mentioned above, you’ll really like Chevrolet’s new Captiva. It’s big, it’s powerful and it’s got the looks that suggest you’ve got the gun, the girl, the mic, the stage, the crib... er, you get it, right? The Santa Fe, however, looks like the one you’d take home to your parents. It’s not a very masculine car, in terms of appearance, but it’s got an air of sophistication that the Captiva seems to lack. The Santa Fe is jazz country. Out here, you can hear rap records rust.

Step inside and this difference is more prominent. The Captiva’s interiors are all-black with some brushed aluminium trim for relief, the plastics are oh-okay – nothing to brag about – and it’s got an array of buttons apart from an information display that tells you the temperature inside and outside the car, fine details on your current trip (distance to empty, l/100 km etc) and an arrow that tells you your direction of travel, which is something I don’t understand or appreciate. Still, the various controls feel good to the touch although not all of them are necessarily intuitive. The Captiva is spacious, but the Santa Fe is more so. The Santa Fe’s beige interiors feel roomier (and are, but not by a huge margin), are better put together.

The Captiva’s new engine is what has called for this comparison, so let’s give the numbers a quick once over. It’s a 2231cc, in-line four-cylinder common-rail diesel engine that produces 184 bhp@3800 rpm and a rather impressive 43.2 kgm of torque at 2000 rpm. This engine is mated to a 6-speed automatic gearbox (no paddles in either car) and there is no manual gearbox option on offer at present. The Santa Fe’s numbers, however, are even more impressive. Its 2199cc four-cylinder mill churns out 197 bhp@ 3800 rpm and 44.5 kgm of torque between 1800-2500 rpm and is mated to a six-speed auto ‘box. In addition to this, it sports a 4WD lock mechanism, something that is absent on the Chevy.

The Captiva appears less immediate, but is in fact quicker than the Santa Fe till the 100 kph mark. Even as the speedo needle nears the 200 kph mark, the Captiva’s engine feels unstressed. The Santa Fe, on the other hand, is grunty, a bit noisy on the inside at low speeds, and feels a bit aggressive as compared to the Captiva. In terms of power delivery, it’s the Santa Fe that is seamless whereas the Captiva needs a prod to get its act together. That said, either car will let you hold 150 kph all day without effort, and bring down the speeds to around 120 kph, with the tacho lying low, and you’ll get decent fuel-efficiency figures too. In maddening city traffic, the worst the Captiva returned was 7.1 kpl whereas the Santa Fe returned a marginally better 7.6 kpl; on the highway, the figures shot up to 10.4 kpl for the Chevy and 10.9 kpl for the Hyundai. Impressive numbers, these, given that they belong to 200 kph SUVs that can seat seven! Overall, the Santa Fe has the advantage over the Captiva, simply because it feels far more ‘solid’ in every aspect of its performance. But wait. SUVs are like barges, and the turning radii of barges are measured on calendars. Does the Captiva have a trick up its sleeve to score over the Santa Fe?

No, it doesn’t. The Captiva is by all means a good handler. Body roll is limited and unless you like to do absolutely stupid things with the steering wheel, it’s hard to get the Captiva to lose focus. It takes on high-speed corners with confidence and while it’s not what I’d like to call ‘car-like', in perfectly normal hands it will not disappoint. The steering feel is electronic but not overly so and remains well-weighted even at high speeds. The Santa Fe handles similarly to the Captiva, but has a more communicative steering. This can also be read as a ‘heavier’ steering, and may thus not appeal to non-enthusiasts. The ride quality, too, is better on the Santa Fe – it’s just more forgiving whereas the Captiva tends to ‘crash’ and ‘thud’ around a bit.

Behind the wheel of the Santa Fe, you will look like you’re setting off on a holiday. Behind the wheel of the Captiva, you will look like you’re on the wrong side of the law or are into political activity (or both, as the case tends to be). If, however, ‘image’ is not on your must-have list, look no further than the Santa Fe. At Rs 25.54 lakh, it isn’t priced all that differently over the Captiva, which is priced at Rs 25.82 lakh (all prices ex-showroom, Mumbai), and it’s a lot more quality for your money. If the Santa Fe wore a Porsche badge, it would definitely sell a lot more than it currently does. Just a thought.