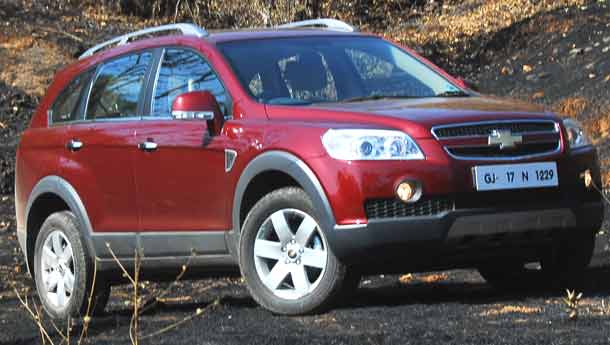 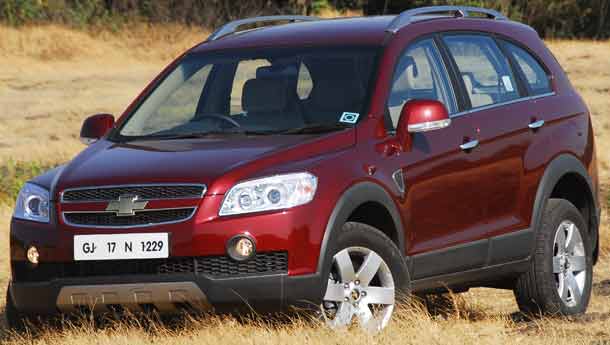 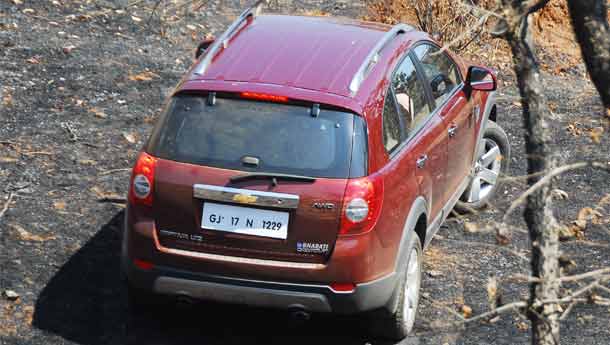 It’s hard to comprehend ‘SUVs’ that are purely front-wheel drive. You see, manufacturers these days have found the easy way out – take one midsize saloon chassis, jack it up and strengthen it, add a nice meaty engine to it, fit in a high roof and the solution is as easy as pie. Manufacturers think that it’s morally correct for these ‘SUVs’ to have the front axles do the job of applying turning forces as well as pulling the full two-tonne fat. Really, it shouldn’t matter which set of wheels are getting all that power, until you experience a beautiful set of twisties. The sight of nice tight corners makes these leviathans shriek in horror, causing your right leg to constantly get off the gas. You also tend to apply more steering force and eventually find yourself all crossed up. And then wonder which marketing genius decided to call it an SUV.It’s a moral dilemma that the Chevrolet Captiva suffered from. It was just so good at what it did in a straight line that no one ever bothered asking how it would perform around corners. So someone in GM India signed off the FWD, manual option only Captiva with an explosive engine that imploded at the sight of great B-roads. After all, with more than 2,500 units of the ‘SUV’ sold last year, GMI could easily have continued selling this single model and laughed all the way to its 10.5 per cent annualised fixed deposit. But GMI is far from despotic. So as the country debated fuel price cuts, GM quietly slipped in the all-wheel drive version of the Captiva with a 5-speed automatic transmission at a price that puts it closer to the 2.4 i-VTEC equipped Honda CR-V and the Mitsubishi Outlander. Which begs the question – is this the Captiva we (A)ll (W)ill love to (D)rive?

To find out, we used the benefit of the two rupee price cut for every litre of diesel to stretch the legs of the Captiva AWD a bit, and we came back... er, suitably impressed. You see, the standard Captiva LT commands just over Rs 19.5 lakh, ex-showroom, Mumbai, while the AWD version, called the Automatic+ LTZ stands at Rs 21.3 lakh rupees. You surely think that’s to compensate for just the four-wheel drive system and auto box, but you would be surprised. Chevrolet have incorporated a few more features, including a Hill Descent System, a la the first-gen Range Rover, an Electronic Stability Programme that can be turned off (yippee!), a new audio system and electrically foldable mirrors. In my opinion, that’s exactly the kind of kit you would like for the additional money in these bad times, so let me say that Chevrolet have done justice to the legendary bowtie’s status as a VFM brand.The four-wheel drive system itself borrows heavily from some new generation tech we’ve been used to. Under normal use, the Captiva behaves just like its manual cousin – a front wheel driver – which Chevrolet will defend with spiel such as improved fuel efficiency and greener emissions. But it no longer gets the heebie-jeebies around corners. That’s because the intelligent four-wheel drive system comes into play, directing power to the rear wheels through an electronic clutch system. What it means is that you no longer need to get off the gas as the road starts to curve – instead with the ESP system on, you can now carry in more speed and utilise the Captiva’s independent suspension units to the hilt. If you think you want to have some fun while doing it, turn off the ESP and watch how the rear tyres squeal, but allow you to stay within cornering grip limits of the 17-inchers.

Simply put, Chevrolet has allowed the driver to explore the last 10 per cent of the vehicle’s performance that was, until now, restricted on account of being front wheel driven. Interestingly, the auto box too has a role to play. The 5-speed unit, with its tall second and third gear ratios, helps you to exploit the sweet spot in the power band without resorting to upshifting mid-corner. The gate shift in the box gives you some sort of manual intervention and holds gears as you accelerate, which is why you notice an entry for gear speeds in the spec sheet.The numbers show that there is little to distinguish in performance between the manual and automatic versions. On a nice day with an enthusiastic tester behind the wheel, the Captiva knocks the tonne in just over 12 seconds. Equally impressive is the sub-5 second timing to 60 kph. True top speed stands at 175.4 kph, 5 kph more than the manual. Taller gearing puts the Captiva in reckoning with not just its manual sibling, but even knocks at the door of its petrol competition. Around town, the shorter 1st gear gets you off the lights quicker, but what I found amusing was that one could leave the gear lever in Drive, park the car, yank the handbrake and still remove the key and engage the locks. That’s something we don’t get to see in modern automatics and maybe GM would do good to rectify it.

One might think that all-wheel drive affords the vehicle some off-roadability and the Captiva is equal to the task, albeit if you don’t treat it like a Landie. The approach and departure angles were already quite decent and with four-wheel drive and hill descent control, the Captiva behaves pretty well when the terrain is generally muddy with the odd rough patch. But sink your axles into slush and you could be in for some real trouble. What particularly makes this car great as a part-time off-roader is that the steering offers decent feedback, and that can be useful given how terrain can rapidly change when you get lost in the wilderness.

And when you do, you can be comfortable in the knowledge that it’s kitted with leather seats, a decent music system and seven seats, even though the interiors feel a tad plasticky and the third row is strictly good for children. What it eventually offers is the economy of diesel and performance that’s nearly on par with its petrol rivals, while looking good all along. And yes, I’m being considerate as I call the Captiva AWD an SUV – minus the inverted commas.