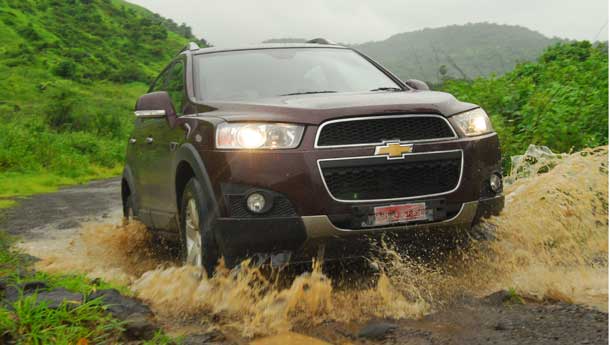 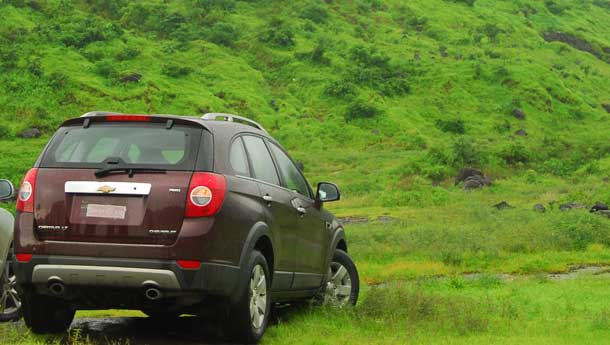 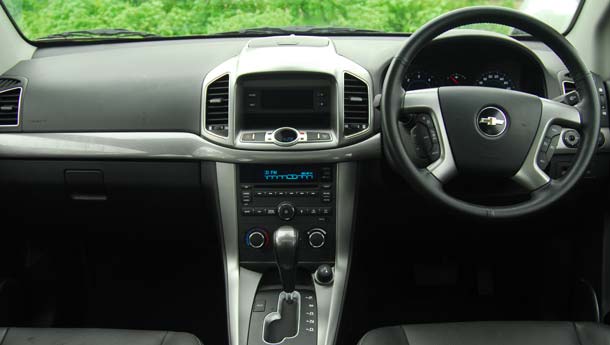 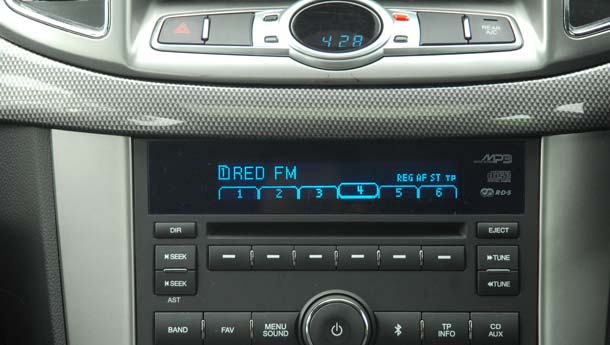 In the world of SUVs, might is right. In a country obsessed with imposing cars, where excess sheet metal is as welcome as size-zero figures are unwelcome, the Chevrolet Captiva has a pretty good case for itself. Ever since its launch in 2008, the Captiva has had a steadily increasing fan base because of reasons which go beyond mere aesthetics. It has always been popular for its interior space, ride quality and an engine that wouldn’t set the streets on fire, but was enough for everything the Captiva was designed to achieve. However, in a country where cars (in this segment, especially) are sold every three years simply on the basis of fading novelty value, Chevrolet just had to come up with a new challenger to the Toyota Fortuner and the Hyundai Santa Fe. And it has — with the new Captiva 2.2 LTZ AWD.

First up, the looks. The Captiva was always a handsome car, but with this facelift, it now looks butch and menacing too. The new large grille is now in sync with cars from the rest of the Chevy family and paired with those sharp headlamps, the Captiva looks like a typical American SUV. Changes to the exterior are limited to the front-end of the car, but I guess it does the job! Step inside and an expanse of all-black greets you, with relief coming in from some faux carbon fibre/metal-finish trim on the dashboard and centre console. A small information display on the dash tells you all sorts of things about the car — details about your current trip (distance to empty, l/100 km etc), the temperature inside and outside the cabin, and an arrow that tells you your direction of travel. There are tonnes of buttons to play around with, too, and if you’re one for features-for-money, the Captiva won’t disappoint.

Overall quality, however, isn’t something the Captiva scores very high on. It doesn’t feel very ‘premium’ to the touch — some other SUVs in this price range do — and some of the plastic bits don’t exude a ‘built to last’ feel. That said, the Captiva has always been good on the interior space front and that aspect of the car remains intact. Even the last row of seats is as comfortable as anywhere else in the car, although adults over six feet tall might not like to spend too much time back there.

Alright, now that you know what lies behind those chunky doors, I’m going to pop open the hood. This, right here, is a new 2,231cc, in-line four-cylinder common-rail diesel engine that produces 184 bhp@3800 rpm and a rather impressive 43.2 kgm of torque at 2000 rpm. That’s a clean 36 bhp more than the older, 2.0-litre Captiva! Adaptive all-wheel drive is standard and as of the moment, you can only have this engine with a 6-speed automatic gearbox (no manual gearbox even as an option, and no paddle-shifter either!). Bring the engine to life and you hear no more than a faint thrum from the motor, slot in first and you won’t be pushed back into your seat. The Captiva gains speed rapidly, but not with the immediacy of a powerful sedan — it’s horsepower versus tech-aided sophistication and it’s the former that works hard under the Captiva’s hood.

Our test results proved the Captiva to be quick — 0 to 100 kmph in just 9.4 seconds is not bad, right? — but its strengths lie beyond just manic acceleration. Where the Captiva really does come out strong is on the highway-cruising front. Step on the throttle in any gear and after a moment of thinking, the Captiva begins building momentum like a locomotive. You can hold 150 kmph all day and you’ll be far from fatigued. One moment, the speedo can show you the wrong side of 200 kmph and the other, you can be cruising at 80 kmph in sixth gear — the Captiva’s prowess on the highway demands no argument. The motor is as quick as it is unstressed, relaxed and in a mix of city and highway driving, the Captiva returned an overall fuel-efficiency figure of 8.7 kmpl, which is impressive for a 1,978 kg car with the aerodynamics of a 2BHK apartment.

What’s just as impressive is the way it handles. The Captiva won’t shame a Porsche Cayenne, but for the sort of use that it will be put to, it fits the bill perfectly. Body roll crops up only if around the tightest of bends and unless you talk the steering wheel into sheer lunacy, you won’t be able to get the Captiva to lose focus. High-speed corners are dealt with confidence although mid-corner bumps do mildly unsettle the car. What I really like is the steering feel, which is definitely ‘electronic’ but not overly so and feels well-weighted even as the speedo climbs higher. I imagine a 600-km Mumbai to Goa blast as a very enjoyable, stress-free journey in the Captiva.