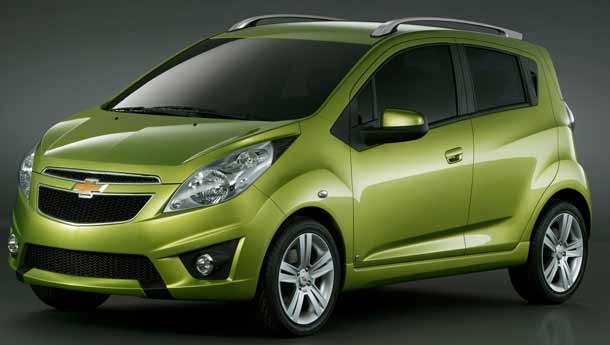 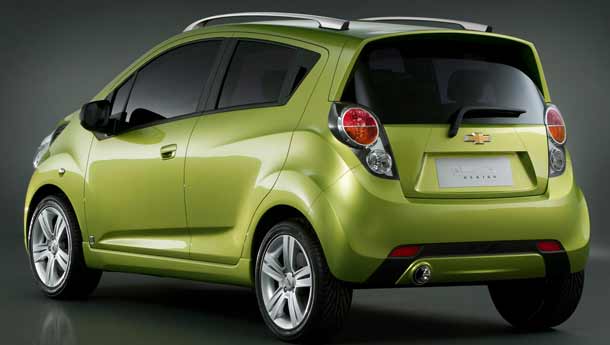 If you ask around and mention the Matiz to anybody, the word cute is mostly blurted out instantly. The same holds true for its spiritual successor, the current Spark – even though General Motors India now runs the proceedings. And when GM decided to build the successor to the current Spark for the global markets, needless to say it will make it to India, but will co-exist with the Spark as we know it now.This then is the new Spark. And before you ask how they will run Spark Sr and Spark Jr around at the same time, don’t fret. GM might just call it the Beat in India, since the concept at the 2007 New York Motor Show was called thus. And from what the specifications seem to suggest, it will take on cars like the Hyundai i10 Kappa and Maruti Suzuki’s upcoming Splash, nee Ritz, head on.

The Spark is GM’s global small car that will be sold not only in countries in Asia and Europe, but will also become GM’s entry ticket into the growing small car space in North America. And the fact that the Beat concept was chosen from among three after 1.9 million people voted over the Internet means that the Spark is a good looking car. Keeping true to the concept, the Spark retains most of the lines, except that it now gains two more doors. If you can’t spot the door handles for the rear doors, don’t worry, it had us stumped too. But as we looked closer, we realised that the Spark has stolen a design cue from the famous Alfa Romeo 156. The door handles are hidden in the plastic cladding around the C-pillar. Neat indeed. Measuring in at 3640 mm, the Beat is some 75 mm longer than the i10. The new car of course can’t be called cute anymore, as it is rather aggressive and muscular.

On the inside, there are a few design elements that trace it back to the current Spark, such as the encapsulated speakers on the dashboard or the AC louvers and even the manner in which the central console is designed. What is rather interesting is the way the instrument binnacle has moved from the centre console to the more traditional ‘behind the steering’ position. It looks like it came off a space shuttle, sheathed in silver and an LCD interface. The funky blue centre console dials and the riot of colours make this a fairly lively place to be in. We suspect it will be comfortable too for four adults and their luggage.Internationally, the Spark will be sold with a variant of the current 1.0-litre four-cylinder petrol that also powers the existing Spark and a new 1.2-litre four-cylinder double overhead petrol that probably traces back its roots to the U-VA mill. No power figures are available just yet, so expect a small bump in power for the 1.0-litre engine from the existing 65 bhp, while the 1.2-litre engine should make about 80-85 bhp. We expect the latter to be the engine of choice so that GM can differentiate between it and the Spark and U-VA. Given how the current Spark is a lightweight city scorcher, the new Spark too should be equally good around town with some ability to cruise on highways.   And cruise it will, but only after GM brings in the Cruze, its Honda Civic/Toyota Corolla competitor, sometime in May-June this year. This will be followed by a new small car before the end of the year, which we guess is nothing but the facelifted U-VA. With Europe being the first recipient of the new Spark in early 2010, we suspect India will be on the launch list of the Beat only by late 2010 or early 2011.