Check Out the Details Of 2015 Mitsubishi Final Edition

Mitsubishi is all set to capitalize on the eventuality factor of its most famous offering, the Lancer Evo and is all set to launch the 2015 Mitsubishi Lancer Evolution Final Edition. The car finds its foundations on the current GSR model and features updates under the prominent ‘Final Edition’ badge. 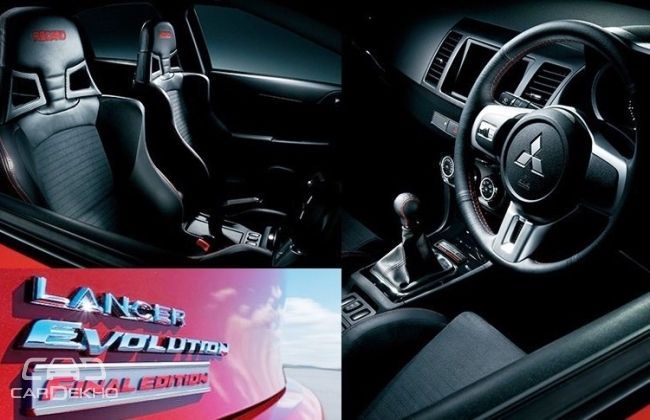 On the interiors, the Final Edition comes with a black headliner, pillars and sun visor. The cabin also gets a numbered plaque on central console that reaffirms the car as a limited edition. The black sports seats go well with the black headliner. One can also see red accents on the all black gear knob, steering wheel, floor mats and console lids. 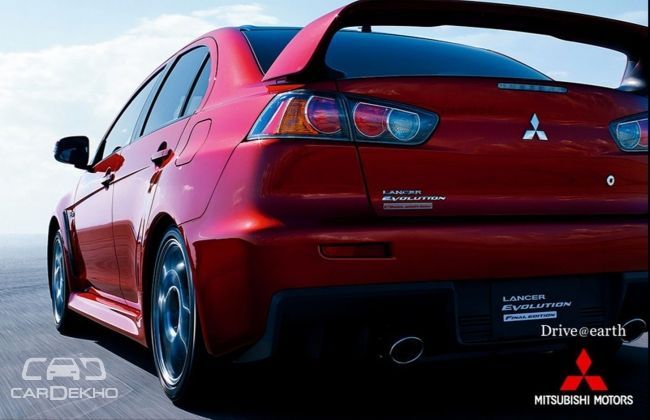 The Final Edition Evo features the current 2.0 liter turbo four GSR engine, which has been tweaked to deliver 303bhp @6,500rpm and 414Nm of torque @4,000rpm. This is a substantial upgrade considering that the standard GSR can only produces 291bhp and 407Nm of torque.

The power-plant is coupled to a 5-speed transmission. The car also features Mitsubishi’s AWD system, the Super All-Wheel control, which is paired with Bilstein shock absorbers and Eibach springs on all four corners. In the front, Final Edition also gets two piece Brembo brake rotors that enhance the handling characteristics of the car.