In the new FIA Formula E Championship, India’s Karun Chandhok, driving for Mahindra Racing finished fifth while his teammate Bruno Senna, in quite an unfortunate way retires early due to suspension damage. In action packed inaugural race at Beijing, it was Brazilian driver Lucas di Grassi of the Audi Sport ABT team who kept his nerve and crossed the chequered flag first followed by the Franck Montagny of Andretti Autosport and Sam Bird of Virgin Racing owned by Sir Richard Branson of Virgin Group. 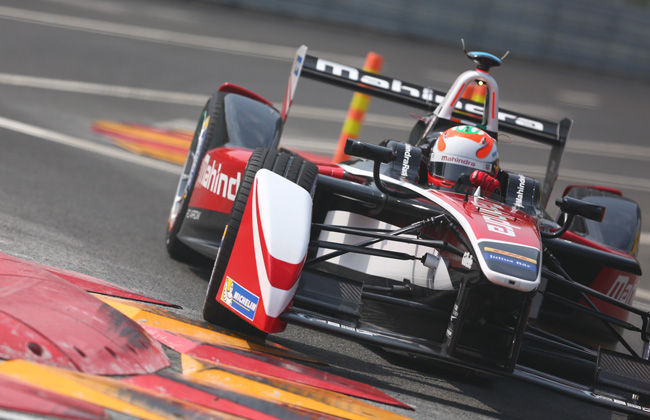 Sad news for Hollywood Actor Leonardo DiCaprio who owns the Team Venturi along with three other founders, as Stephane Sarrazin finished ninth while his teammate Nick Heidfeld only managed to finish at thirteen spot.

The safety car was brought quite early on race, on lap three to recover Senna’s car. As the Formula E race permits cars that runs on battery, Chandhok changed his car on lap 15 and with full battery charge, he completed the rest of the race. Chandhok’s progress was harmed because of the overheating battery which caused loss of several seconds that allowed Bird and Charles Pic to zoom past the Indian driver. 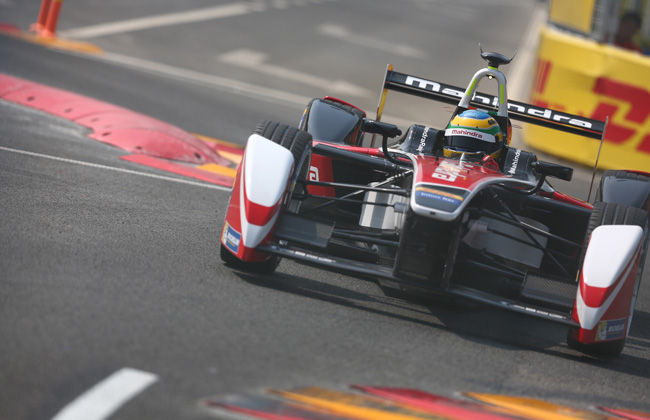 After finishing fifth Chandhok said, “It was a good race; I was comfortable staying with the leading pack and passed Sam and was catching Daniel but then the battery over heated and I lost a handful of seconds in the final laps which lost me two places. We were quick though, our pace overall has been with the leading pack. There’s lots of positives to be taken away and some lessons learnt too.”

While his Team mate Senna added, “This is racing, sometimes these things happen. Hopefully we are getting all our bad luck out of the way early. We’ve learnt a lot though and I think we’ll be well prepared for Malaysia. The aim will be to be quickest in practice again, but next time follow it up with pole position and a win. That is what we have to aim for.”