Challenger to Activa coming from Yamaha 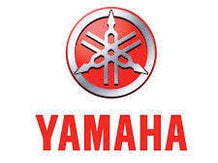 India Yamaha Motors, the fifth-largest two-wheeler manufacturer in the country, will unveil a unisex scooter in February that will be pitted against the Honda Activa, India's largest selling one.

The new scooter is expected to be priced above Yamaha’s Ray model, priced at Rs 47,155 (ex-showroom, Delhi).

Asano Masaki, chief executive and managing director of Yamaha Motor India Sales, which markets Yamaha vehicles in India, said: “More people have recognised our Ray scooter in the last few months. In the next three years, we want to grow the scooters segment. We will be launching a commuter scooter shortly.”

The new model will be showcased at the Auto Expo next year. Every fourth two-wheeler sold in India is a scooter, according to data released by the Society of Indian Automobile Manufacturers.

Scooters’ share in the two-wheeler segment has risen to nearly 24 per cent by end of September, against under 21 per cent recorded in the year-ago period.

Scooter sales has grown by 17 per cent in the first six months of the year to 1.65 million units even as motorcycle sales remained flat with a growth of one per cent at 5.01 million units. Honda outsold all scooter makers put together with a share of 51 per cent.

Honda Activa, which sells 100,000 units in a month, is the top seller in the scooter segment. Unisex/family segment accounts for as much as 70 per cent of total scooter sales.

Other players in the unisex segment include Suzuki Access 125, Suzuki Splash, TVS Wego, TVS Jupiter, Honda Aviator, Mahindra Rodeo and Mahindra Duro. The Yamaha Ray, launched in September 2012, is notching up volumes of little over 17,000 units as against 3,600 units.

A new 1.8-million units per year plant, which is coming up near Chennai, will be operational by the end of next year. The Rs 1,500-crore plant will produce motorcycles and scooters and will push the company's total capacity to 2.8 million units.