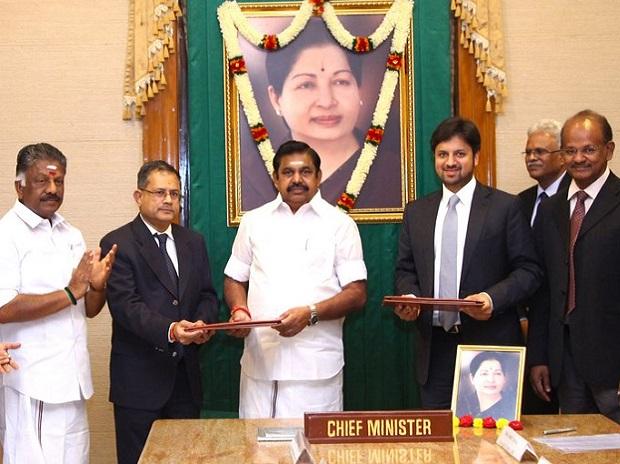 Tyre major CEAT, the flagship company of RPG Group, officially signed a MoU with the Tamil Nadu government on Thursday to invest Rs 40 billion in the state. The cabinet had given its nod for the proposal last week.

The development came at a time when the state was facing criticism for allegedly not attracting more investments, especially in its stronghold of the automotive sector.


CEAT has already purchased land for the facility in the Sriperumbudur area. The MoU was signed in the presence of Tamil Nadu Chief Minister E Palaniswami and Anant Goenka, Managing Director of CEAT, who was in Chennai to sign the MoU.


A government release said the investment will spread over the next 10 years and will give direct employment to around 1,000  people.


CEAT's annual report has stated that the company's upcoming greenfield plant will bolster capabilities in the motorcycle tyre and passenger car tyre segments. As part of an expansion plan, the company has acquired land of Rs 673.1 million during the year, it said.


The company's current overall manufacturing capacity is around 95,000 units per day.