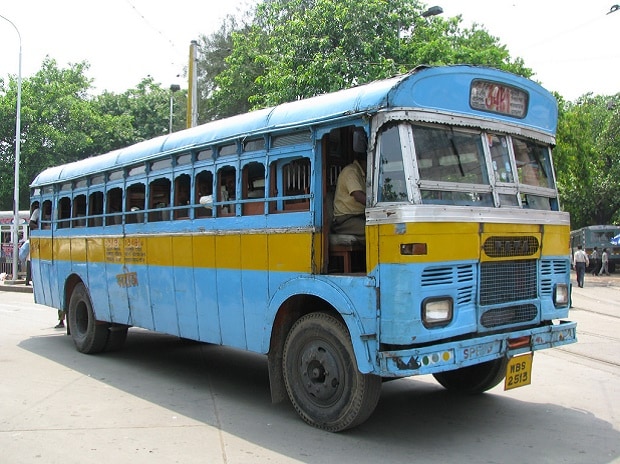 The Competition Commission of India (CCI) has refused to accept an allegation levied by heavy vehicles manufacturer VE Commercial Vehicles, that the Uttar Pradesh State Road Transport Corporation (UPSRTC) has been discriminatory and unfair in the procurement of bus chasis through tender process. The company had alleged that the process was to procure more products from Tata Motors and Ashok Leyland, while restricting VE Commercial Vehicles' supply to 20 per cent of the requirement.

UPSRTC has been procuring bus chasis through open tenders for the past five years and VE Commercial Vehicles has alleged that the conduct of the Corporation during the procurement process has been discriminatory and unfair. Tenders were floated for around 3,930 diesel bus chasis of various specifications between 2012 and 2015.

The company alleged that two tenders had clauses that a new bidder can be awarded a maximum of 20 per cent of the tendered quantity, and will have to include the AMC in its quote. This will then be compared with bids submitted by Tata Motors Ltd (TML) and Ashok Leyland Limited (ALL), which do not have an AMC. VE Commercial Vehicles claimed that in all eventuality, the bids of these two companies would be lower than that quoted by the company, because of which it had never been awarded with more than 20 per cent of the tendered quantity.

The company further alleged that UPSRTC had unilaterally set a ceiling on the rate of AMC per km required to be quoted by the new tenderer. It also claimed there was preferential treatment extended by the Corporation to Tata Motors and Ashok Leyland and that a tacit anti-competitive agreement existed among these three parties, which is a violation on the part of UPSRTC of the provisions under the Act. The Corporation has a dominant position in the heavy-duty bus category (15 tonne and above gross vehicle weightage) with 50 per cent of the total buses owned by it.

The CCI has noted that it had considered similar isues filed by VE Commercial Vehicles earlier. It observed that the UPSRTC does not have a dominant position in the market, and has a very low market share. The Commission said that it is of the view that "though market share figure is not the sole/conclusive factor for deciding dominance of an enterprise, a very low market share may be considered as an indicator of low market power of the enterprise. Evidently the OP (UPSRTC) is one of the many state transport undertakings which is procuring 'bus chassis' in varying volumes for its oeprations. Further, there are many private passenger bus transport operators who are buying 'bus chassis' from the TML and ALL and other manufacturers. In the relevant market determined above, the OP is therefore, not found to be dominant".

It observed that VE Commercial Vehicles had filed an appeal against the CCI's order in 2015, with the Competition Appellate Tribunal (COMPAT), which was dismissed by the erstwhile COMPAT on account of withdrawal of the appeal. The company has also filed two writ petitions in the High Court of Allahabad, and both were rejected.

The company alleged that the UPSCRT violated Sections 3(1), 3(3) and 3(4) of the Act by favouring TML and ALL, while the Commission noted that these sections deal with anti-competitive horizontal and vertical agreements and in this case UPSRTC, TML and ALL are not engaged in identifcal or similar trade of goods or provision of services.

The order issued by Devendra Kumar Sirki, chairperson of CCI, along with members SL Bunker, Sudhir Mital, UC Nahta and Justice G P Mittal, said, "The Commission is of the opinion that no prima facie case of contravention of the provisions of the Act is made out against the OP in the present matter. Thus, the case is ordered to be closed forthwith in terms of the provisions contained in Sectioin 26(2) of the Act".

In a supplementary order, Augustine Peter, member of CCI said that while he is consonance with reasoning set out in the order, elaborated that all forms of discrimination are not hit by the rigours of the Act and while CCI can deal with collusion between the bidders participating in a tender process and submitting bids.