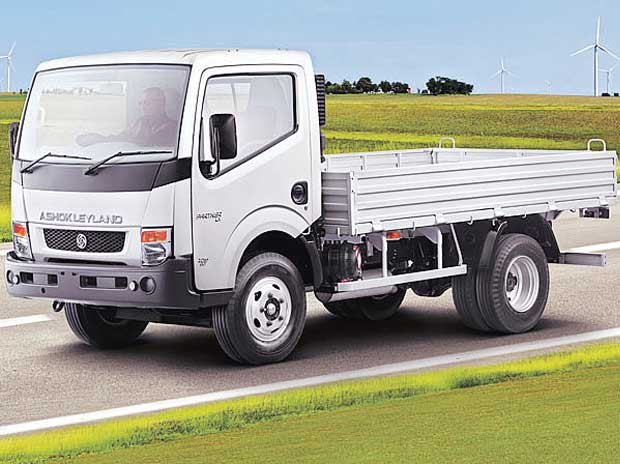 Ashok Leyland has received Competition Commission of India (CCI's) approval to buyout its Japanese partner Nissan Motors' stake in JVs, which were floated to manufacture and market Light Commercial Vehicle (LCVs). The two partners have formed three JVs for the LCV business.

The deal will lead to the exit of Nisan Motor Co. Ltd (NML) from the JVs and post the transaction the JVs will be wholly-owned and solely controlled by AL.

The JVs manufacture and sell LCVs in India only. However, the LCVs manufactured by vehicle JV are exported by AL.

Both the partners have announced a restructuring agreement in September, which they will enable both companies to enter into a new phase in their business interaction.

Under the agreement, Nissan has agreed to sell to Ashok Leyland all of Nissan's shares in three JVs that were formed in 2008. Both the partners have not disclosed the value of the transaction.

These joint ventures focus on technology development, and manufacturing of powertrains and vehicles. Under the agreement signed on September 7, 2016 by senior executives of Nissan and

Ashok Leyland will continue to build, under a licensing agreement, Dost and Partner light commercial vehicles, which are based on Nissan's design, engineering and technology. Servicing and parts availability for customers will be ensured by a technical support arrangement. In addition, the two companies have agreed to continue a deal to procure made-in-India parts to Nissan.

It may be noted Nissan has already suspended the production of its Evalia.

"We are pleased to be moving forward into a new phase of our business with Ashok Leyland," said Philippe Guerin-Boutaud, Nissan corporate vice president in charge of the Global LCV Business Unit in September.

"Nissan is committed to India and has invested substantially in manufacturing, research and development and sales networks in the country. We are on track to becoming a major player in the Indian market. Under the licensing arrangement with Ashok Leyland, Indian commercial vehicle customers can continue to benefit from Nissan's engineering, with servicing and parts availability also ensured."

In September Vinod Dasari, Ashok Leyland managing director, said: "We have decided to acquire Nissan's stake in the three joint venture companies, and this will help focus our efforts to concentrate on our core business initiatives and our customers. We will continue our relationship with Nissan under the new arrangement".

In 2014-15, Ashok Leyland said after studying its intrinsic value of investments in Nissan JV it has made an impairment provision of Rs 214 crore out of total investment of Rs 509 crore in the three Nissan JV entities.

It may be noted that the business relationship between ALL and Nissan has turned sour of late, and the Chennai-based commercial vehicle major raised a series of allegations against its Japanese partner, and moved to the court for a legal remedy.