Cash portion in car buying on the rise 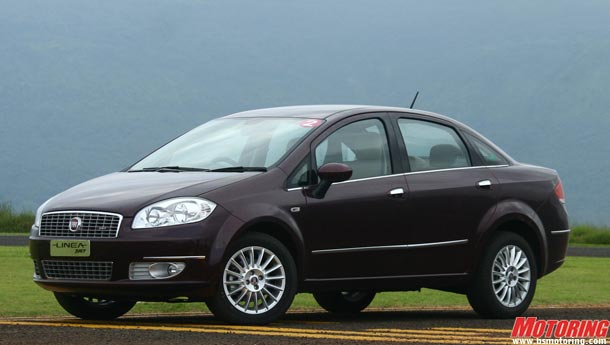 The double whammy of spiralling petrol prices and volatile interest rates on loans is driving car buyers to make payments out of their pockets rather than opting for bank loan.

Two trends are emerging from this scenario: People are either defering their purchase or increasing the proportion of down payment.


What’s more, even most carmakers are also revising their annual sales targets downwards.

“Interest rates are at a six-seven year high at present. Car sales registered healthy growth in the last two years, thanks to easy availability of finance as well as moderate interest rates. Footfall at showrooms have come down, together with an increasing number of enquiries remaining open. Add to that, the finance portion in sales has also come down, people are trying to avoid loans,” said Arvind Saxena, vice-president (sales and marketing), Hyundai Motors India Ltd, the country’s second-largest manufacturer of passenger cars.

He explained that in the last five to six months, the cash proportion of sales has risen from 33 per cent to around 40 per cent.

This is coupled with 8-10 per cent dip in footfall at showrooms and the booking-to-retention ratio coming down to 70 per cent from 85-90 per cent, Saxena informed.

At present, car sales growth is lowest since mid-2009, when the industry was hit by downturn blues. Domestic sales of major automobile players (12 out of 18 passenger vehicle makers) grew by a meagre eight per cent in May, compared to 14 per cent a month ago.

“We expect the industry growth rate to moderate to around 12-15 per cent this year, and Maruti’s growth rate would be comparable to the industry rate,” said Chief General Manager (marketing) Shashank Srivastava.

He admitted that the number of cases of car financing has come down in the last few months.

“With high interest rates, people’s sentiments become negative. A one per cent rise in the interest rate on his car loan perhaps would cost a consumer an additional expense of Rs 45-50 per lakh of loan per month, but the overall sentiment becomes negative, which gets reflected in the poor, too. Also, most consumers are running two sets of equated monthly installments (EMIs), one of a car loan and the other of a home loan. Rise in interest rates hurts in such cases,” Srivastava explained.

Interest rates in auto loans have gone up by 100-150 basis points in the last one year. A senior official in retail banking of UCO Bank admitted that there was a tendency among buyers to spend more in cash.

“The quantum of down payment is rising,” he said, adding that the bank was calculating its margins before shelling out any loan product.

General Motors India Vice-President (corporate affairs) P Balendran said, “Yes, financing proportions have come down, thanks to the market on the whole slowing down. Around 85 per cent of the cars sold in India are financed, therefore, when the market slows down, there is an immediate impact on financing.”

Most car makers are in the process of revising the yearly sales growth targets downwards.

Maruti, which grew by 25-30 per cent in the last two years, expects to end the financial year with 12-15 per cent growth. Hyundai had estimated sales growth in the range of 16-18 per cent in January.

“We then modified the target to around 12 per cent growth, but, the way things are moving, it seems we would end the year with a 10-11 per cent growth rate,” Saxena added.

Toyota Kirloskar Motors (TKM), which recorded decent growth in May riding on its new offering the Etios sedan, too feels the bias is towards a downward growth. Deputy Managing Director Shekar Viswanathan said the business optimism was definitely not as strong as the last two years.

“On top of this, with a spurt in input costs, the profitability of car companies are under pressure. For example, as crude prices are volatile, the cost of plastic components in a vehicle have risen,” he said.