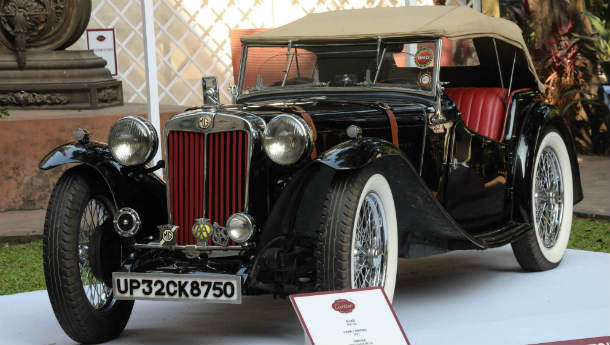 It is easily the most high-profile and spectacular vintage and classic car show held in the country, and deservedly attracts global attention as well. The third edition of the Cartier ‘Travel With Style’ Concours d’Elegance is all set to be held at the Taj Lands End in Mumbai on February 9 and 10, 2013. Previous editions of the event were held in Mumbai (2008) and in Delhi (2011), and going by the gorgeous metal that was presented at the shows, this event promises to be as good if not better than the earlier ones.

The categories of this year’s concours are:

Edwardian class: A new category, this includes cars from the turn of the century to 1919 which have been preserved in the country

Pre-War class: Marks the entry of the premium marques plus exclusive customisation done by royalty

Post-War class (American/European): After WWII and post-Independence, the kind of cars that came into the country were markedly different, plus the American nameplates made a strong impact

Indian Heritage class: Spanning 1946 to 1959, these were the cars that were assembled in India

Roadster class: This includes the sporty set of cars

Shikar class: This celebrates the unique modifications done to existing cars, but not always for big game hunting

Motorcycles: A category that makes it to the event for the first time, motorcycles will feature in Pre-War, Post-War and Racing classes

These veteran, vintage and classic machines will be judged by some of the biggest names in the automotive world. This includes legendary racers like Stirling Moss, Giacomo Agostini and Phil Read, engineers/designers like Gordon Murray and Peter Stevens and former Ferrari F1 team principal Jean Todt. Taking this year’s edition a notch higher will be the presence of Sandra Button, who as chairman, made the Pebble Beach Concours d’Elegance the preeminent event of its kind. Curated by noted automotive historian and restorer Manvendra Singh Barwani, this concours will further cement India’s reputation as an automotive treasure trove.