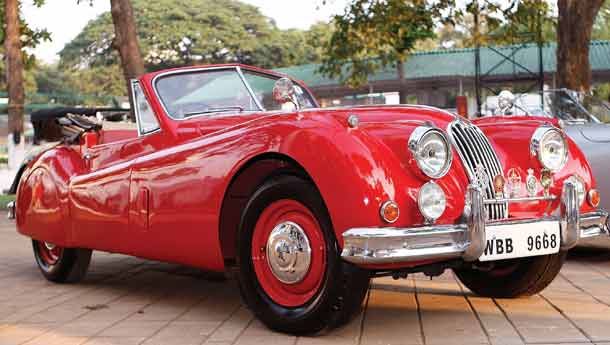 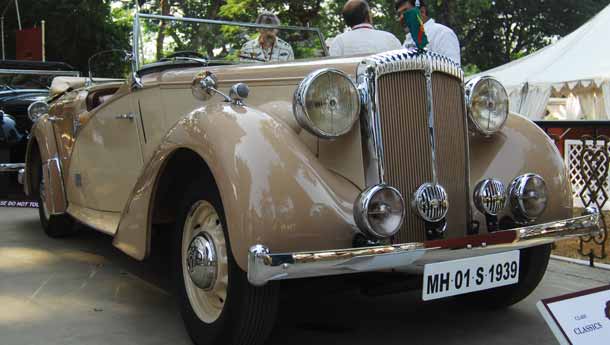 Manvendra Singh of the royal house of Barwani near Indore had a tough but enviable task. The vintage and classic car expert, restorer and author was the curator for India’s first concours d’elegance and he had to put together about 60 fine automobiles for an international-class vintage and classic car event. Now how the hell do you choose a mere 60 cars from the fabulous automotive treasure house that is India? Well, that’s where knowledge comes in and Manvendra Singh did manage to pull it off, making the first Cartier Travel With Style Concours D’Elegance to be held in India a huge success.

Held last month, at the Turf Club in Mumbai, the cars were shipped in from different parts of the country and were judged by an array of international automotive experts and celebrities. Each of the 59 cars that were present had a story to tell, that too, a unique Indian tale (in fact, regular readers of BSM would have seen full-blown features on many of the cars present at the show).

So it would have been pretty difficult for the judges as well to choose a few winners from amongst the thoroughbreds. But they managed and here is the list of winners of the key awards:

Post-War Classic – 1946 to 1959: 1952 Cadillac Series 62 owned by Diljeet Titus of New Delhi
Roadster–Convertibles from 1936 to 1946: 1949 Healey-Westland owned by P P Asher of Mumbai
Exotic (Special, unique or rebodied cars): 1923 Rolls-Royce 20HP owned by Dharmaditya Patnaik of Bhubaneshwar   Though the winning automobiles truly deserved the honours, we still decided to put together five cars from the show which we thought were exemplary. Some of them, as you’ll read further, are amongst the winners anyway. We would have loved to include a few more like Dr Ravi Prakash of Bangalore’s 1930 Delage D8, Delhi-based Diljeet Titus’ 1947 Buick Super Shikar Tourer, Indore-based Sharad Sanghi’s 1936 Daimler Double Six Royal Limousine and his 1936 Lagonda Le Mans M45R, Vijay Mallya’s 1926 Type K Mercedes-Benz and Delhi-based Ranjit Malik’s Type 630 Mercedes-Benz... sigh! Anyway, here’s our pick.

1939 Daimler DB18 Sports Tourer
Owned by Viveck Goenka
Sporting an unusual sports tourer body style by Barker, the Daimler DB18 is pretty rare – only one of two cars with this styling having survived the Coventry Blitz, Germany’s bombing of England’s industrial heart during WWII. It seems that not more than 25 examples of the DB18 in this body style were manufactured anyway. This car was imported for Prince Ali Khan, the Aga Khan’s son. While the front seats of the car are conventional, the rear two are enclosed in a dual-cowl shape and have their own individual windshields! It is almost like a two-seater coupe when in fact it is a four-seater. The DB18 is propelled by a 2.5-litre straight-six with about 70 bhp on tap

1939 Delahaye 135 MS
Owned by Maharaj Duleep Singhji of Jodhpur
It is not surprising to see why this car won the Best of Show. For one, it is exotic – a special French marque, combined with Figoni et Falaschi styling plus Le Mans-race proven chassis and engine combination. Then the story on how it changed hands. The car was imported into India by a French national and it eventually found its way into the hands of an auto dealer in Mumbai. Maharaj Hanuwant Singhji of Jodhpur bought it from him and later passed it on to his son Umaid Singhji. Now, the story goes that Umaid Singhji wanted a Jeep and his brother had a very good Willys. So he informed his brother that he was sending his sportscar across in exchange for the Jeep, and since then, this gorgeous specimen amongst automobiles has been in Duleep Singhji’s hands! The flawless body styling has also been attributed to illustrator George Hamel, famously known as Geo Ham, who worked for the coachbuilders then. Reportedly only nine of such examples survive in the world.

1956 Mercedes-Benz 300 SL Roadster
Owned by Maharaj Jyotendra Sinhji of Gondal
What do you do when you have two powerful Jaguar XK150s and nothing else to race them with? Well, you import the hottest roadster available in the world at that time and run rings around the Jags. The Maharaja of the princely state of Gondal in Gujarat certainly did not pussy-foot with what would be considered later a priceless classic – instead he pushed the famed car around the Sholavaram and Barrackpore circuits, taking part in the free-for-all Exotics category. So much so that the 3-litre engine – which has its origins in Mercedes-Benz’s Le Mans-winning racer in 1952 – has been through several overhauls. Though the 300 SL’s gull-wing version is the more famous version, the owner opted for the roadster as it could be used for top-down motoring when it was not setting the tracks on fire.   1937 Bentley 4.25-litre MX Series
Owned by the Rajmata of Jaipur
This was perhaps one of the first engines that did not have W O Bentley’s touch in the cars wearing his name. WOB, as he was popularly known, left Bentley owners Rolls-Royce to join Lagonda in 1935. The 4257cc 125 bhp inline-six however was noteworthy for its ability to cruise at great speeds. This car is one of the 202 MR and MX series of 4.25-litre Bentleys, of which a total of 1,234 were built. The series designation meant a gearbox with overdrive, bigger tyres and a different steering setup. This Jaipur Bentley, which has never changed hands, features a unique bodystyle by Hoopers after they were taken over by Barker. The side-mounted spare wheel near the front fenders was removed to highlight the streamlined shape of the body. It features a lalique rooster mascot instead of the winged B and also has a provision for three royal flags: the centre one for the maharaja and two on either side were used when the maharaja had a royal visitor.

1949 Healey-Westland
Owned by P P Asher of Mumbai
The Maharaja of Idar, again a princely state in Gujarat, was a keen aviator. So when he knew that an offshoot of aviation company Westland was manufacturing cars along with racing driver, designer and engineer Donald Healey, he immediately signed up for one. The car was one of the first to showcase Healey’s obsession of matching powerful engines with a lightweight body structure. Hence the Healey-Westland uses a host of aluminium parts including the body shell which makes it lighter, while a 104 bhp 2.4-litre double overhead-valve tuned Riley inline-four engine does duty under the hood. It’s another thing that only 64 of these cars were known to have been made – which makes it pretty rare – and it’s the only one in India. It was later found in a very bad condition and current owner Asher single-handedly brought it up to concours condition.