Cars that deliver 50 kilometres to the litre? Could be possible very soon 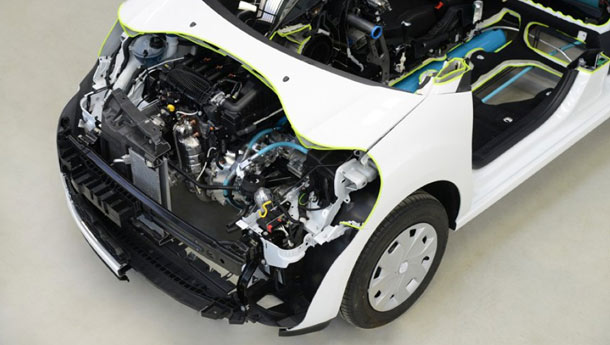 The problem with our current-generation of hybrids is that they cost way too much, need way too many rare earth metals to function and if you look at the overall environmental benefit over the whole lifespan of a car, its really not that economical, or green for that matter. PSA Peugeot Citroen’s upcoming new hybrid system could change all that.

What they’ve implemented in this ‘Hybrid Air’ system is a battery-less hybrid system that uses compressed air stored in tanks inside the car to assist in powering the main internal combustion engine. The system runs on three modes - Air, Gasoline and Combined - adapting to the various changes in driving conditions and could have various benefits over our regular petrol-powered cars as well as hybrids on sale today. Firstly, it could deliver up to 50 kilometres to the litre, which in itself could be reason enough for it to be The National Car of India. Secondly, the technology is affordable, doing away with batteries and sophisticated hybrid sub-systems. Thirdly, they claim the engine’s emissions can be as low as 69g CO2/km. Put a diesel in there instead and you’ll have 2 billion Indians queuing up, even though only a few of them know how to even pronounce the brand names.

Peugeot Citroen say that they will deploy this system on B-Segment models by 2016. Should be a crackin’ way to start off their second innings in India, if they can get their current problems sorted, that is.

Want to know more? Check out the video!