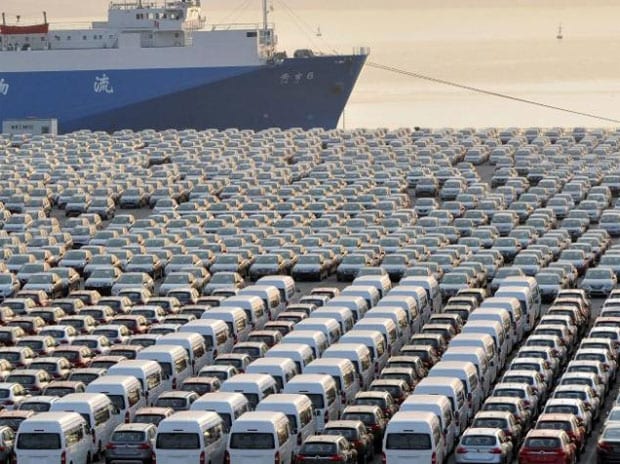 When Maruti Suzuki Chairman R C Bhargava said last month that cab aggregators, such as Ola and Uber, will be the company’s “biggest” customer, he was probably aware of the growing sales volumes generating from this segment. The country’s biggest carmaker sold about 60,000 vehicles to these aggregators in the nine months ended December 2016, growing 67 per cent over the year-ago period.

The volume of 60,000 units is also significantly higher than the 48,000 vehicles sold to aggregators in the entire FY16. No wonder then that the company is warming up to these buyers. Recently, the company offered to train 40,000 drivers for Ola and another 30,000 for Uber. These training will be done over three years and could generate several thousand new sales.


“When an individual buys a car, it runs for a few thousand kilometres every year, and the car can last for 20-25 years. With an Uber or Ola, it may run 40,000-45,000 km a year and the replacement cycle is shorter. More cars will be used and ownership spectrum will change,” said Bhargava.


Disagreeing with Anand Mahindra’s view (in 2015) that Uber and Ola may act as a threat to car ownership, Bhargava said, “I do not see these aggregators as a threat. They are positive. Anything that offers an economic solution is good for the customer. If it is good for the consumer, it has to be good for the industry.”


A Maruti spokesperson said it was difficult to estimate the kind of growth that would come from these buyers. “But, since the running cycles of cabs which are more than personal vehicles, we foresee shorter replacement cycles for the cars.” For a company which controls over 47 per cent of domestic passenger vehicle market, aggregators already form about six per cent of sales. “I am not concerned with who owns the cars. I am concerned with how many cars are sold,” added Bhargava.


The action at Maruti’s nearest rival, Hyundai, is also significant. The Korean carmaker started focusing on aggregators in the second half of 2015 calendar year when it sold about 1,500 units. In 2016, the company sold more than 11,000 vehicles to these and had set a target to double the volume in the current calendar year.


Rakesh Srivastava, senior vice-president (sales & marketing) at Hyundai, said the scenario had changed. “Earlier, these tie-ups and alliances were the need of shared-mobility companies. Now, we look for opportunities to expand the partnerships. We are looking to woo more such players. This will emerge as a key growth segment.”  The company said it was enhancing its engagement with bulk-buying customers. Special schemes are offered to engage the cab aggregators, including annual-maintenance-contract packages, extended warranty and so on. Dealerships also conduct on-ground activities and offer attractive finance options. Hyundai is also planning various technical and behavioural training programmes for drivers empanelled with the aggregators.


Excluding the two leading players, which together control around 65 per cent of Indian market, other players in the segment also continue to see high growth. “The share of fleet sales in overall passenger vehicles sales has grown to double digits in the past few years. The fleet market has also outpaced the overall annual growth rate of passenger vehicles in the country,” said Arun Malhotra, managing director at Nissan India.