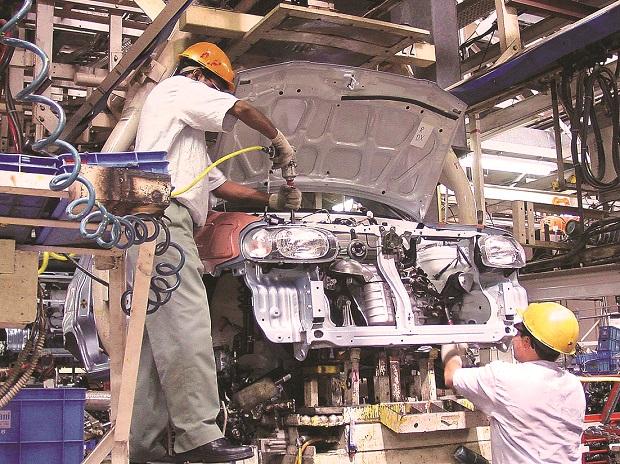 Car buyers have a reason to cheer — at least temporarily. In a departure from the previous trend, majority of passenger vehicle makers have refrained from going for an immediate price hike even as prices of key raw materials including steel, aluminium, copper, have risen sharply in the recent past. This, despite most companies seeing a good volume run, which in turn give them enough power to hike prices.

Passenger vehicles sales in India rose 7.8 per cent to 3.2 million in 2018-19, according to Society of Indian Automobile Manufacturer (Siam). But most including volume carmakers Maruti Suzuki India and Hyundai Motor India have chosen to absorb input cost increase for the time being.


Price changes in the car market are governed by the price leader. Maruti, the maker of Baleno and Brezza models, hasn’t increased car prices yet, setting precedence. January was the last month when Maruti and others increased prices as they entered the new model year. In an earnings call earlier this month, Ajay Seth, chief financial officer at Maruti said even as increasing commodity prices have been bothering for some time, the company would go for a price increase only when it’s a must. So far, cost control measures coupled with a better product mix - higher contribution of pricier models in its overall sales mix - has helped the company keep prices in check. “We do not want to exploit this opportunity just because customers like our vehicles and there is a waiting time,” said Seth, adding, “We go for a price increase only if it becomes extremely necessary.”


Hyundai, the second-largest carmaker in India, and Honda Cars India also have not passed on the effects of commodity price increase. Rakesh Srivastava, director sales and marketing at Hyundai India, declined to comment. A spokesperson at Honda also declined to comment.


The only companies in the mass segment that have passed on the cost increase are Tata Motors, which took a price hike of up to Rs 60,00 across its product line up last month, and Mahindra & Mahindra that has announced hiking prices by 1.43 percentage points across the range.


“It’s a fine balance between demand and profitability. While everyone has their own reason to hike prices or not, most are refraining because there is momentum on the ground, and companies are looking at profitability through volume rather than just pricing,” said Veejay Nakra, senior vice-president, sales and marketing, automotive sector, Mahindra & Mahindra. He said M&M tried striking a balance between the two by taking a small hike of 1.5 per cent across its passenger vehicle models.


Toyota Kirloskar Motor, too, has increased prices but for a different reason. This is to offset the increase in Customs duty on completely-knocked-down kits. N Raja, deputy managing director, Toyota Kirloskar, said, “With monsoon setting in, the June quarter is typically slow. We can’t take frequent price increases and disturb the apple cart that is why most of the manufacturers are holding back price hikes.”


Mahantesh Sabarad, head retail research at SBICAP Securities, said price change is also a function of the level of inventory at a company. The best time to increase prices is not when there is high demand because you end up disturbing volumes; you do it when there is low demand. “The principle of economics doesn’t always work in real market condition,” he said, adding that a price hike in a slow market induces demand as people tend to advance purchase to avail discounts on the billed amount.


Both Maruti and Hyundai are operating at optimal capacity utilisation and low inventory levels, this has helped these companies control and absorb costs said Hitesh Goel, analyst at Kotak Institutional Equities.