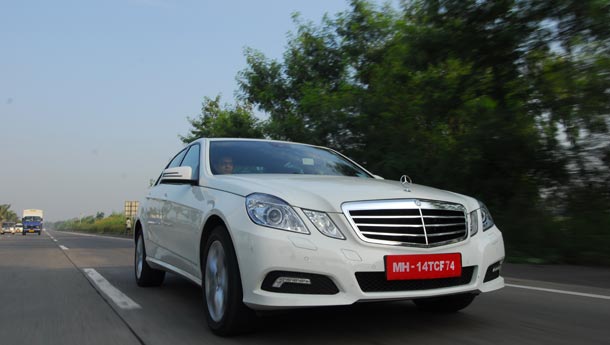 Four years ago, the American auto industry was so opposed to higher fuel economy standards that executives of Detroit camped out in Washington in an unsuccessful bid to undercut them.

“The standards are going to be quite stringent and a challenge,” said Scott Becker, a senior vice-president in the United States for Japanese automaker Nissan.

On Friday, when President Obama is scheduled to announce even stricter standards — in fact, the largest increase in mileage requirements since the government began regulating consumption of gasoline by cars in the 1970s — the chief executives of Detroit’s Big Three are expected to be in Washington again.

However, this time they would stand in solidarity with the president, who would also be surrounded by some of Detroit’s highest-tech — and most fuel-efficient — new vehicles.

While the American carmakers, as well as their Asian rivals, once argued against even minimal increases in government fuel rules, they are acquiescing without protest to an increase to 54.5 miles per gallon (23 km/litre) by 2025, from the current 27 miles per gallon.

The new standards are seen by the Obama administration as critical to reducing oil consumption and cutting consumer expenses at the pump, and the White House made it clear to Detroit executives that the changes were coming and they needed to cooperate.

It is an extraordinary shift in the relationship between the companies and Washington. But a lot has happened in the last four years, notably the $80-billion federal bailout of General Motors, Chrysler and scores of their suppliers, which removed any itch for a politically charged battle from the carmakers.

And the auto companies have gotten a lot better at building popular small cars that are fuel efficient — thanks to gas-electric hybrids and advances in battery technology —and consumers are responding. Six of the 10 best-selling vehicles in America are small or midsize cars, and one of the most popular pickup models on the market is a Ford F-Series with a high-mileage, six-cylinder engine.

Still, the industry’s meek acceptance of what are considered extremely challenging fuel-economy goals is a marked retreat from years past, when the companies argued that consumers would not be willing to pay for the technology needed to meet higher mileage requirements.

“The auto companies’ level of vitriol and rhetoric has changed,” said Dan Becker, director of the Safe Climate Campaign, a group that works to mitigate global warming. “We welcome all epiphanies.”

The new mind-set in Detroit has been helped by some give and take on the government’s side. GM, Ford and Chrysler pressed for less onerous mileage goals for their profitable pickup trucks and got them. And the administration agreed to revisit the new requirements halfway through their course.

In the end, though, Detroit was faced with an undeniable political reality: there was no graceful way to say no to an administration that just two years ago came to its aid financially.

“This was no time to fight these regulations,” said one Detroit executive, who spoke on condition of anonymity because of the nature of the closed-door negotiations. “And you’re starting to see these fundamental shifts in the market that play a huge role in this.” Environmental groups find themselves in the unusual position of lauding the automakers for making fuel economy a priority in virtually all their newest products, from the tiniest subcompact to the heaviest pickup.

The proposal to be introduced by the president calls for a five per cent annual increase in fuel economy for cars from 2017 to 2025. The gains are more modest for the light-truck category, which includes sport utility vehicles — 3.5 percent a year through 2021, and then five per cent annually in the next four years. The standards announced four years ago run through 2016, requiring a corporate average of 36 miles per gallon by then.

Over all, the new standards will require a 54.5 miles per gallon corporate average for 2025. That standard would be made more easily achievable by credits that automakers can earn by producing battery-powered vehicles, hybrids and alternative-fuel models. ©2011 The New York Times News Service